Doo doo doo doo doooooo, driving home from the library where I just dropped off eleven books that were just a few days late and one book that was due seventeen weeks ago but I didn’t know about it until the library called me to ask me where the F it was so I had to search around the house like a maniac and finally found it under Holden’s mattress. WTF, kid, it’s a book about ferrets, not a Playboy.

Hmmm, maybe I’ll take a longer route home. You know, because it’s the scenic route. Bwhahahahaha. There is no such thing as the scenic route in our town. Ohhhh, look at the beautiful sunset over DSW. Seriously, that’s as pretty as it gets. Not that I haven’t bought some seriously beautiful shoes there.

So a few years ago, I was at a playdate and my friend and I had this conversation.

BELLE: Did you hear about the boy in Springfield?

BELLE: At the hot dog place?

Nope, no, I do not want to hear. Because even though I’m sitting there praying she says something like, “He found a finger in his French fries” or “He got kicked out of the restaurant for pooping on the table,” I’m pretty sure from the tone of her voice that this is going to be worse. Much worse.

BELLE: He choked on a hot dog.

A million questions go through my head. Where were his parents? Had they cut the hot dog in half? Were the kids sitting at a different table and no one noticed? Did they just find him slumped over and then realize? Did they notice while it was happening and try to do the Heimlich? Did they sweep his mouth with their finger and push the hot dog farther into his throat? Did the mother scream? Did the whole restaurant notice this was going on? Was the boy afraid? Oh my God, how awful.

And for years, I’ve been thinking about it. I mean not incessantly every single day, but pretty much every time I cut a hot dog in half for my kiddos, I think about that boy and his poor, poor family.

Before I had kids, this kind of story would spontaneously combust in my mind a few minutes after I heard it, but nowadays, there’s a little section of my brain where these stories stack up and haunt me. The boy who went to the public pool with his camp and drowned. The girl who was crushed by the bookshelf that fell on her. The two-year-old who went down for a nap and didn’t wake up. I mean this kind of shit doesn’t happen every day, but it gets talked about so much, you would think it’s not all that rare. And then I heard the worst one of all. I flipped on my television one day (thank God the kids weren’t around) and there it was. Newtown. Oh my God. Not OMG because this is way too serious for an acronym. Oh my God, oh my God, OH MY GOD. As I watched the news unfold, my heart broke into a thousand pieces for those families. I would say I can’t imagine, but I can. I imagine it all the time. What that scene must have looked like with all those adorable little first graders. The thought of waiting for your kid to come out of the school, and waiting. And waiting.

Hold on a sec, I need to grab a tissue. Seriously, it is impossible for me to think about Newtown without getting teary-eyed. And here’s the thing. It’s turned me into a crazy person. I mean the hot dog story made me start cutting my kids’ hot dogs down the center, and the bookshelf kid made me bolt my one and only bookshelf to the wall even though it’s in the guest room where the kids never go, and the two-year-old who never woke up made me watch the video monitor a little closer, but the Newtown story has literally made me act like a crazy person. It’s what makes me take the longer route home from the library. Not every day, but once in a while. Why?

Because the longer route means I can drive by my daughter’s school.

About a block away, I start looking for flashing lights. Are there any cop cars or fire engines? Nope, the school looks peaceful from the outside. But Newtown probably looked peaceful from the outside too. At least until everyone started running out. And then I’m closer to the school and I see a man going in. Is he a workman or a teacher or is he some messed-up kind of psychopath who has two guns under his coat that he’s going to whip out when he gets to the office? My mind starts to go to a bad place, but then I see that he’s just a sandwich delivery guy. Phew. But I hate that I even think this way. It cannot be normal.

And sometimes when Zoey’s jumping out of the car in the morning, I make her jump back in to give me a kiss or I’m careful to yell, “I love you!!” even though three minutes earlier I was going ballistic on her because she wouldn’t put her seat belt on. I make sure that last moment when I say good-bye for the day is extra loving. Because what if it’s the last time?

I can’t be totally crazy because I’m not the only one who’s thinking about the worst-case scenario. One day earlier this year, Zoey came home from school and told me they practiced a lockdown drill, you know, in case a skunk got into the building. That’s what they told the kids since they’re only kindergarteners and how can they tell a bunch of kindergarteners that it’s actually because a crazy man went into a school in Newtown and sprayed all the first graders with bullets and turned all those sweet little babies into angels. No, we can’t tell kindergarteners that.

I guess I’m a grown-up so I can handle it. But not really.

This was the hardest chapter to write in my new book I Want My Epidural Back. I pray I did justice to the difficult subject matter. It’s available at Amazon, Barnes & Noble and everywhere else books and ebooks are sold. And don’t worry, the other fifty-four chapters might make you cry too, but only because you’re laughing so hard. 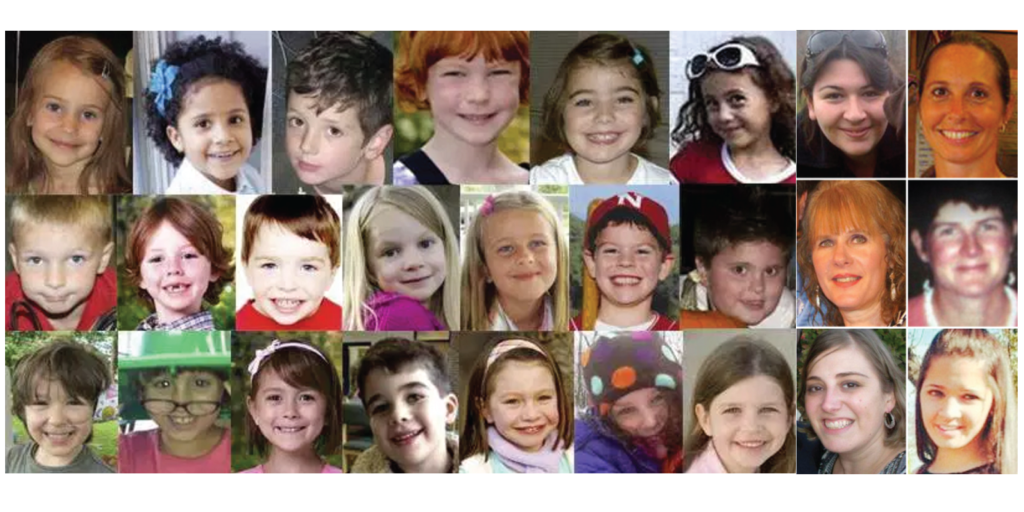