(FYI, the anatomically correct words have been asterisked because Google sent me a scary warning about this post. It originally used the REAL anatomical terms, but I had to change them)

Dunnn dunn… dunnn dunn … dun dun dun dun dun dun dun dun. In case you’re wondering WHAT that is, that my friends is the music to Jaws, the same threatening music that’s been playing in my head for the past year or so every time I think about the talk I need to have with my almost-ten-year-old daughter. You know, the talk.

The birds and the bees.

Don’t get me wrong, we’ve talked about how babies are made—the egg and the sperm and all that stuff—but I left out one itty-bitty part.

The p in the v part.

I’ve waited and waited for her to ask, but nope, she never did. Some kids ask a million questions and these things come up naturally, and some kids don’t. I mean yeah she asks questions—why is the sky blue, what happens when you die, why hasn’t there been a girl president—but she’s never asked about this.

So I had three choices:

1. I could let her learn about it on the playground from one of those boys who uses the “SH” word and the “F” word and lots of other “letter” words. Nope nope NOPE.

2. I could let her learn about it next year at school and be totally mortified in front of her classmates. Nope nope NOPE.

3. I could be a grownup and put on my big girl panties and say embarrassing words like p**** and v***** without laughing too much. Yup yup YUP.

Oy vey, this was NOT something I was looking forward to.

The first thing I did was dig up this amazing book I bought when I was explaining some other stuff to her a while back. 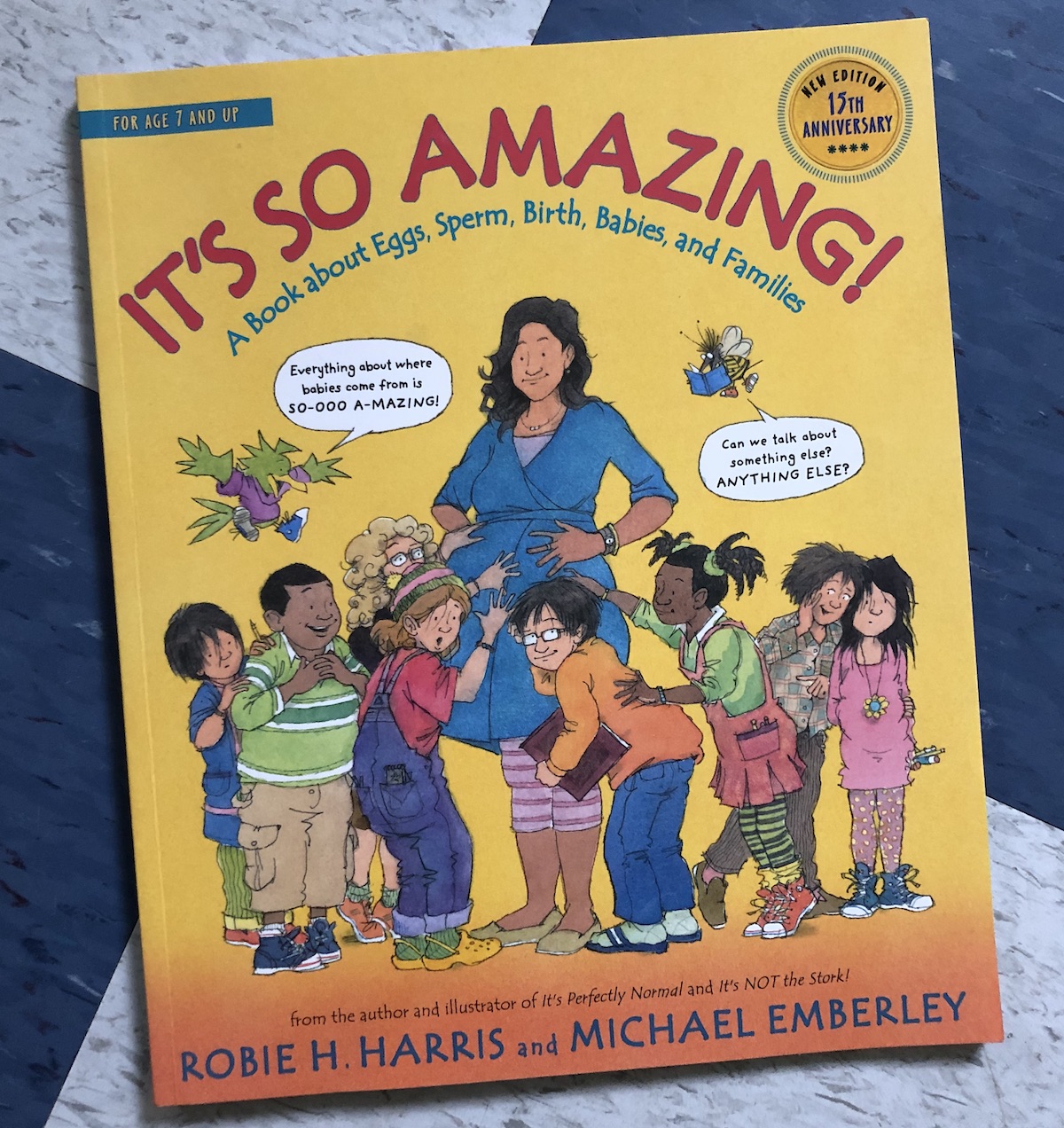 FYI, I am an Amazon affiliate so I can earn a little moola when you click on my links.

Okay, can I just say that EVERYONE should have this book in their house. I got it for Zoey a year or two ago and started to look at it with her.

ZOEY: AGGGHHHH, but WHY does he have to be NAKED in the picture?!!!!!”

Ummm, maybe because they’re explaining what a p**** is. She clearly wasn’t ready yet so I left it in her room in case she ever wanted to take a peek at it on her own without her mortifying mother explaining everything.

Anyways, back to our big talk. It was time for the birds and the bees discussion and I planned to talk to her when I knew the guys were gonna be at soccer. Perfect! They’ll be kicking around some balls while we discuss some balls. Tee hee hee. Wait no, stop making jokes. Remember, YOU are the grownup here. Oh crap, we’re in trouble.

So the dreaded morning finally came around and the boys left the house, and I had already mentioned to Zoey that we were going to have an important conversation that day.

ME: Zoey, come to the couch!! We need to talk about something important!!

She lay down on the couch and I was sitting there wondering whether I should bail on the conversation and just take her out for donuts instead. Mmmmmm, donuts. Nope nope nope, do not get distracted. It is time.

ME: Do you want to look at this book while I talk or would you rather me just explain it?

ZOEY: You just explain it.

ME: Ummm, so you know how babies are made?

ZOEY: Mommm, I know this already. The egg and the swimmy things and all that.

ZOEY: I KNOWWW this already.

ME: But do you know how the sperm get from the man to the woman?

(okayyyyy, this is it, I’m about to find out whether she already knows about sex.)

ZOEY: Ummmmm (I can tell she’s really thinking) I guess I just always thought when you kiss someone that some of the saliva goes in her mouth and that’s how.

ME: Wow, that’s actually good thinking. But there would be A LOT of babies in the world if that were how it worked.

ME: When a man and woman are in love, they start kissing and hugging and then the man’s p**vate part goes into the woman’s…

(damn it, you can’t just say p**vate parts because she won’t know WHICH ones)

Annnnd this is the moment that her eyeballs literally popped out of her skull and I had to pick them up off the floor and put them back into her head. Pop, pop! Seriously, her reaction was pretty dramatic. She started rolling around on the couch and holding her head in her hands while moaning…

ZOEY: Oh my gawwwwd, Mommm NOOOO, I am NOT old enough to hear this.

ME: Honey, they’re going to teach this at school next year, and there are going to be kids in the classroom who have never heard it before, and the first time they hear it is going to be in front of everyone.

ZOEY: (thinks about it) I feel bad for them.

And I could see that this sobered her up a little.

We talked about it a little bit more (stuff like you have to be in love and that it’s not something you do until you’re a grownup, etc), but not too much because she’s a kid who doesn’t ask too many questions and to be honest I don’t think she’s ready for too many details yet. And when we were mostly done I made her make two very important promises.

ME: Okay, you have to promise me two things.

ME: You have to SWEAR that you will never ever tell any other kids about sex because some of your friends don’t know yet and it’s their parents’ job to tell them. Not yours.

ME: And you have to SWEAR you won’t look any of this up on the Internet because I don’t want you to accidentally find something bad. If you want to look something up, just come to me or Daddy and we can do it together, okay?

And I literally made her shake my hand to make both promises.

ZOEY: I swear. (thinks a little) Mom, I’m kind of grossed out by all this.

ME: I know, it’s a little weird. But it’s actually kinda cool if you think about it. I mean, nature made us like puzzle pieces that fit together.

ZOEY: Ugggghh, Mommm, gross. I am NEVER EVER doing a puzzle ever again.

Awesome. I’m pretty sure I ruined s** AND puzzles for her.

Now I just hope she sticks to her promises. Well, except one. I secretly kinda hope she tells her brother one day so I don’t have to do this again. Or maybe I’ll just let my hubby handle that one.

And if you are interested in any other books that might help you have these, uhhhh, difficult conversations with your kiddos, here are a few that I’ve either used or have heard are awesome! And feel free to share any helpful materials you’ve used OR hilarious stories about when you had THE talk. 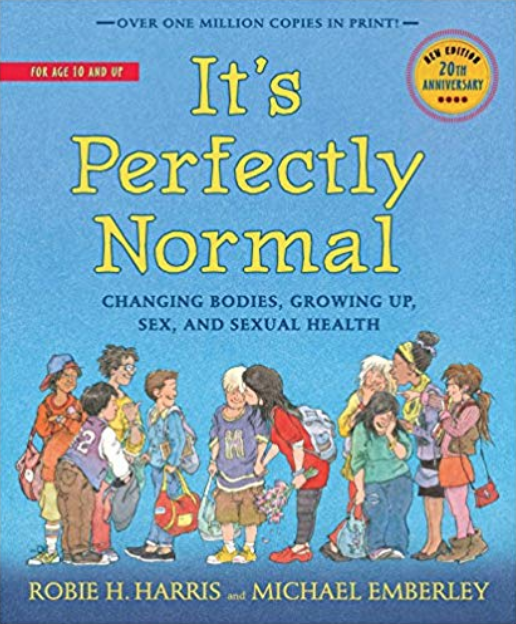 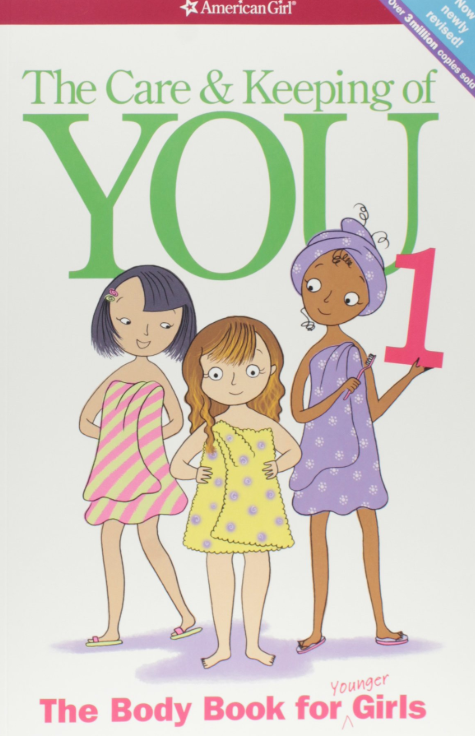 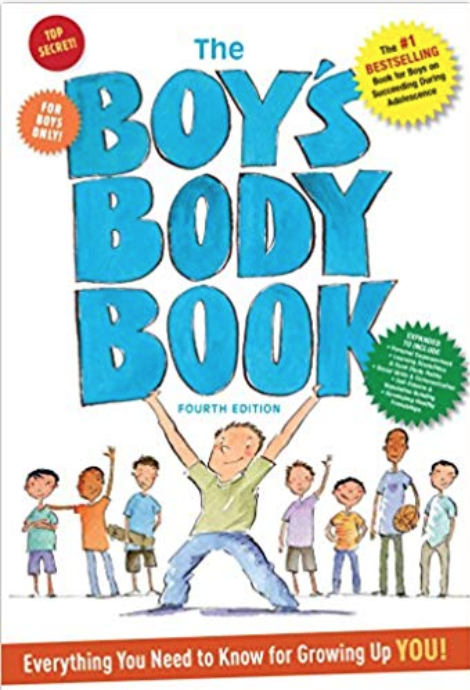 Tags: the birds and the bees
There are 10 comments for this article