You guys, I made a mistake. A HUGE mistake. And I’m writing this blog because I don’t want you to make the same mistake. We’ve gone to Disney, Sea World, Universal, Great America, zoos, water parks, and like a million other places, but we’ve never gone to Legoland. Even though my kiddos are total LEGO fanatics. 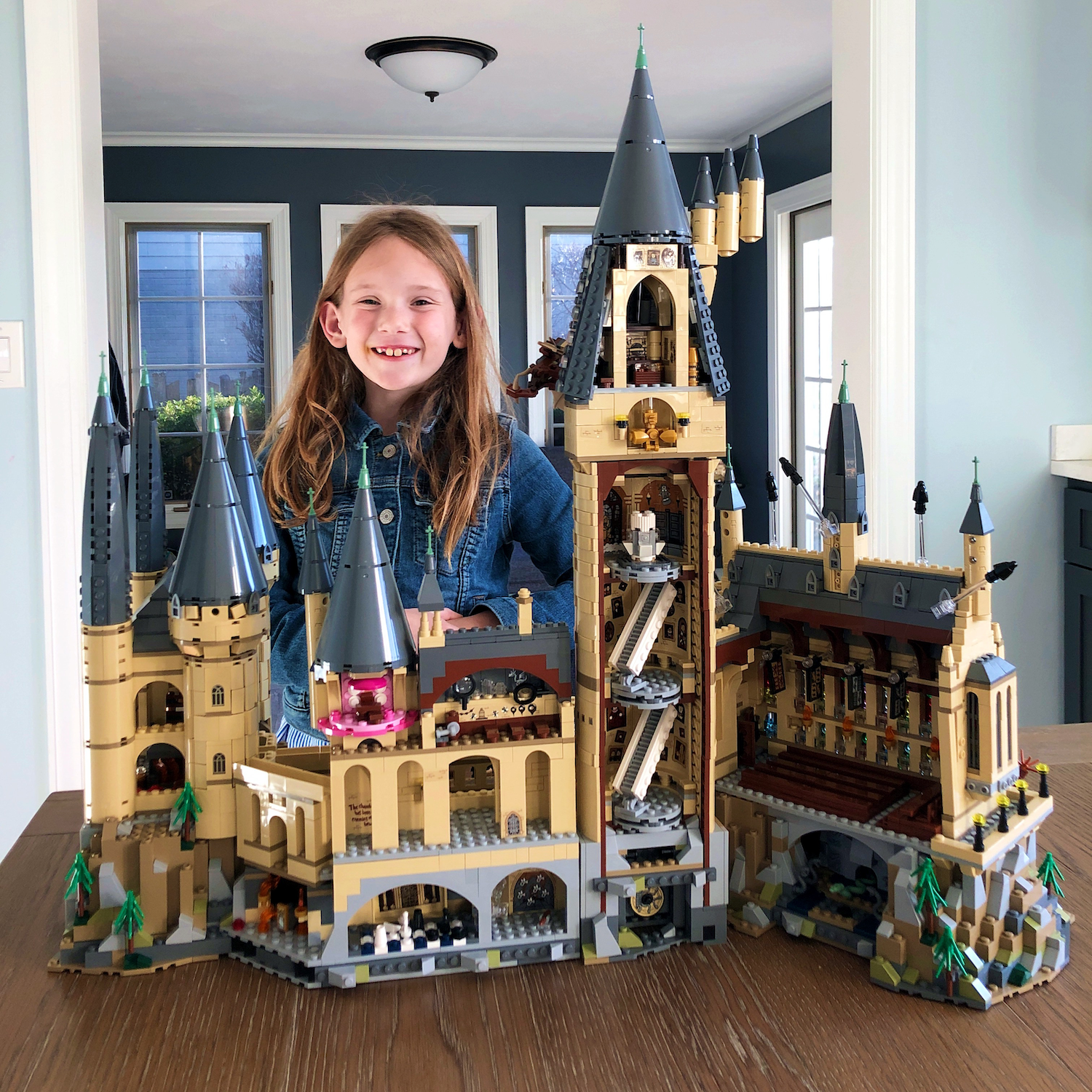 Here’s the thing. I’ve always looked at the website (and the price tag) and thought it looked kind of dinky compared to the bigger parks. I mean why should I spend all that money on a park that we can finish in half a day? And aren’t my kids too old for it? But then we booked a last minute trip to San Diego over Spring break and ended up at Legoland California. And now I know.

I was wrong. Very wrong.

Everything really is awesome at Legoland. Like when we’ve gone to “other” parks I can spin around and see kids having meltdowns in every direction. Overtired, cranky, hopped-up-on-sugar, coming down from sugar highs, rugrats who are completely losing it, etc etc etc. But not at Legoland. Want to know why?

Here’s my best guess. I think maybe it’s because Legoland is like way more chill than a lot of the other parks and wayyyyy more manageable. The map is super easy, the lines aren’t insane, and parents aren’t freaking out trying to get through a humungous park.

“Aggghhhh, we still haven’t done It’s a Small World or Pirates of the Caribbean and ohhh myyyy goshhhh, why did we waste all that time on the PeopleMover?!!!”

But I digress. Seriously, the fact that Legoland is a little dinkier than the other parks is actually what makes it so amazing. So anyways, now that we’ve gone there, I want to give you five tips if you’re thinking about going too.

This park is perfect if you have little nuggets or medium nuggets (ours are 7 and 9-years-old). But there IS a cutoff. Another year or two and my kids would have aged out. So go sooner rather than later.

The good news is, there are soooo many easy rides for little ones. The other good news is, if they’re a little older they won’t be afraid of a single thing in the park. Like when we went to Disney I was begging my rugrats to go on rides like the Haunted Mansion and Space Mountain (I finally convinced Zoey… and by convinced I mean paid her to go with me), but at Legoland, they could totally do it ALL without being scared. There were even a couple of rides they could do all by themselves and they were sooooo excited for the independence. 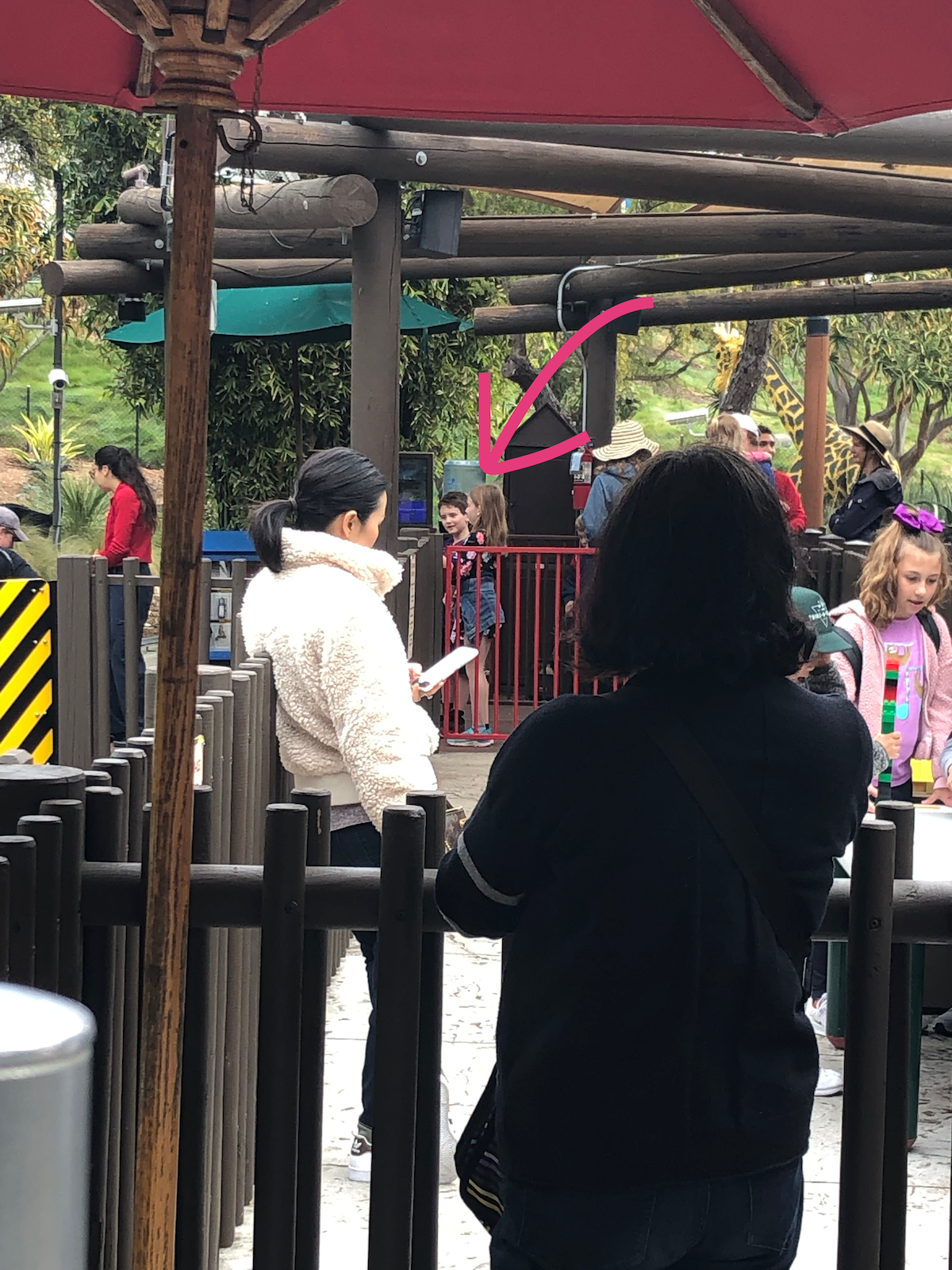 Holden literally called this his Patronus moment the other day, and if you don’t read Harry Potter you might not know that your Patronus moment is the happiest moment you can think of in your whole entire life.

2. Stay at the Legoland hotel

I mean yeah it’s expensive, but if you’re debating, I think it’s worth it. Admission to Legoland came free with our room and the website says it’s walking distance from the park, but that’s kind of a lie. It is literally AT the park. Like you walk out the door and you’re at the entrance to Legoland. 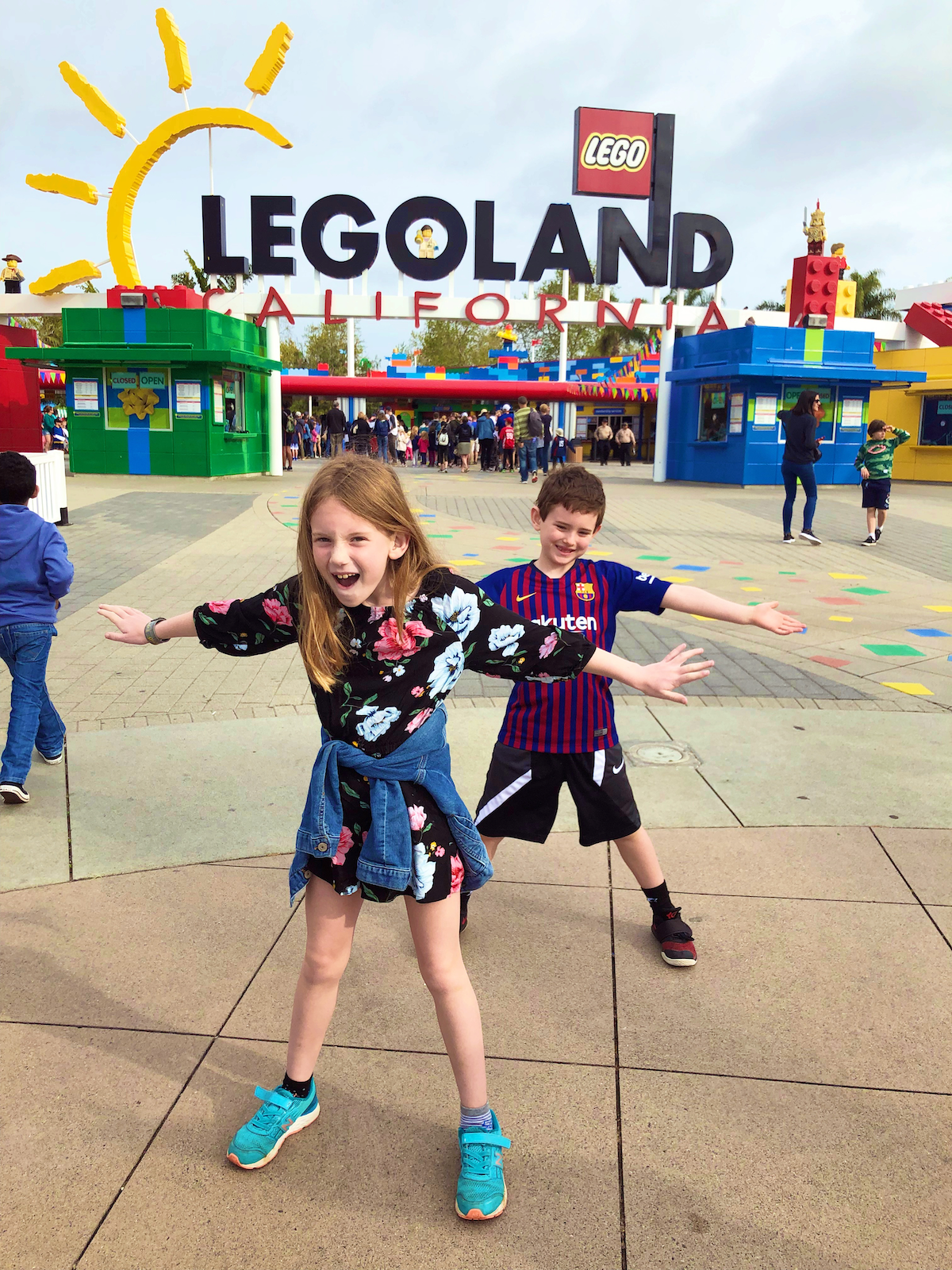 And the hotel itself is literally its own experience (In case you’re wondering, we stayed at the Castle hotel which is the newer one but the other one looked awesome too).

The second we walked into the lobby, there was this GIANT bathtub of LEGOs that my kids immediately climbed into. I was kind of annoyed they were probably getting Ebola and Typhoid, but I decided it was worth it to have them occupied while I was busy checking in. 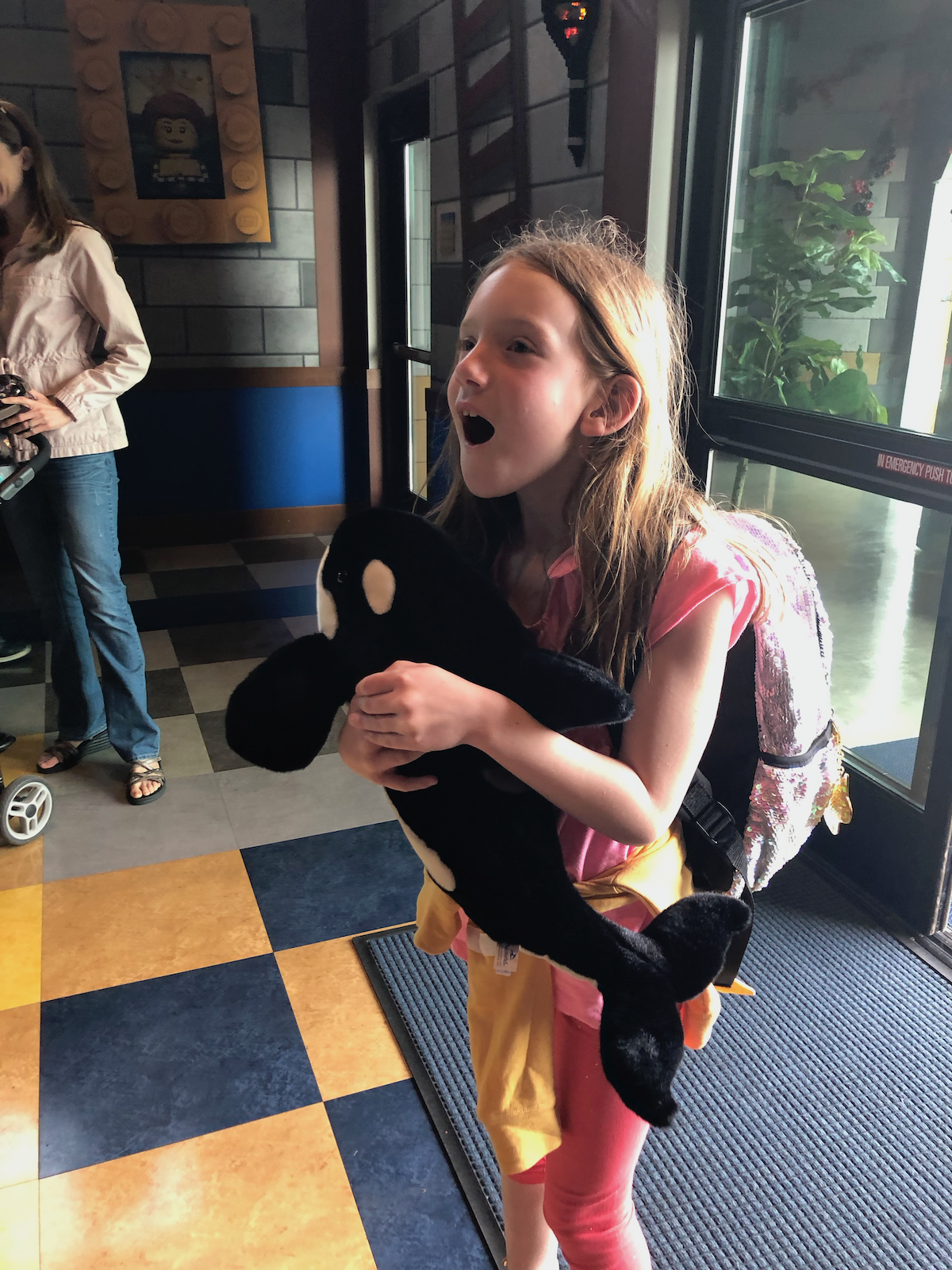 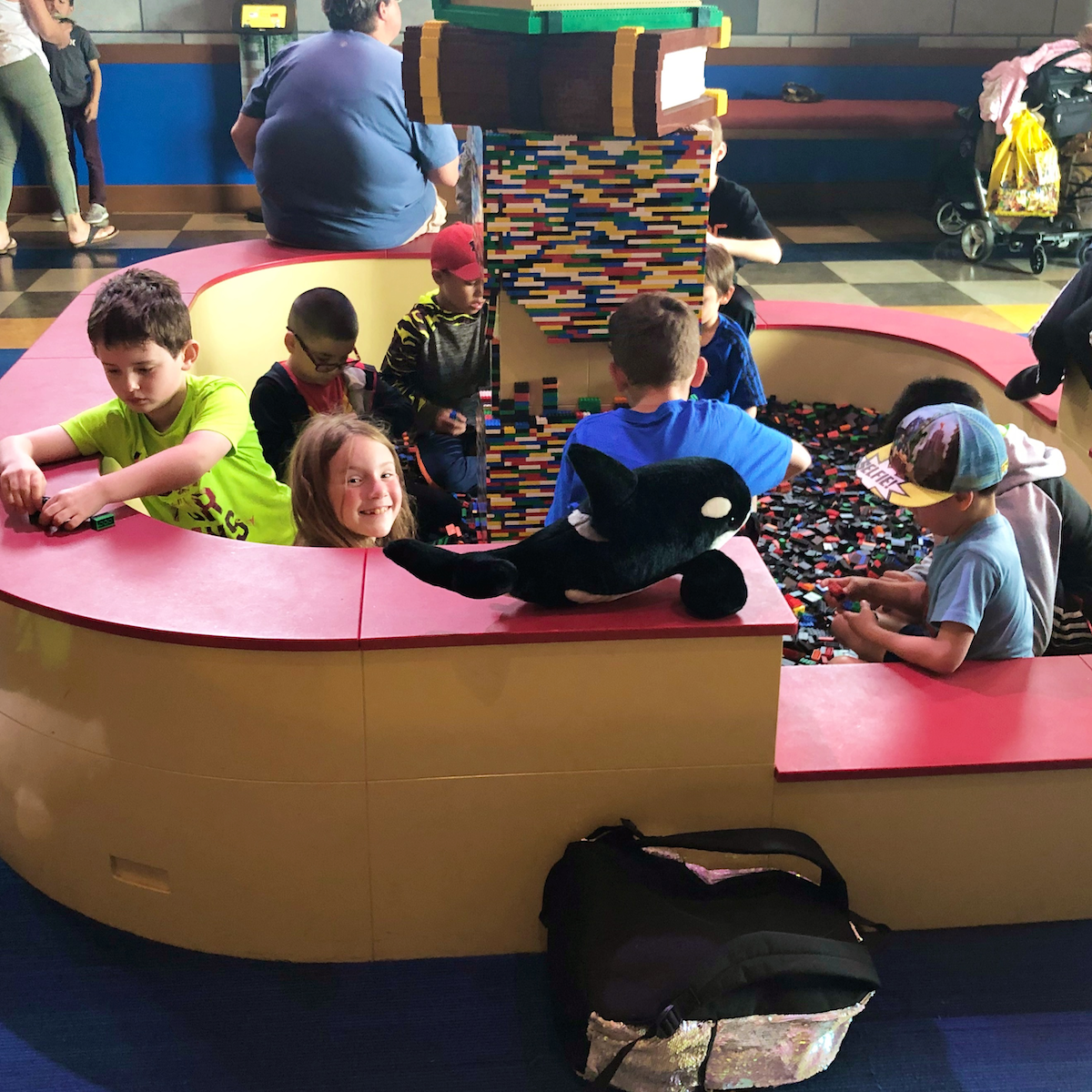 I mean I’m sure the Knights and Dragons and Royal Princess-themed rooms are equally as awesome, but the Wizard ones are on the top floor (penthouse babyyyy!!!!!) and they are seriously cool. 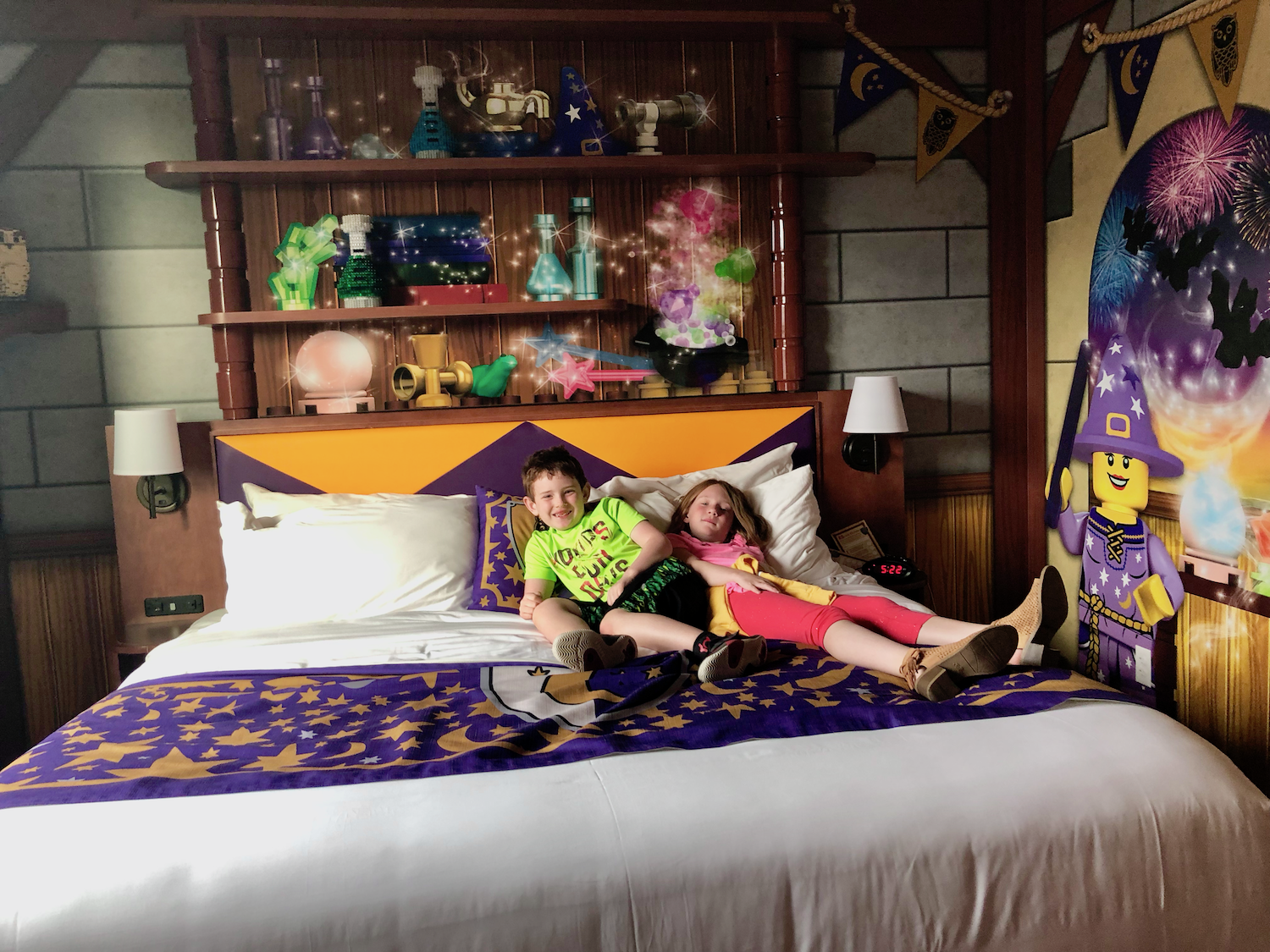 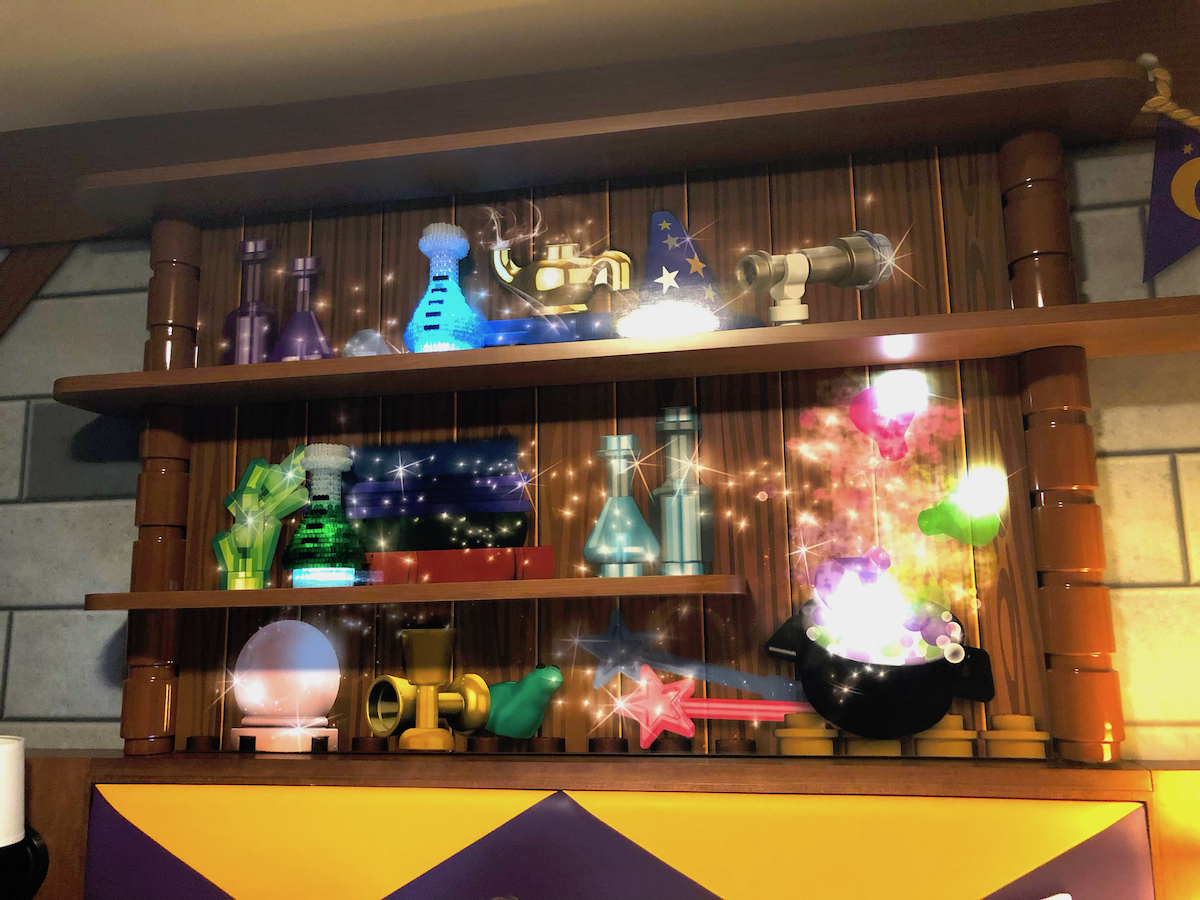 This whole thing lights up with the flip of a light switch. 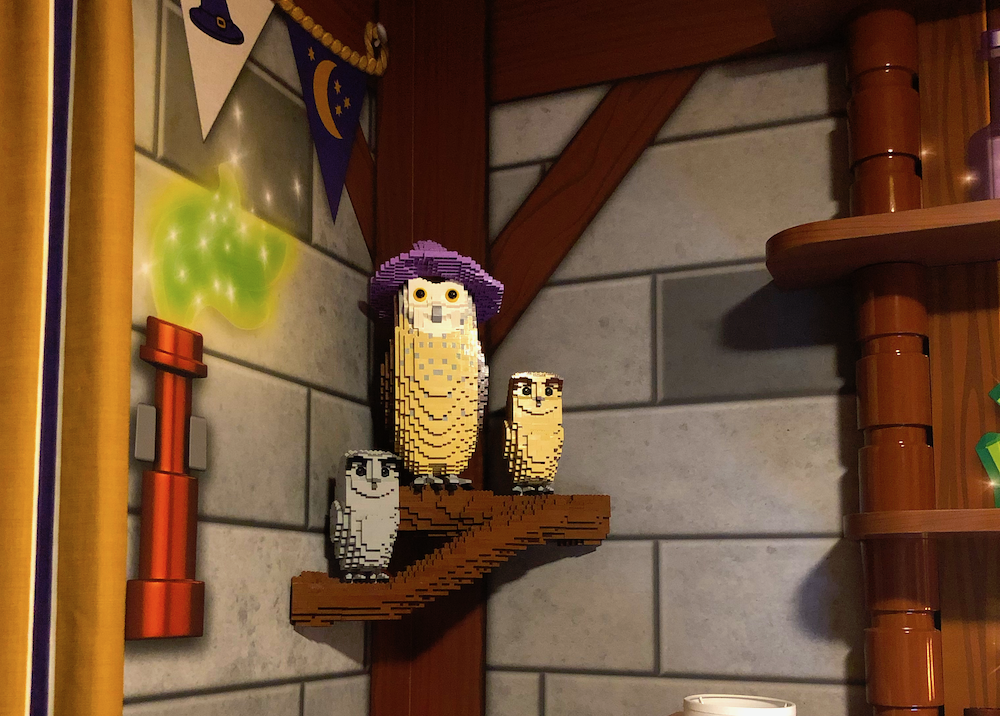 Best part of all? The rooms come with a separate little bedroom for the kiddos. As in their OWN room, AWAY from yours. With bunkbeds! 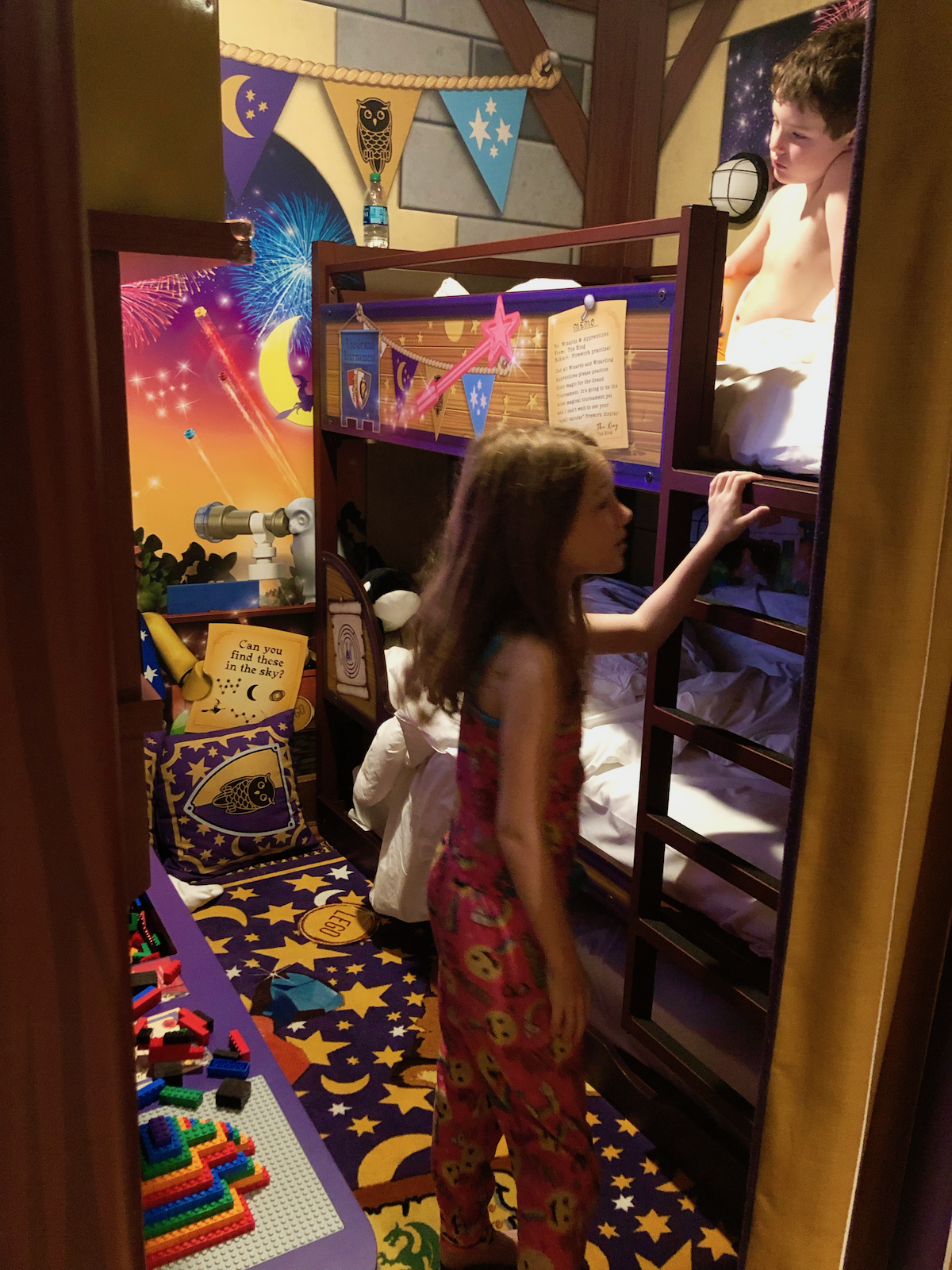 It even has a totally kickass LEGO play area and a TV so if your kids wake up at the crack of dawn, they’ll be too entertained to come out and bother you. 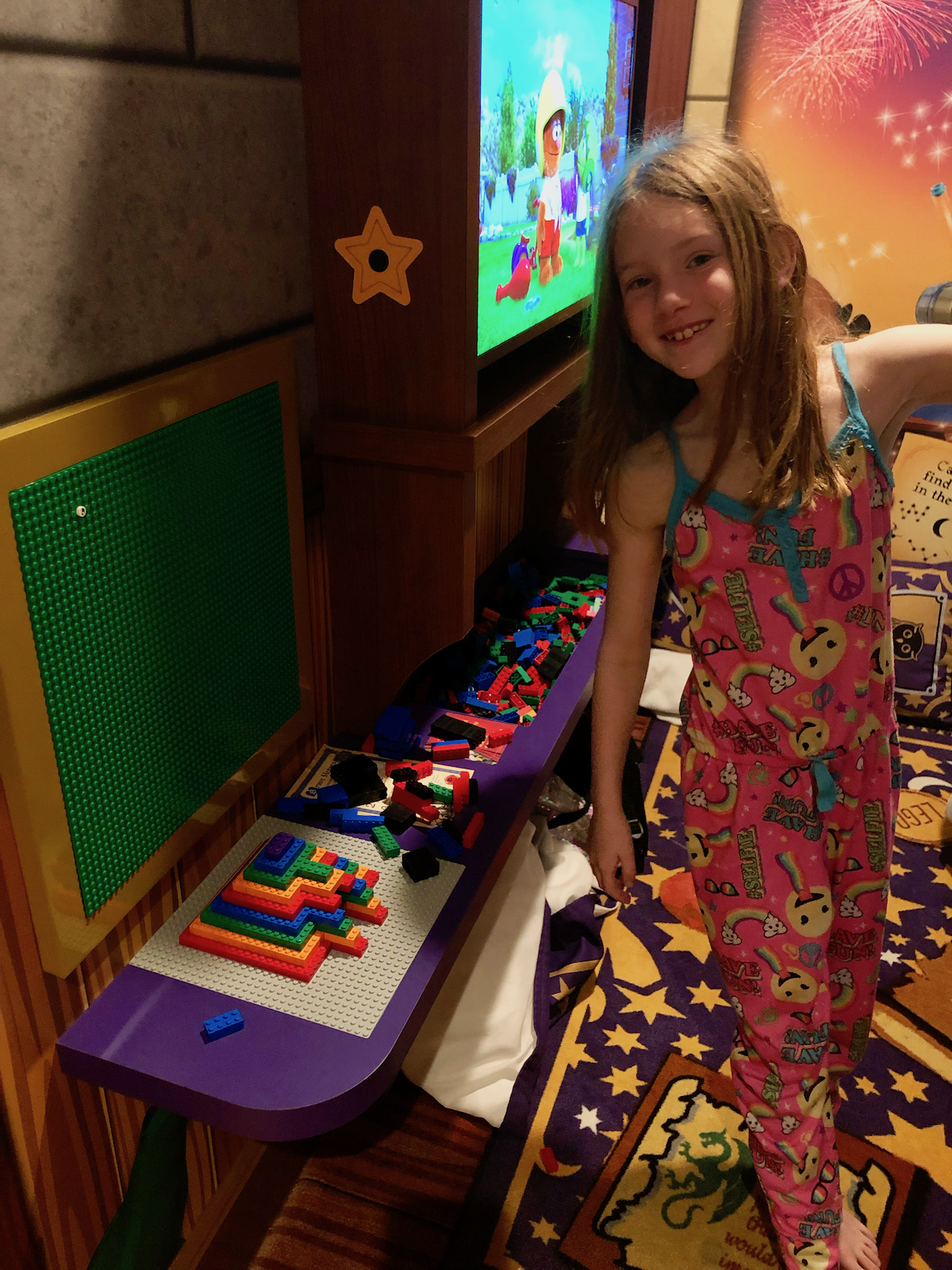 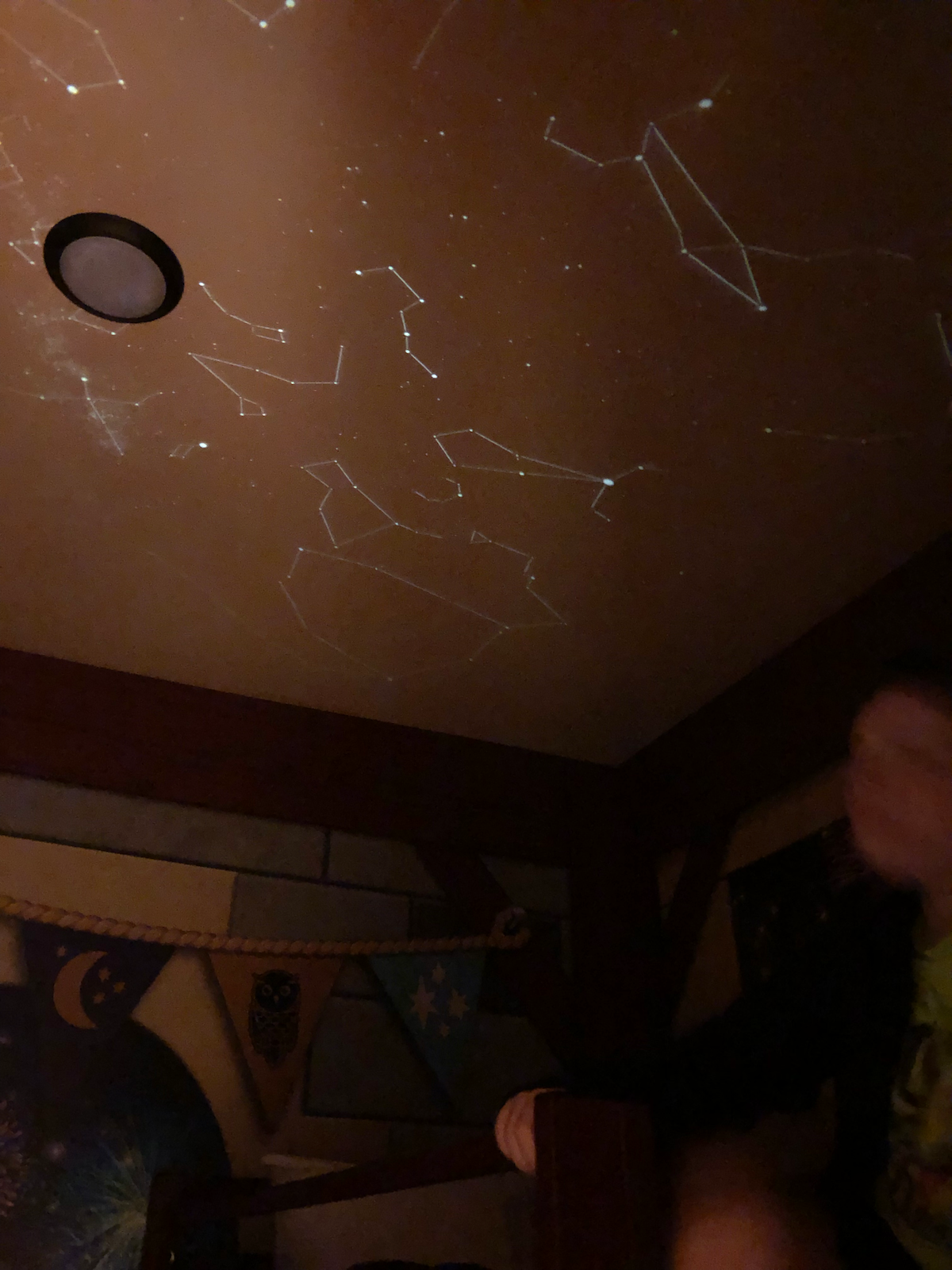 A constellation nightlight above the bed!! 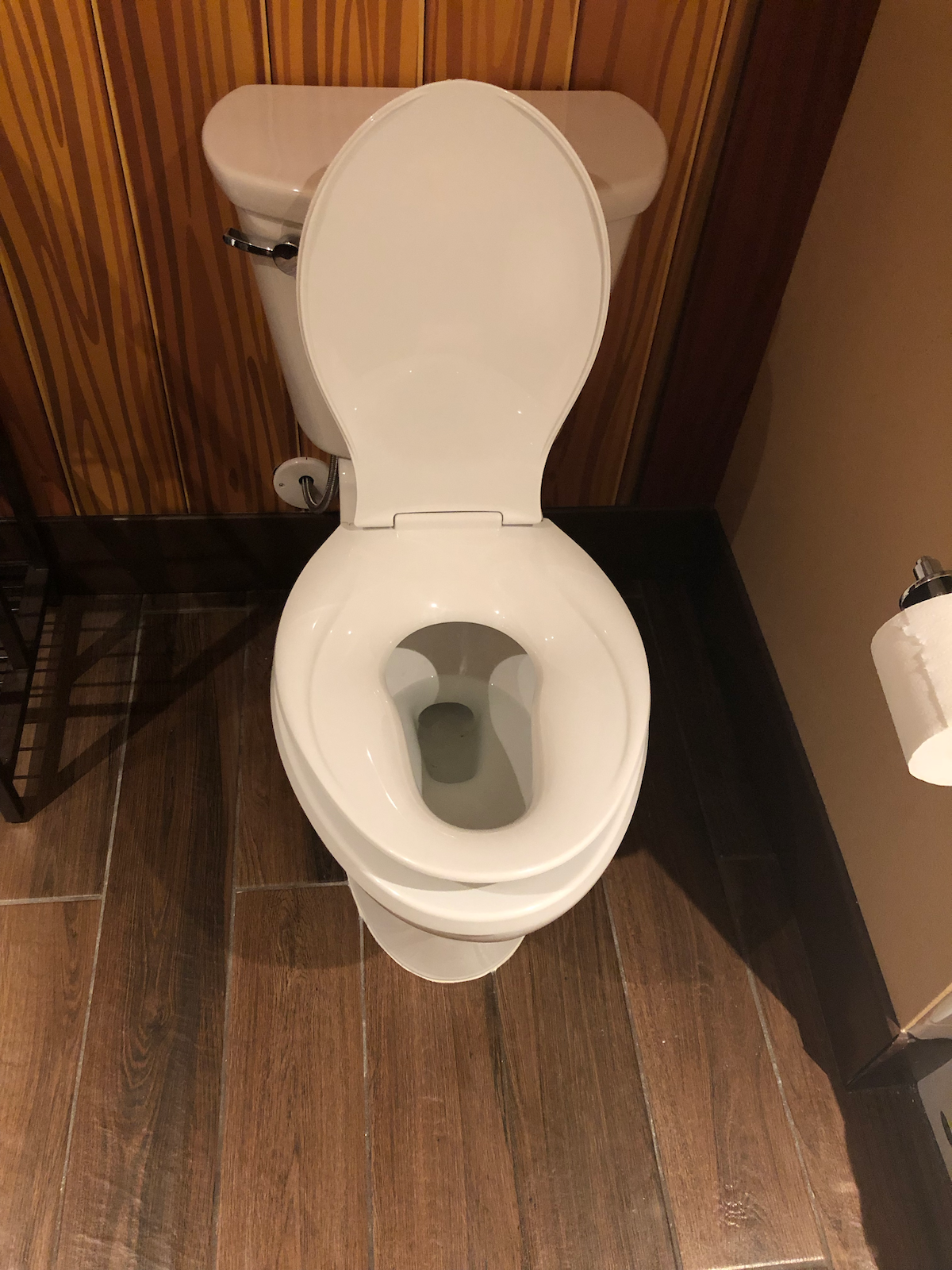 A potty seat for little ones!! 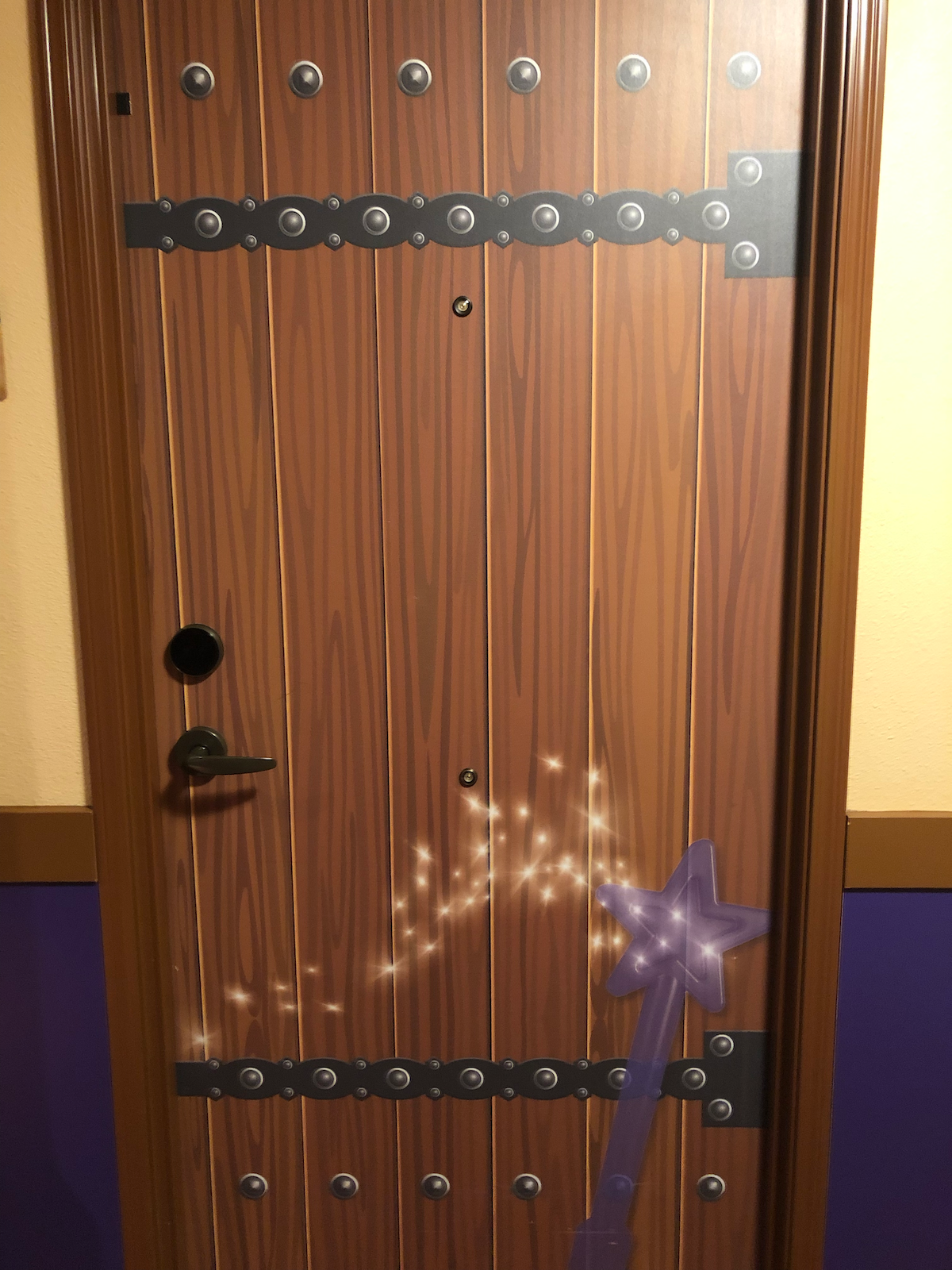 A 2nd peephole for short people (me)!!

Seriously, this hotel has thought of pretty much everything.

4. Plan on eating at the hotel restaurant

Not kidding. I know you’re probably thinking the same thing I was thinking. Another overpriced restaurant with crappy food and hundreds of loud whiney kids everywhere. Nope. I mean yeah it was a little overpriced but the food was actually decent (especially the FREE all-you-can-eat breakfast buffet that is HUGE, but get there early). And the restaurant has a Lego bathtub AND live entertainment at dinnertime, which is 2000% awesome because your kids will literally turn into human vacuums and finish their dinner in four seconds so they can go play, which means you get to have a romantic meal all by yourselves. 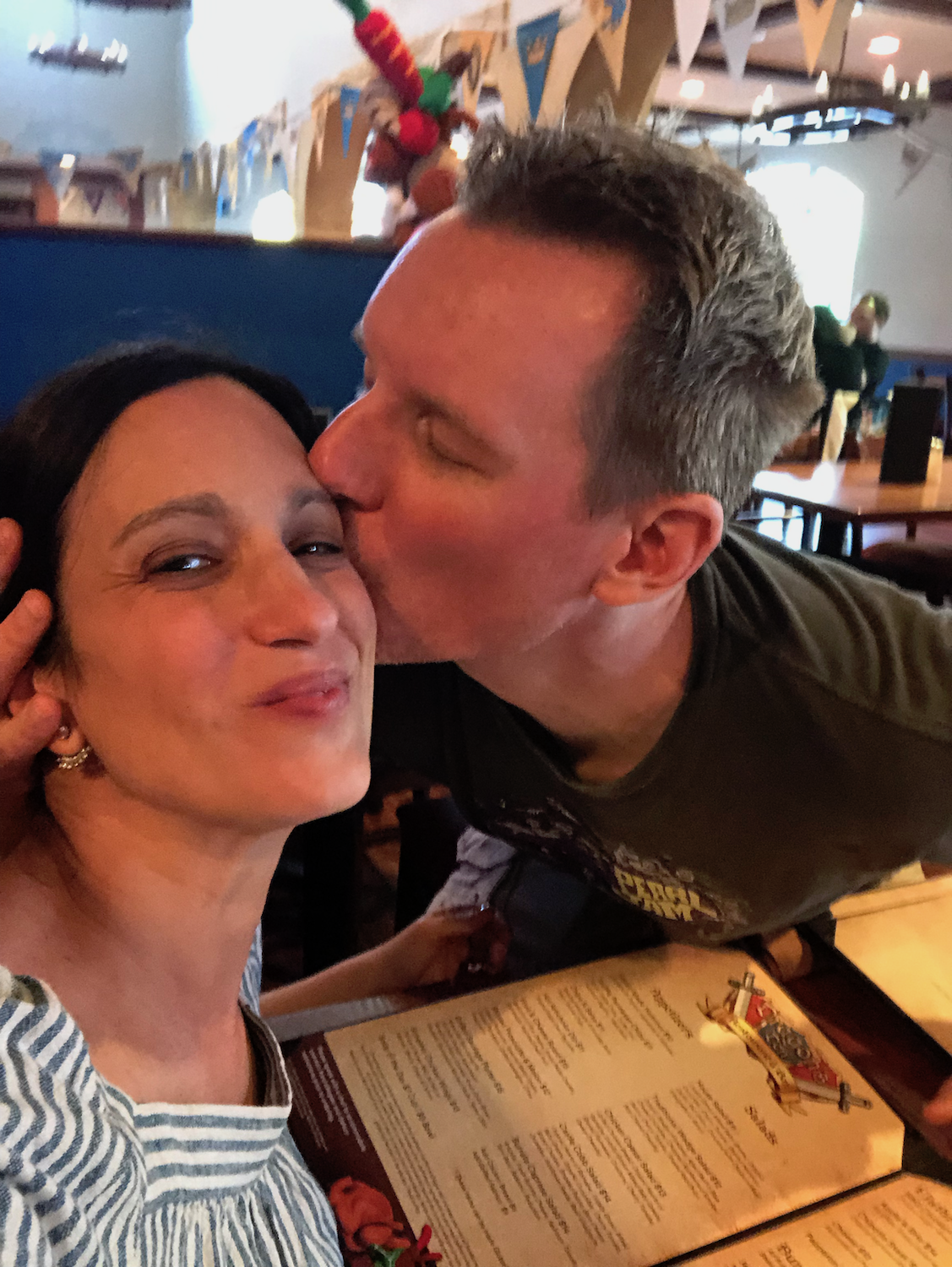 Seriously, we were surrounded by adults who were eating quiet meals all by themselves, all of us thinking the exact same thing—this is worth every penny.

5. When you go to the park, just chill out

Unlike Disney and Universal, Legoland isn’t all about running from one ride to the next. Don’t get me wrong, there are rides. Really fun ones! But some of the best parts are the areas you can just take your time. Whether it’s the area where kids can build LEGO boats and then see if they’ll float down the river… 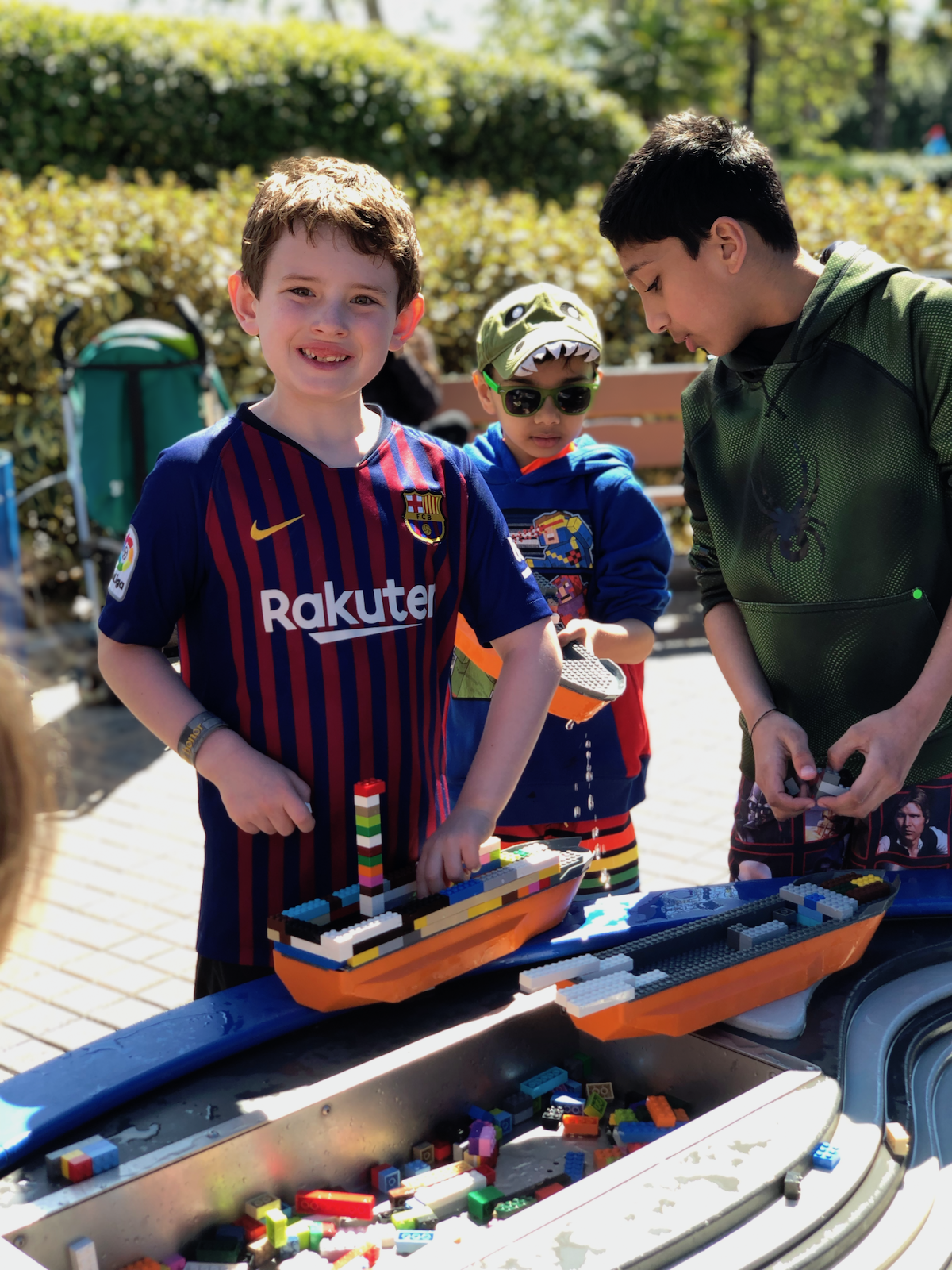 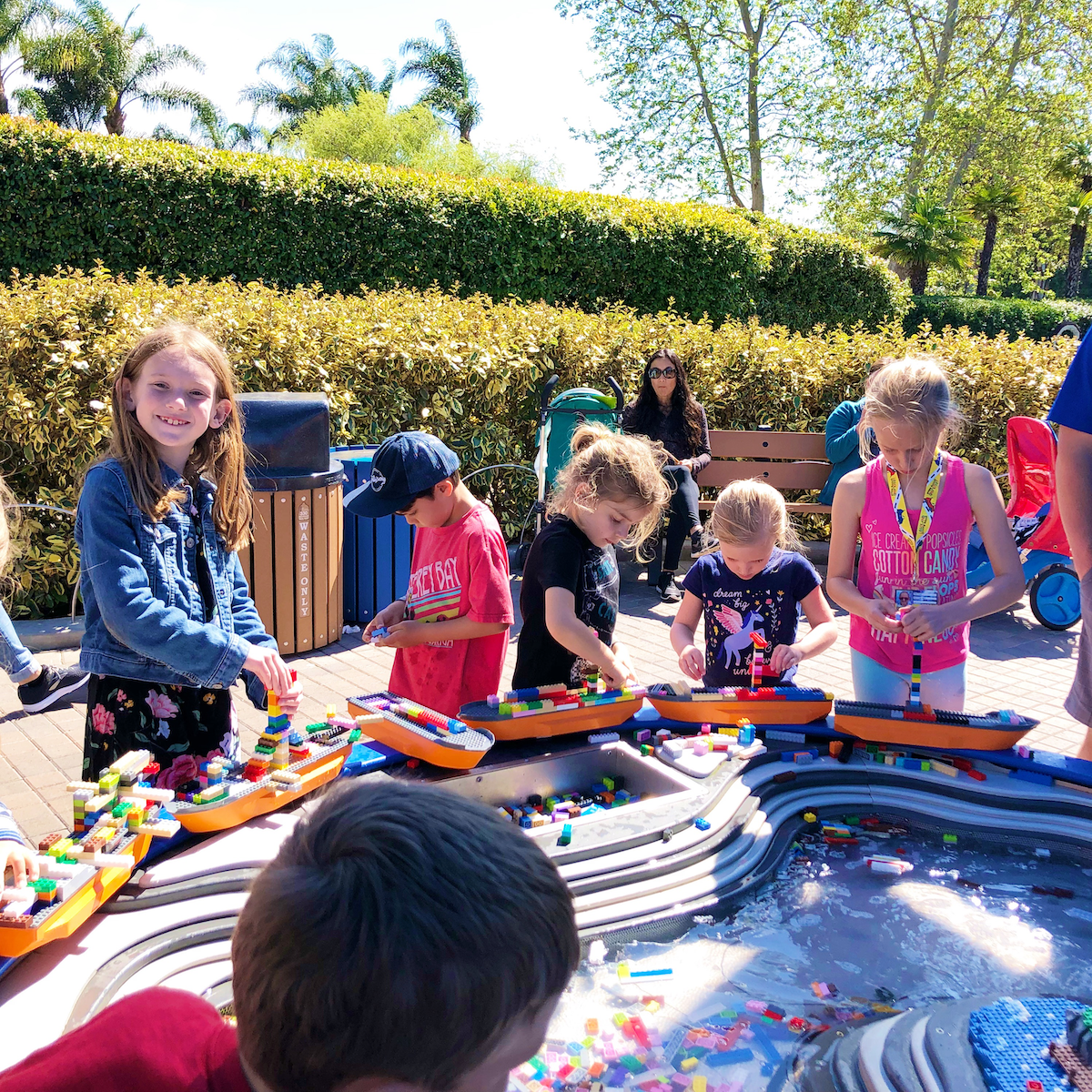 …or the giant play area where kids can go running inside this awesome structure until the parents are like “hmmm, I haven’t seen little Timmy for a while,” so you send your hubby in to go find him and the second your hubby’s lost inside the labyrinth of nets and bridges, Little Timmy pops out and you’re like awww crap, now we lost Daddy…

… or the LEGO miniland that’s this amazing replica of all these cool places like Star Wars and Vegas and Washington DC and New York made out of bazillions of LEGO pieces and you can just walk around going woahhhhhh and praying your kid grows up to be a LEGO Masterbuilder because that would be sooo coooool. 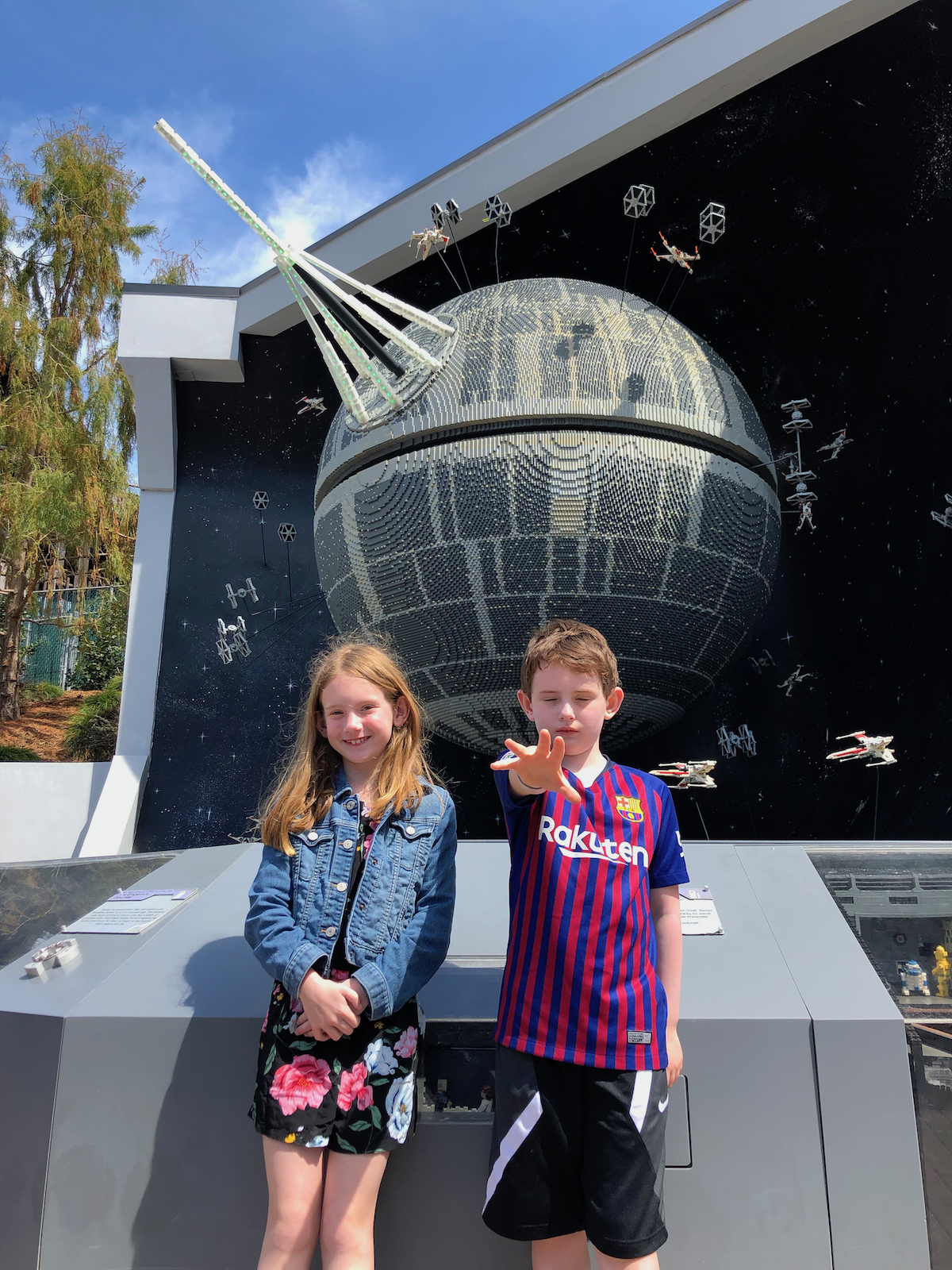 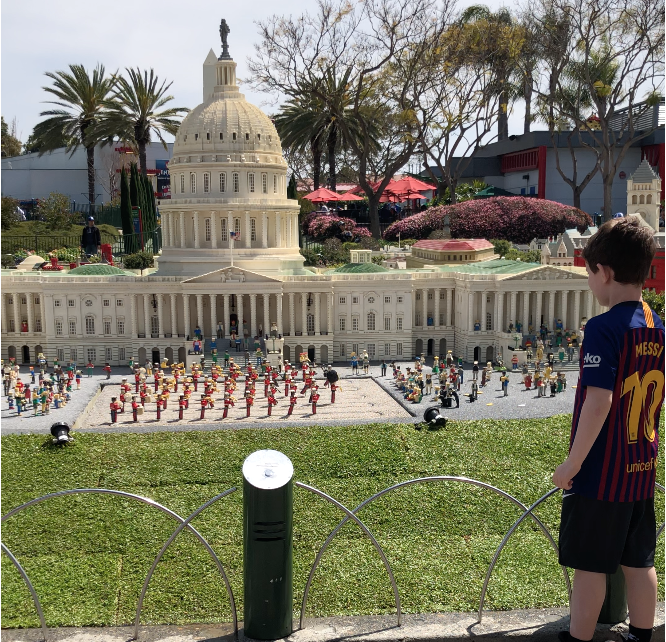 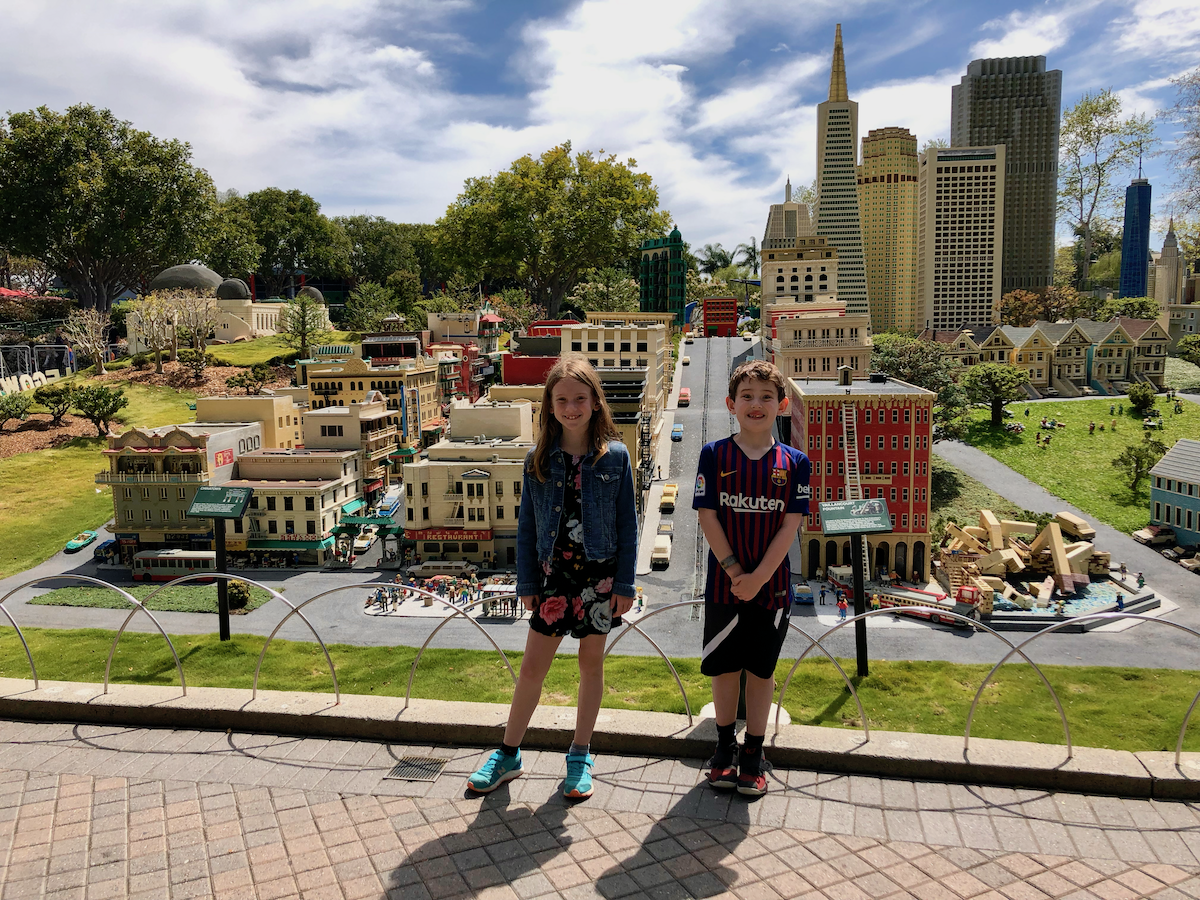 So there you go, that’s just my two cents about Legoland. I’d show you a lot more pictures of other cool stuff, but A. I don’t want to ruin the surprise for you, and B. I’m too lazy to upload more.