Ruh-rohhh, I think I might have made a stupid move. So about a month ago when we found out our kiddos were going back to school, I started to buy school supplies. Kinda sucks because I know I’m gonna spend a small fortune and then they’re gonna call off school like three days after it starts (Kidding. Kinda sorta).

Anyways, Holden picked out an awesome simple black backpack (P.S. I’m an Amazon Associate. As an Amazon Associate I earn from qualifying purchases) that didn’t cost too much, has a billion pockets, and looks like it might last for years. But Zoey? She stupidly took my advice.

ME: Hey, honey, since you aren’t having a locker this year because of Covid and you’re gonna have to schlep everything around with you all day, maybe we should get you a backpack on wheels.

And she immediately hopped on her phone and found a super cute one. It came in sooooo many beautiful patterns that all cost $60 except for the ONE pattern she wanted that cost $99. WTF? But Zoey doesn’t ask for much so I sucked it up and bought it for her.

And the day it arrived, she was like a pig in mud. She ripped open the box and oohed and ahhed over it. It was a huge hit… until this happened.

I mentioned the backpack on wheels to my friend.

ME: I got Zoey a backpack on wheels.

FRIEND: Yeah I thought that was a great idea, but I asked Kylie if she wanted one and she rolled her eyes and said, “God no, that’s like social suicide.”

Ruh-rohhhh. But nope nope nope, I am not succumbing to peer pressure. Zoey loves her new backpack and I’m not going to worry about it.

But I worried about it. I mean she’s just starting junior high and I want her to make awesome friends who don’t judge her by her backpack, but the last thing I want to do is send her into the lion’s den wearing a meat dress. 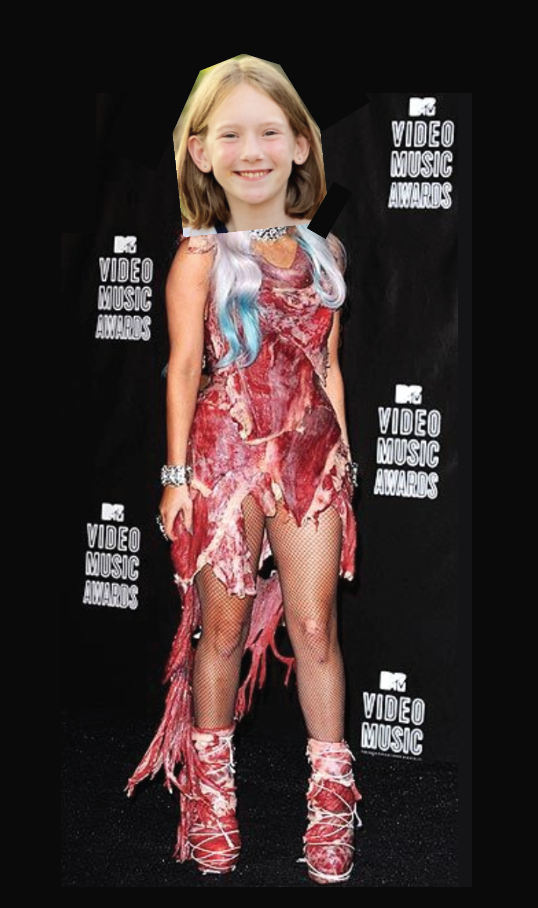 Am I setting her up for failure? But nope, I told myself to stop worrying. And then one night I was having drinks with another friend whose daughter already went through junior high.

ME: So I have a question. I got Zoey a backpack on wheels. Was that a mistake?

And she gave me the look. The “oh-no-you-didn’t” look.

HER: Can you return it?

Oh crap. That night I went to sleep worrying and decided I have two choices:

Like I said, I like to F things up, so I went with #2. The next morning I gently broached the subject with her.

ME: Uhhhh, honey, I just want to make sure you really want a backpack on wheels.

ME: Ummm, well, so Kylie’s mom asked her if she wanted one, and Kylie looked at her like she was crazy, so I just wanted to make sure you think it’s okay to have a wheely backpack in junior high.

There, I said it. There’s no taking it back now.

ME: Do you still want it?

ZOEY: (appalled) Of course I do! Mom, you know I don’t care what other people think!! And it’s WAY more convenient.

Woah. She put me in my place. And she never even flinched. She happily packed her wheely backpack for school without hesitation. 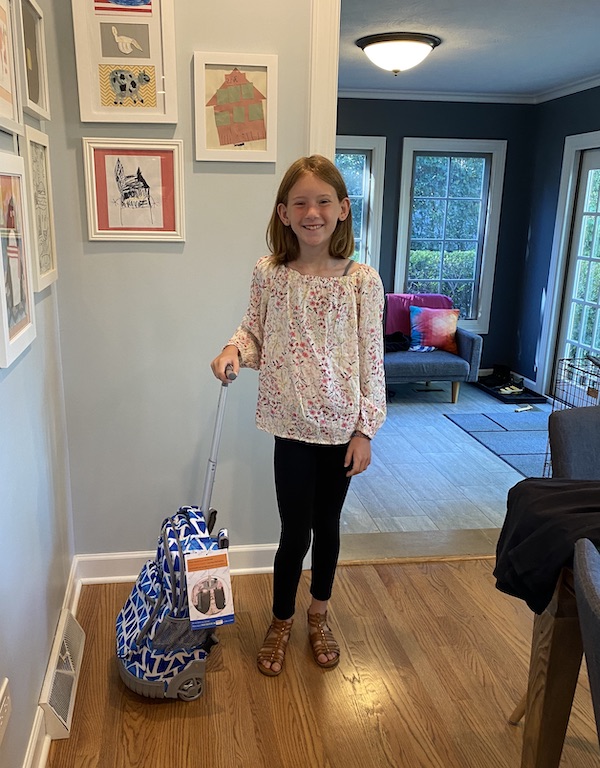 But where the hell did this kid get all this self-confidence? I never would have been like that in junior high. Most of me thinks she was born with it, but a little part of me thinks it wasn’t all just a happy accident.

Two years ago in elementary school, a kid asked Zoey why she dresses so weird. I remember Zoey was sad when she came home that day. But I also remember what I told her. First I said “that girl” is the one with the problem, NOT you. And then I told her this. The most amazing people in this world, the people who are groundbreaking and memorable (the Lady Gagas, the Gianni Versaces, the Albert Einsteins), they don’t just do what everyone else does. They stand out. With what they wear, or the things they create, or the way they think.

And even though I screw up a lot, apparently I didn’t screw up that day and I said the right thing (insert angels singing here).

Because Zoey kept dressing like herself every morning. She doesn’t want to look like the other kids. In fact, she would probably choose to wear a meat dress into the lion’s den if she felt like it. Or a broccoli dress because someone already wore the meat one.

So when she walks into junior high for the first time this week, she’ll be the kid proudly rolling her bag down the hall. And if the other kids don’t want to be friends with her because her bag has wheels, that’s just silly. And maybe they’ll realize it’s silly once they discover what a kickass/unique/interesting person she is. Maybe. Hopefully. Dear God please let them be nice and not chew her up and spit her out.

Sigh. Oh well, I guess if the lions do eat her and regurgitate her, it’ll be character-building, right?


There are 12 comments for this article