I’ve redone Zoey’s room like nine times, but I’ve never done Holden’s. Wanna know why? Because I love her more. Nahhhh, just kidding. But seriously it’s because Holden doesn’t give a crap. He was perfectly happy with the boring brown room we painted when he was a baby. But guess what he asked for for his birthday? A Bugatti!!! Ummm, nope, you’re NOT getting a million dollar car, at least not until you can afford one for yourself. And even then you’re not getting one because only d-bags spend millions of dollars on cars when they could literally feed entire countries with that kinda dough. Anyways, I digress. So his second choice for a birthday present was a Harry Potter bedroom!!! This was awesome because:

So this is what Holden’s room looked like before: 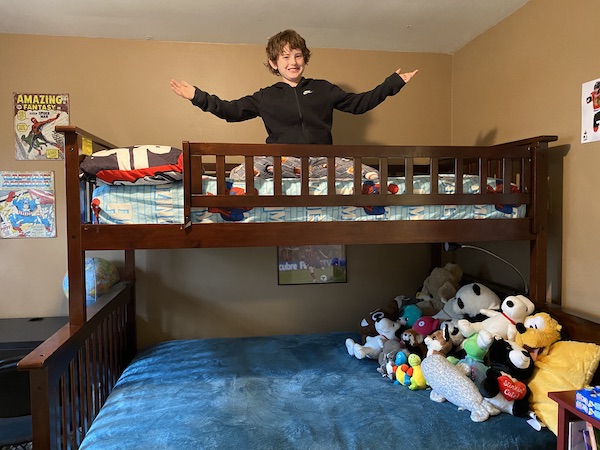 But he’s not into superheroes anymore and his stuffies are barely hanging on by a thread, so we got rid of most of that junk, and we also got rid of the top level of the bunkbed that I wish we never got in the first place because both kids say it’s scary and refuse to sleep there. WTF?

And then I started adding the magic Harry Potter touches!! Are you ready? FYI, everything is clickable in case you want to see what I got. 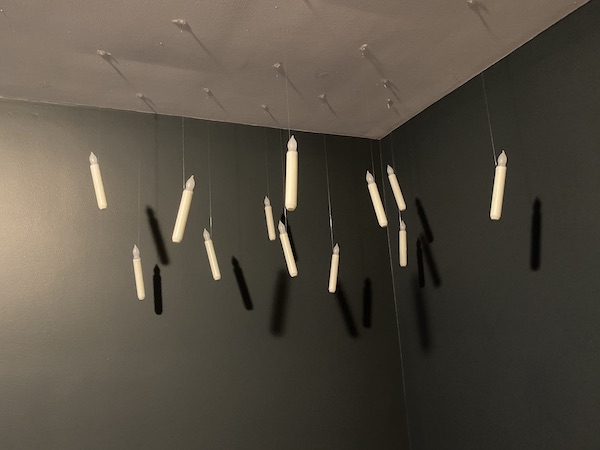 Okay, so I should probably save these til last since they’re my favorite part of the room. They are SUPER easy to make. Here’s what you need: battery-operated candles, fishing line, and adhesive hooks. 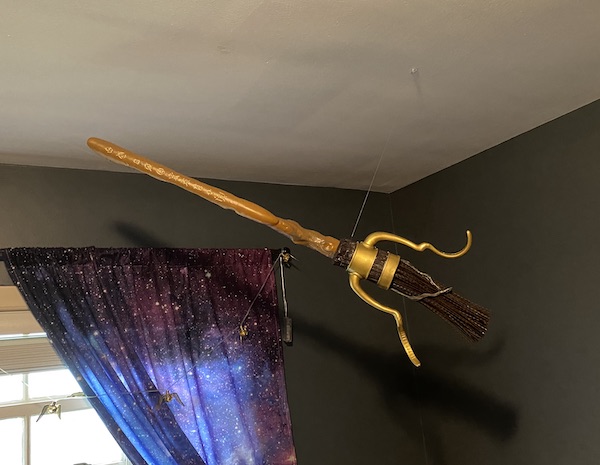 Again, fishing line + adhesive hooks = magic flying broom! One tip, to make the broom fly, I had to spread the hooks out wider than the width of the broom. Why? No F’ing idea. Some kind of physics thing I guess. 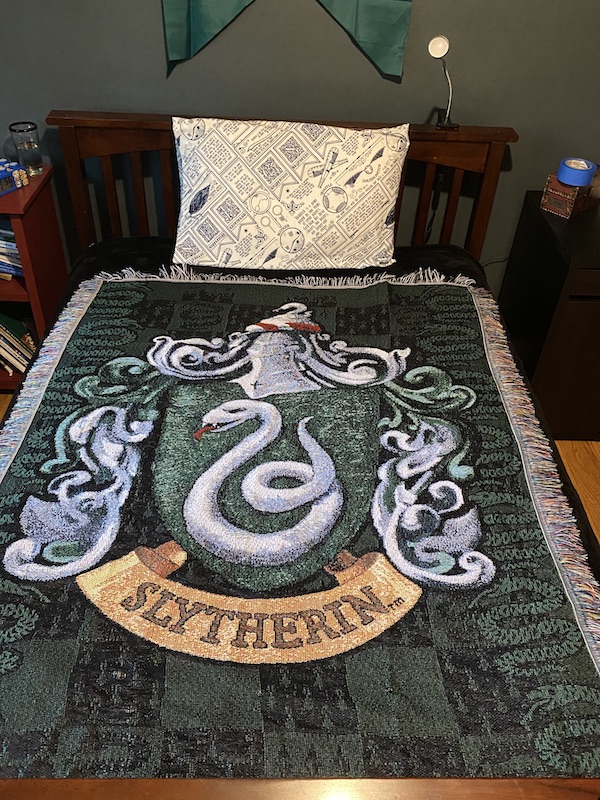 There are all sorts of Harry Potter fancy bedding options on Amazon, but Holden loves a really soft blanket, so I opted to get him a furry black blanket with a Slytherin throw on top of it. They have every house available and more! I also got Quidditch sheets and they are sooo soft and inexpensive. 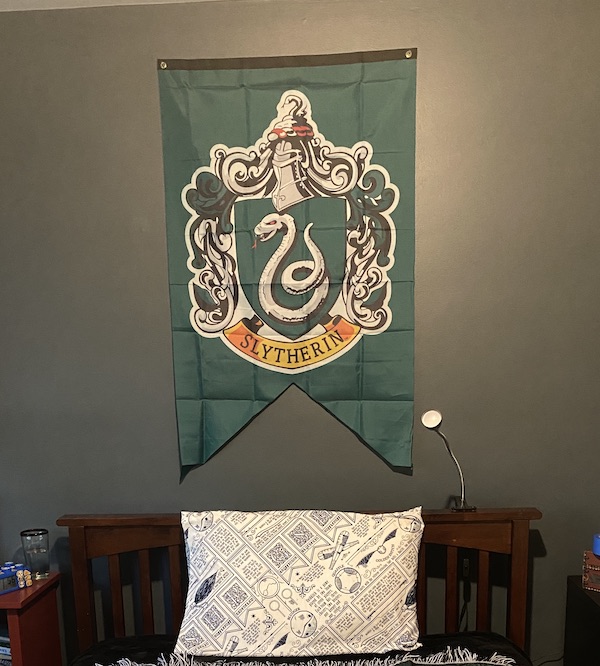 Plus I got a Slytherin pennant for above the bed, and yes, it would look much better if I ironed it but I don’t think I even own an iron. 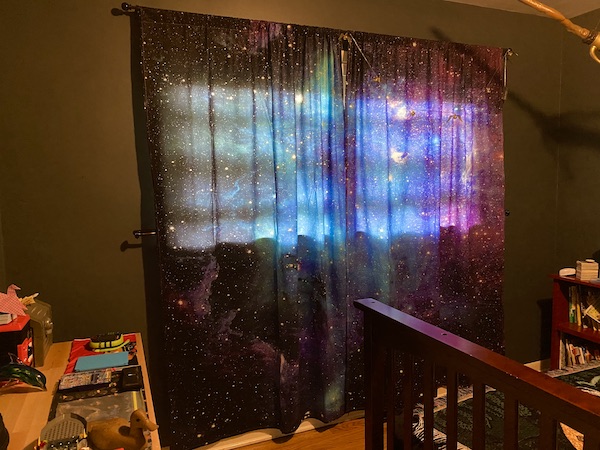 I know what you’re thinking. How are those Harry Potter?! Ummm, they’re not. But all the Harry Potter curtains were like super expensive and babyish, and when I was like halfway through decorating his room he changed his mind and said can we make the whole room galaxy instead. WTF? I hadn’t bought curtains yet, so I went with these. And it’s kinda like the sky above the Great Hall in Hogwarts, right? 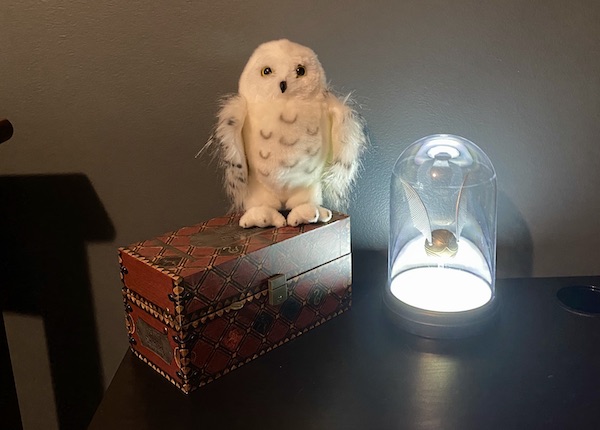 A quidditch set, a Snitch lamp, and Hedwig! Because you can’t send letters without an owl! And this lamp is seriously badass. You just tap the top and it turns on. 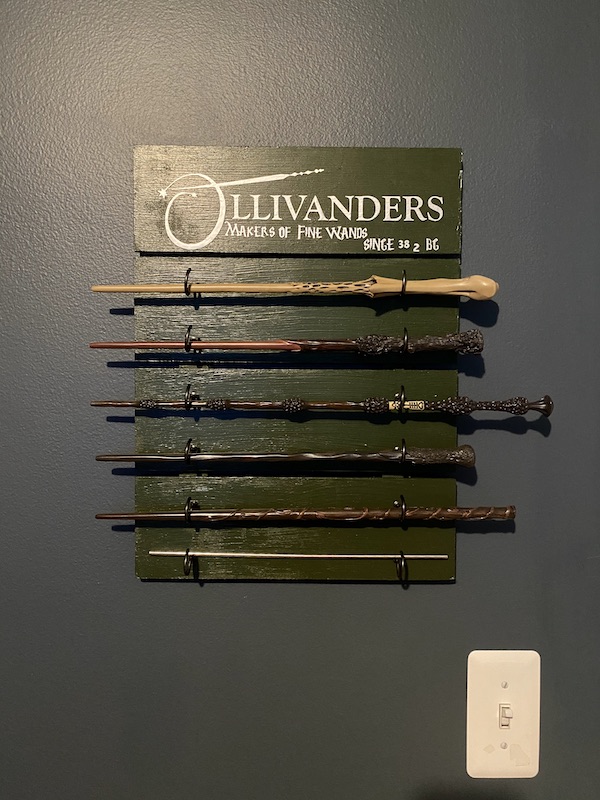 Zoey got him this totally badass wand holder from etsy. And by Zoey got it for him I mean I paid every dime and let her take all the credit. 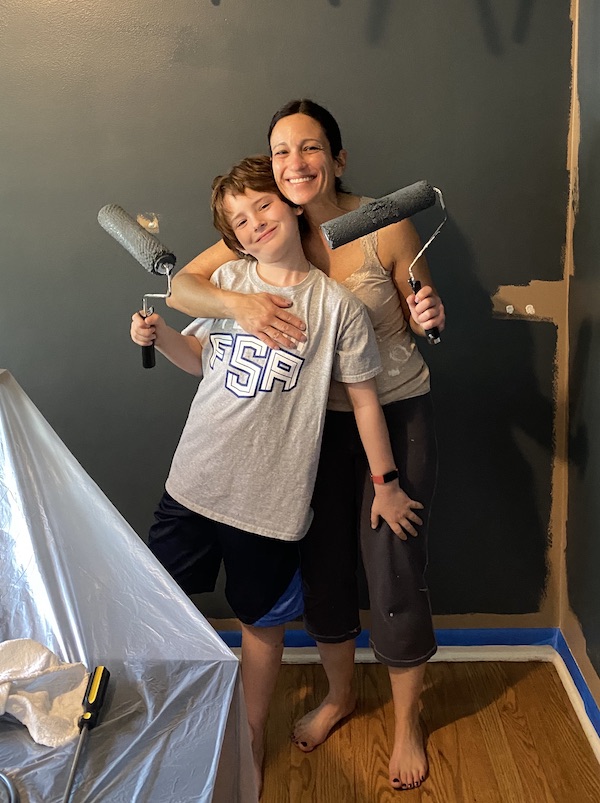 And just in case you’re wondering what color we painted the walls, it’s Deep Secret from Benjamin Moore. Holden wanted the whole room black. I said no, and found this deep charcoal with a hint of blue instead. It’s very dark but really calming and beautiful.

Are you ready for the Grand Finale?! 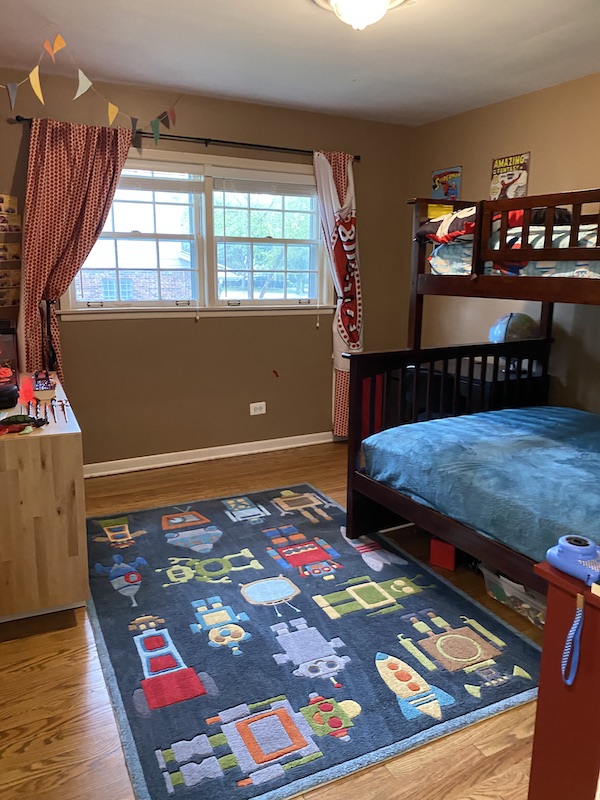 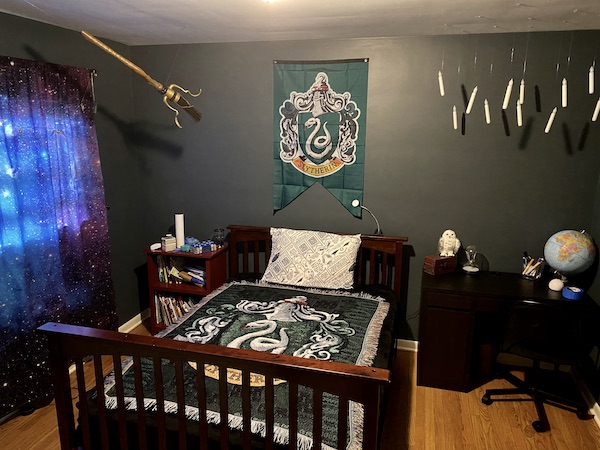 So there you go! And if he outgrows it and doesn’t want a Harry Potter room anymore, I know someone who will happily move in. Me! But I’ll probably have to fight Zoey for it.

If you liked this, please don’t forget to like and share it! Thank you!! And thank you for checking out my Amazon Storefront!