ME: Zoey, get dressed.

ZOEY: I don’t know what to wear.

ME: You have a closet full of clothes. Just pick something.

(I come back two minutes later and she’s standing in the exact same spot.)

ME: Zoey, please get dressed. And don’t forget to put on new underwear.

ME: What about this?

(I hold up two dresses so she knows she has to pick one.)

ME: Zoey, pick something. Anything.

ZOEY: I need a white shirt.

ZOEY: No, that has a picture on it. I need a PLAIN white shirt.

ME: You don’t own a plain white shirt.

ZOEY: Fiiiine. Then my cheetah hoodie.

ZOEY: And my cheetah dress.

ZOEY: And my cheetah shoes.

By the time she’s done getting dressed she looks like an episode of What Not to Wear goes on an African Safari. I feel like I should make her wear one of those bright orange hunting vests so no one shoots her. (Keep reading to see a picture of the outfit)

Oh wait, before I continue and show you her crazy cheetah outfit, I have something else to tell you about clothes. I just found the BEST online consignment shop ever!!!! (Yes, this is a short break sponsored by thredUP, but FYI, I swear I only promote products I use and like)

thredUP is AWESOME!!!!!! In case you don’t know what it is, it’s the largest online marketplace to buy and sell women’s and kids’ secondhand clothing (even handbags and shoes!!). It’s all secondhand so you get amazing discounts, but their teams check each item meticulously to make sure it’s in great condition. Most stuff is 70% off retail, and sometimes as much as 90%!

Anyways, Zoey and I picked out a bunch of awesome stuff (so hard to decide!!) and when our cute box from thredUP arrived, we were ecstatic!! Wayyyy more fun than picking through clothes on a rack at the consignment store. See? 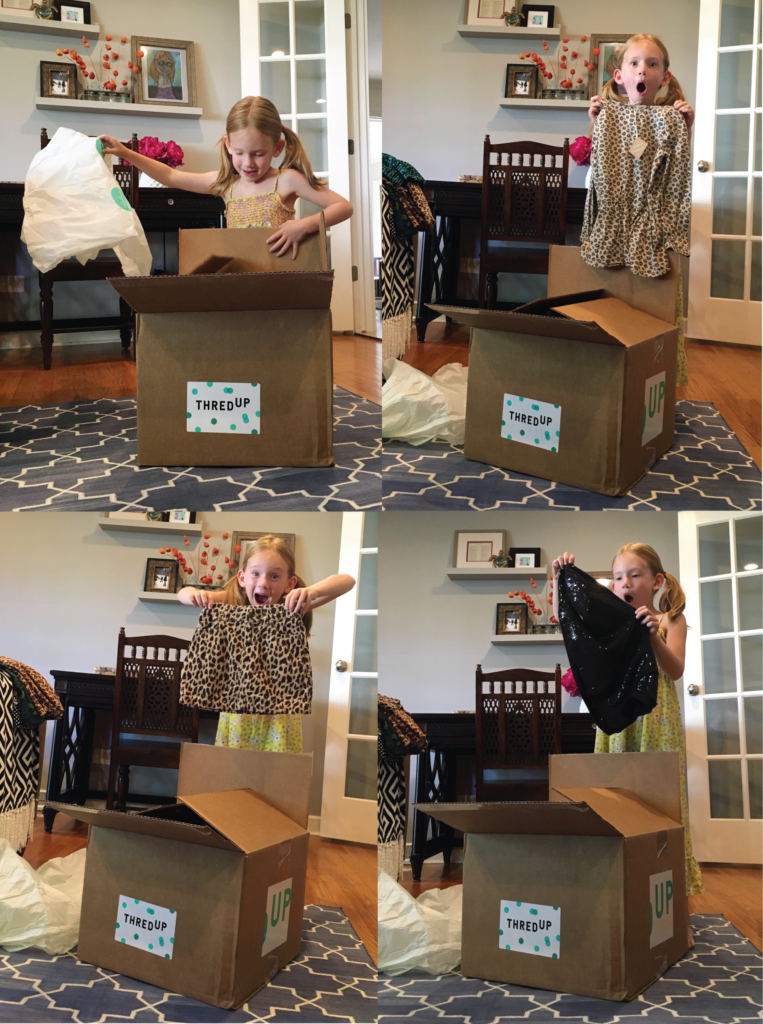 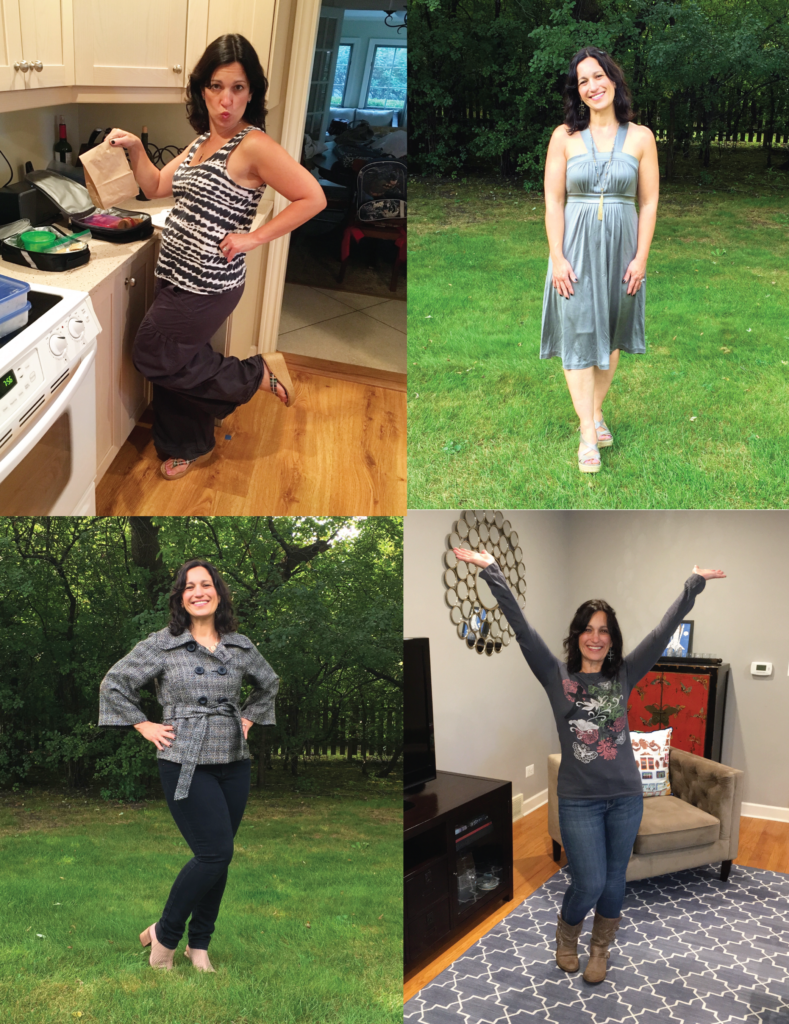 We got sooo many beautiful designer clothes that I could never afford in the store! TWENTY-TWO items for about $300!! Holy moly!! Here are some of MY favorites. 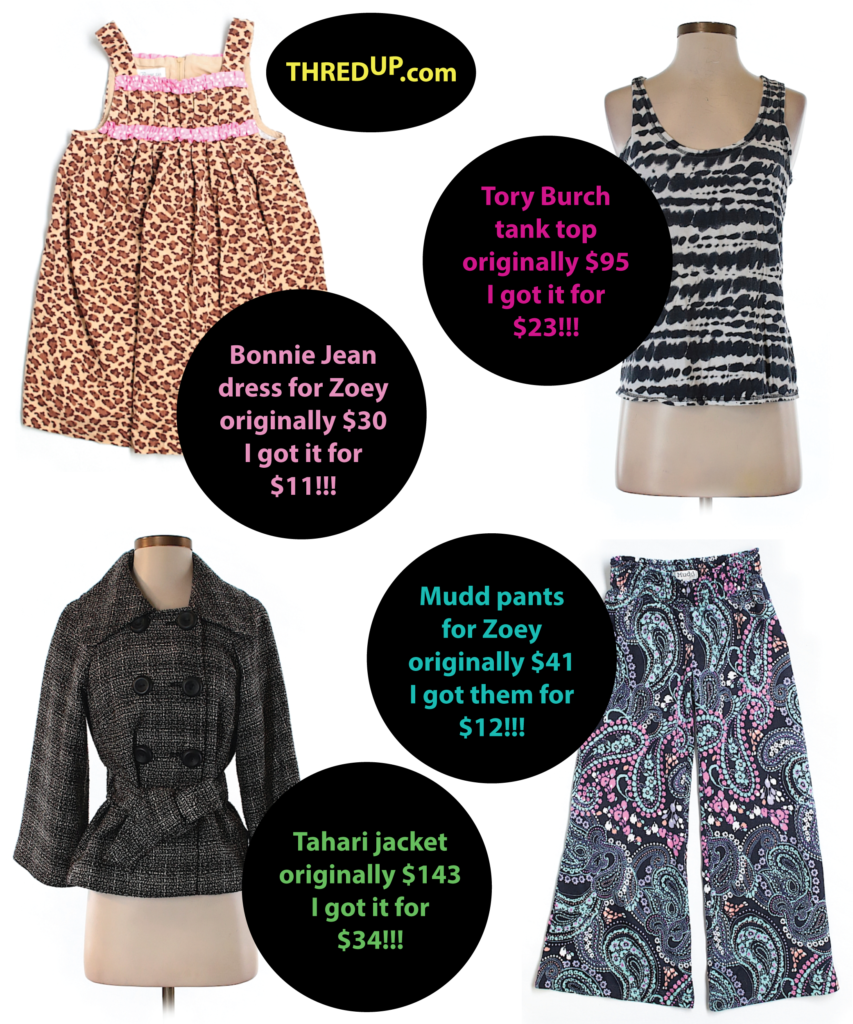 Their clothes (and accessories!!!) are ridiculously cute. And so many of them look like they’ve never even been worn before. I have to be careful not to wear the Tory Burch tank top too much because I’m officially addicted to it. Keep reading the rest of this post for an AWESOME 40% OFF your first order at thredUP!!! Now back to our regularly scheduled programming.

Oh hello, awesome person who understands that I do sponsored blogs so I can pay for important stuff for my kids like food. Here’s the rest of the post!

But in all seriousness, who gives a crap what my daughter wears?

I mean sometimes people see us walking in public and they commend me for letting her wear what she wants. This makes me feel good because it means people don’t think I actually picked out her outfit.

And sometimes people see us and they look at me like I’m CrAzYyYyYy for letting her go out in public like that. And I’m like yup, it’s true, I let my seven year-old pick out her own clothes, and here’s why:

2. If her genitals are covered, and she’s not going to burn or freeze to death, and she doesn’t smell funky because she pulled something out of the bottom of her hamper, what the heck do I care?

3. Who am I to say what’s “in?” Have you seen those Olsen twins? Apparently they’re like total designer gurus, but to me they usually look like they’re wearing the drape they make you wear at the hair salon so you don’t get hair down your shirt.

4. So every day I go to Starbucks and there’s this older lady there who’s always wearing a totally cuckoo outfit and has like six scrunchies in her hair, and I pray Zoey’s not gonna dress like that one day. But then I notice that this older lady is always chatting with someone and laughing and she looks like the happiest person on earth, so maybe wearing exactly what she wants isn’t such a bad thing after all. 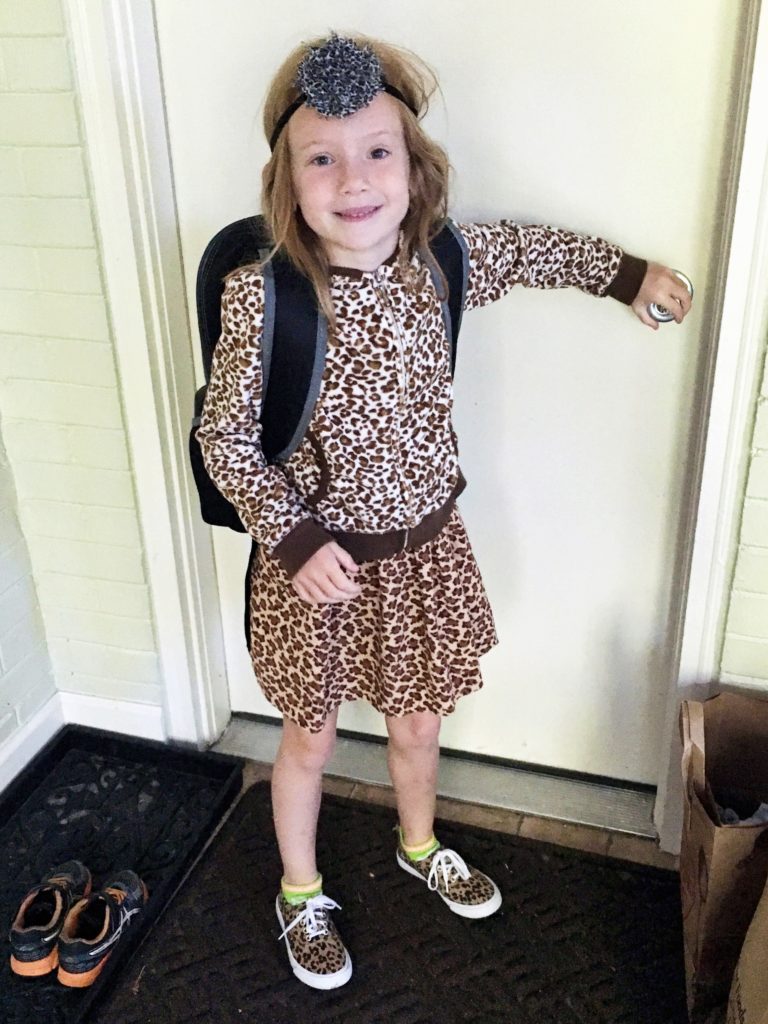 See? Doesn’t she need the orange hunting vest just in case? Anyways, if you want to get 40% off your first order at thredUP (and why wouldn’t you?!!), just click on this link and enter the code BSB40. You can use it through 12/28 and get up to $50 off!!! And then you can look as awesome as Zoey does. Well, almost.

What are you still doing here? GO SHOPPING!!!!!!

If you liked this, please don’t forget to like and share it!! Show me the love please! Thank you!!


Tags: consignment, consignment for children, secondhand clothes, thredUP
There are 17 comments for this article