So the other day I asked my hubby to unpack our suitcase and bring it to the basement and he REFUSED to touch my wrapped unused tampons. I probably should be annoyed by his immaturity, but honestly I was able to shrug it off because other than this minor flaw, I think of my hubby as a very modern, open-minded, mature man.

So I questioned him thoroughly about his tamponaphobia because it seemed out of line with who he is.

ME: Seriously?! They’re not used. They’re just cotton inside a wrapper.

HUBBY: Yeah, but there’s no reason for me to touch them.

ME: What if I needed you to buy them for me?

HUBBY: I’d do that. I don’t care about touching the box.

Anyways, instead of being annoyed, I started taunting my 12-year-old hubby by poking him with the wrapped tampons (clearly we BOTH have maturity issues) and in the middle of this act of maturity Holden walked in the room. He was looking at this wrapped doohickey that his dad seemed to be afraid of, and he asked…

HOLDEN: What is it?

Ruh-rohhhh. But I thought about it.

So I immediately stopped what I was doing and I directly and succinctly explained to Holden what tampons are for. I didn’t beat around the bush, no pun intended. I didn’t throw in a bunch of anatomical stuff he doesn’t know yet. And I didn’t make it too long of an explanation because 7-year-old boys have very short attention spans. This is all I said:

ME: When a woman’s body is old enough to have a baby, she bleeds once a month from her vagina. It only happens when she’s not pregnant. We use tampons—that wrapped thing you just saw—to soak up the blood so it doesn’t go everywhere and make a mess. It’s not gross. It’s just nature.

And that was that.

He didn’t ask any questions. Well, he asked one.

End of story. Wellllll, not really. Because that night I decided to play a little trick on my tamponaphobic hubby. 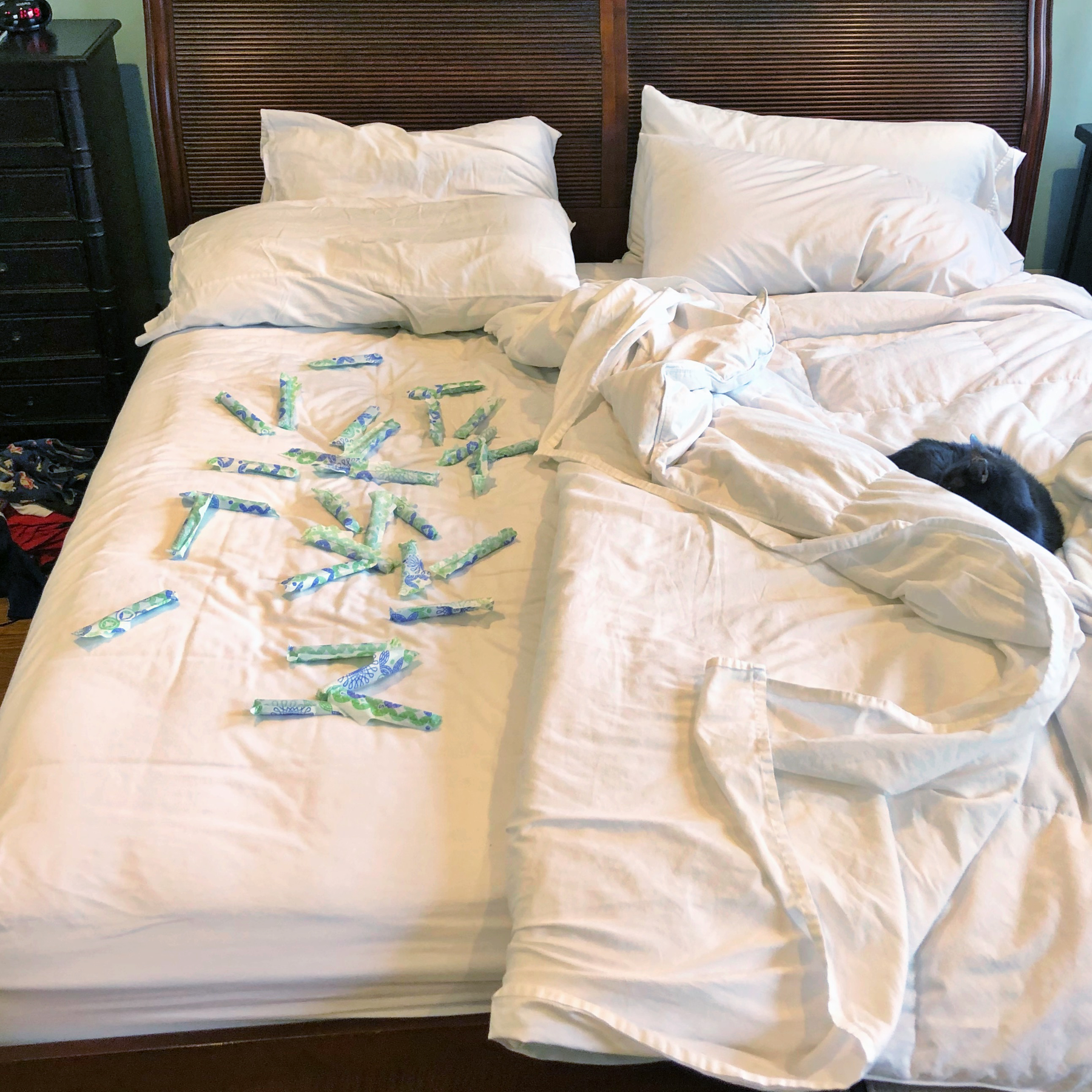 Not only was my hubby super annoyed when he found them that night, but when I shared it on Facebook and Instagram I got A LOT of comments from women about how the men in their families handle feminine products.

There were the ones whose hubbies act like mine:

And there were the ones that had me laughing so hard, I was crying: 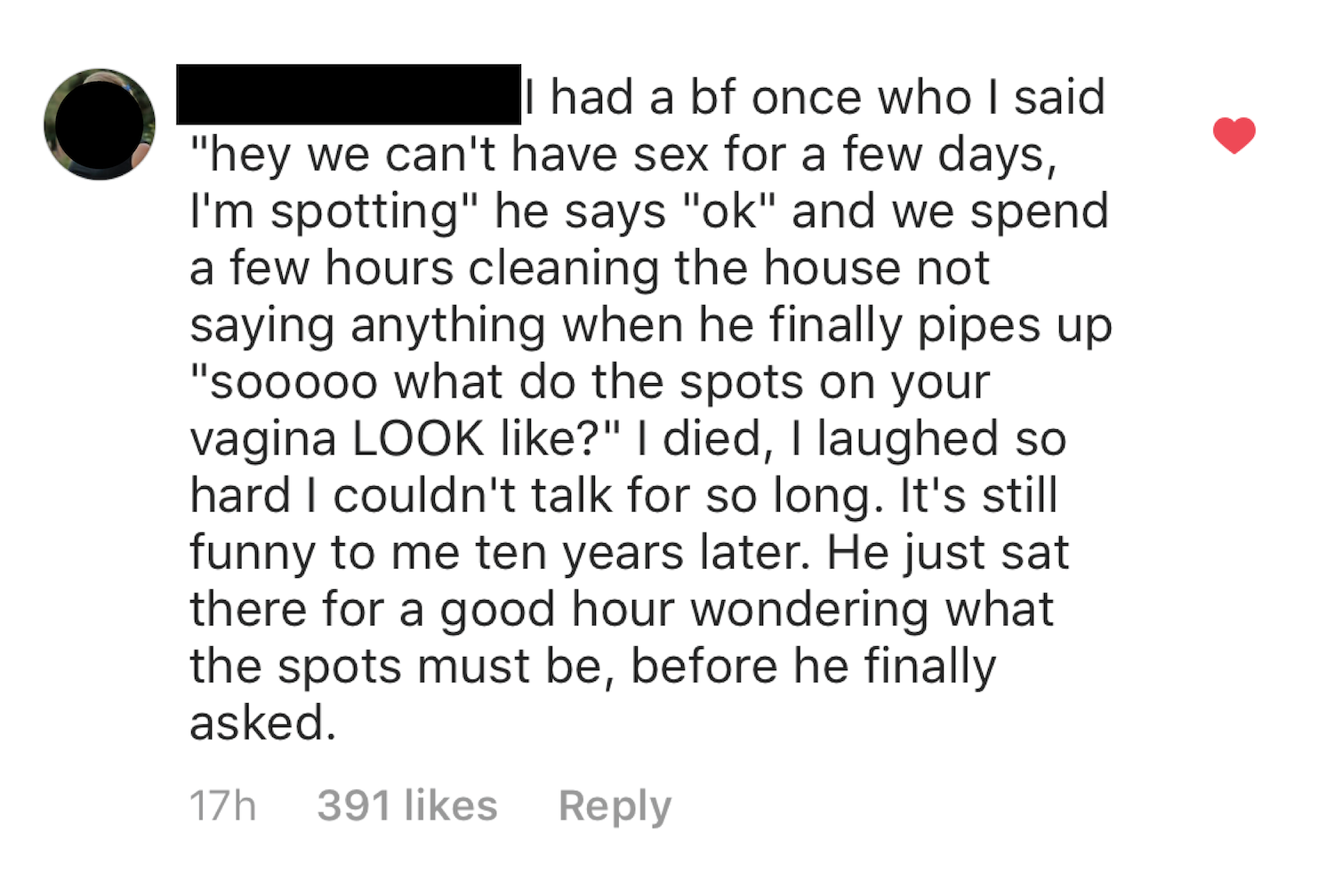 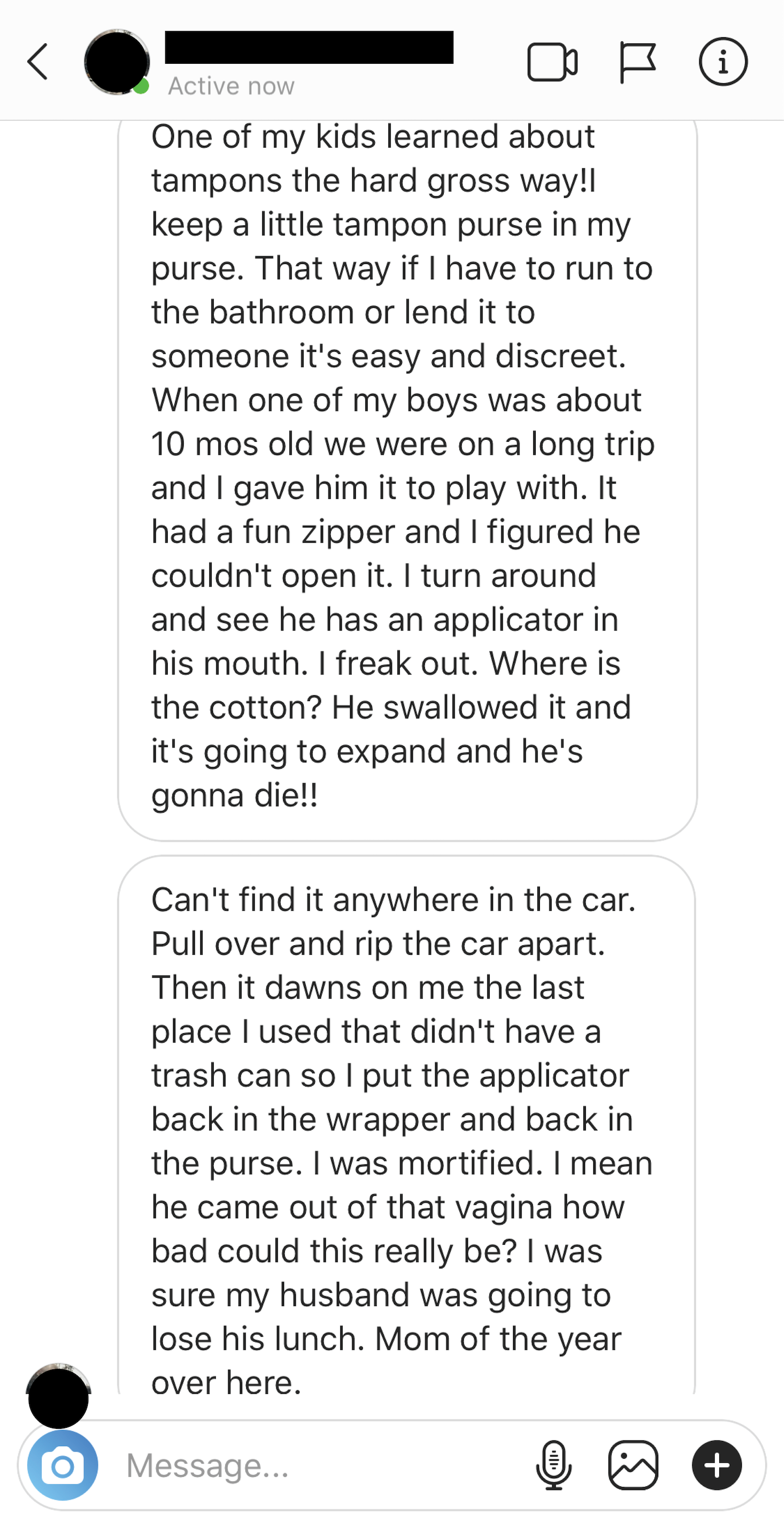 These women were SOOOOO proud of their hubbies and sons and how they view periods and tampons as a normal, natural thing there’s nothing to be afraid of.

And that’s when I knew that talking to my seven-year-old boy about periods was the ABSOLUTE RIGHT DECISION. Because I want him to grow up to be THIS kind of man one day. The kind that knows that getting a period isn’t gross or scary. It’s totally natural.


Tags: explaining period to son, explaining tampons, menstruation
There are 8 comments for this article