Holy crap, you are not going to believe what happened in our house. So I’m tucking Holden into bed and he’s totally stalling by asking me questions he knows I have to answer and can’t ignore… “but Mom, how does the baby get out of the fagina?”… when all of the sudden I hear Zoey screaming like someone is chasing after her with a hacksaw.

It is more blood-curdling than Nightmare on Elm Street, Friday the 13th and Scream put together. So I bolt out of Holden’s room into hers and it looks like her entire room exploded. And in the middle of a sea of LEGOs and books and toys, I notice the guinea pig cage is in shambles.

The lid is upside down and all bent up, the base is literally flipped over, and there is guinea pig bedding and poop EVERYWHERE. There’s only one thing I don’t see. The guinea pig. Where is Twix? Awwwww shit, now I see him.

IN THE DOG’S MOUTH!!!!!!! I shit you not. Our dog Moony is crouched on all fours pouncing around and there is a furry potato sticking out of both sides of his mouth. AGGGGHHH, what do I do?!!!!!

But he’s so excited and jumping all over the place with Twix in his mouth and there is no way he’s going to drop it. I can literally see the guinea pig’s butt squirming and hear his little squeals.

I’m about to go pry Moony’s jaw open and pray the guinea pig is in one piece when suddenly Moony must have opened his mouth or something (probably to chew) and the guinea pig drops to the floor and turns into Usain Bolt. Seriously he could have won the Olympic gold he sprints away so fast. And Zoey starts to freak out again.

Oh, I know exactly where he is. Moony is shoving his nose under the dresser desperately trying to get back his three-course meal. That adorable rodent is obviously crouched in the corner shitting a brick. Like I’m pretty sure poop is shooting out of his tush every .2 seconds.

I grab Moony by the collar and drag him out of the room and I push the door closed in his face. I turn around to survey the damage and OMG, you cannot imagine what Zoey’s room looks like. Because guess what was sitting on top of that guinea pig cage before it got ripped apart? The GIANT Harry Potter LEGO castle that Zoey built last year. Yup, 6020 glorious pieces. Every single one of them is ripped apart. And now they’re scattered all over the floor, peppered with thousands of pieces of guinea pig bedding and guinea pig turds. But Zoey hasn’t noticed yet. She is lying on her belly desperately trying to coax Twix out from under the dresser.

TWIX: Reek reeek reeeeeek (translation: No F’ing way am I coming out).

She finally manages to reach wayyyy under and scoop him up and that poor little guy is shaking in her arms. I start to inspect him and I can’t believe it, there’s not a drop of blood.

ME: Nope, look the other ear is exactly the same. It’s always been like that.

And as she’s cradling the little guy and tears are rolling down her cheeks she looks up and notices her room for the first time.

ME: It took you three days.

But I’m not going to argue because I don’t blame her for being super upset. It is destroyed.

ME: (I strap on the biggest shit-eating grin I can muster up) Zoey, you know that’s the awesome thing about LEGOs, you can put them back together!!

ZOEY: Mom, that will be impossible!

She’s right. There is no F’ing way we’re putting that thing back together.

ME: Zoey, the important thing right now is that every BEING is okay. Twix is so lucky he escaped alive. That’s what we need to focus on.

ZOEY: Oh Twix, I’m soooo sorry. I am SO mad at Moony!! Mom, do you know what this makes me want to do?

I have no idea what she’s going to say.

ZOEY: It makes me want to curse.

ME: Go for it. These are exactly the times we’re allowed to say a curse word or two if it’ll help us feel better.

Zoey sits there for a moment thinking, or maybe pausing because she’s still not sure she’s allowed to say what she’s thinking. But then she finally blurts it out.

And I burst out laughing. And she starts laughing too. And while we’re laughing we start cleaning up the giant mess in her room.

And since then a couple of things have happened. The next day Zoey takes those lemons and turned them into lemonade. See? 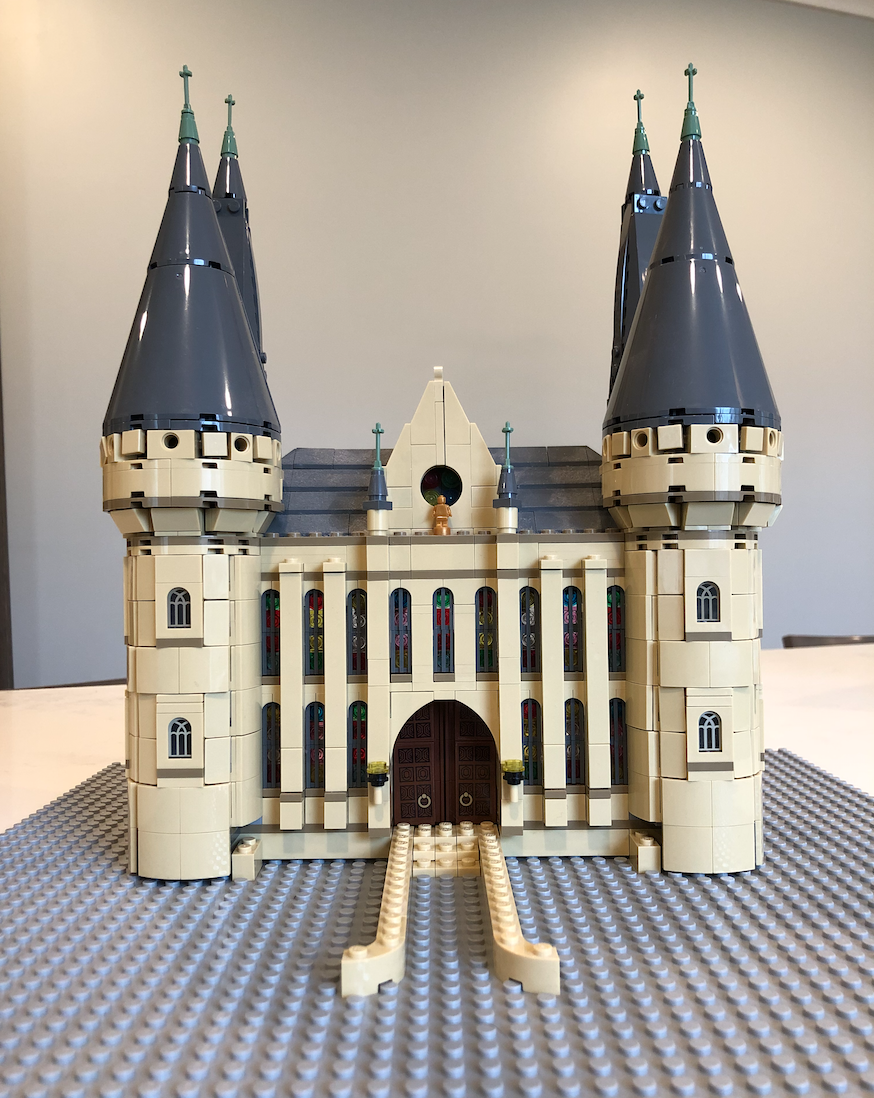 Who knew the Harry Potter LEGO set could be turned into a church?!!

And Moony, who had his first taste of guinea pig, is permanently camped out in front of the door to Zoey’s room. He just lies there all day long waiting for someone to open the door so he can bolt inside and have a Peruvian snack. Little does he know we cleared everything off Zoey’s dresser where Twix’s cage is now resting safely three feet off the ground. Phew. That was a close one.


There are 17 comments for this article