Craccccck. You know what that’s the sound of? My heart breaking. Yup, like I’m pretty sure even the neighbors heard it. Wanna know why? Because I was being a diligent parent and checking through Zoey’s text messages. After remote learning started last week, I told her why don’t you reach out to some of your friends and see if they want to Facetime? So she did. And did. And did. And did. And this was the response she got.

So of course my mind started spinning. Why don’t they respond to her? Why doesn’t anyone want to hang out with her? Is she an outcast? I mean my mind was spinning so hard, I couldn’t fall asleep that night. I finally fell asleep at like a hundred o’clock, and woke up about an hour later stressing about it again.

The problem is Zoey is a social butterfly. AT SCHOOL. She buzzes from one group to the next chatting with everyone. Girls, boys, bullies, bullied, teachers, theater friends, pretty much anyone she bumps into. But when she gets home, she’s the same kid. The kid who hangs out with whoever she’s around. She hangs out with me in the kitchen, she hangs out with her brother in the playroom, she had an extensive conversation with her dentist last week about fantasy literature while I sat in the waiting room thinking, “I wonder if I can set up a playdate with her dentist.”

But she doesn’t reach out to kids on her phone too much. We bought it for her so she could chat with her friends, but what does she use it for? Watching cartoons and making Tik Tok videos. Insert a thousand eyeroll emojis here.

So anyways, I didn’t know why her friends were being unresponsive and I was stressing about it. Is it possible they’re not really her friends??? She’s an imaginative kid. Is it possible she doesn’t notice they’re annoyed by her unique personality? That they roll their eyes when she comes to school wearing something crazy? That they only sit with her at lunch because they have assigned seats right now?

I stressed out about it for days. My mind was spinning with anxiety. And then something happened. Parent-teacher conferences. Duh-duh-duhhhh.

It was all on Zoom because of the pandemic so it was gonna be a whirlwind of 8-minute zoom calls, so I made sure to set up the first call with her homeroom teacher. I prayed he could give me some insight. And this is what he said.

BADASS TEACHER: (paraphrased because I didn’t record it) I have to tell you, Zoey is a really wonderful kid. She’s doing awesome in her classes and she’s doing great socially. She’s so creative. The other day she wanted to draw pictures of everyone in the class, so I told her she had ask them first, so she walked around to each person and asked. Some of them said yes, and if they said no, she said that’s fine and moved on. She’s really something special.

And then I met with all her other teachers and I kept hearing the same thing. She’s doing great. She seems happy. I like her colorful outfits. She’s got an A. She’s always so nice. Tell her to keep it up.

And when I hung up the last Zoom call, I think I exhaled for like ten minutes straight. Zoey’s fine. No, wait, she’s not fine. She’s great. It was like a giant weight was lifted from my shoulders.

That’s when I realized there could be a million reasons her friends didn’t respond to her texts. Maybe they weren’t sitting on their phones at that moment. Maybe they’re not really texters or facetimers. Maybe they’re too busy doing other things like eating dinner and playing and hanging out with their families. Or maybe they’re just not big Zoey fans because not everyone is. And that’s okay. The whole world doesn’t have to like her, just a few good friends.

Anyways, guess what happened the next night? I’m walking past her room and I hear voices inside. Girls chatting and giggling. It was pretty late for a call, and I almost opened the door to say time to get off. But I stopped myself. Just yesterday I was upset she wasn’t talking to people, and now I’m gonna kick her off? So I said screw it and let her keep talking.

And I realized something. Zoey doesn’t have a problem. I do. My stupid paranoid brain. I’m sure it won’t be the last time my crazy brain has me up at night worrying about made-up problems, but next time I’m going to TRY to remember to calm down. Is Zoey acting like she has a problem? Like did she actually say she has one? Or am I just reading into every little thing and worrying about problems that aren’t really there? Oh crap, I sound like a crazy person. But something tells me I’m not crazy at all. That this is actually very normal.

And don’t forget to check out my holiday gift guide that has awesome gifts for everyone on your list. 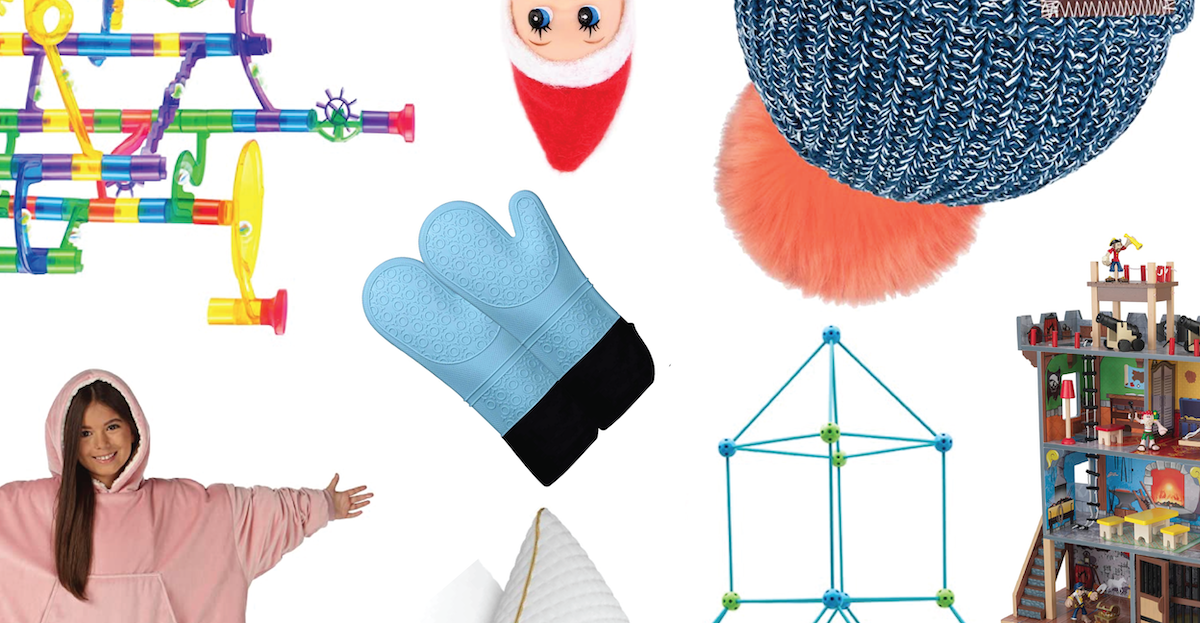 There are 14 comments for this article