KIDS: Mom, can you play with us?

Ugggghhhh, no, for the love of God, pleeeease don’t make me play anymore. I’ve played LEGOs, I’ve played marble maze, I’ve played Monopoly Junior, I’ve played dress-up. Seriously, people, I am going bOnKeRs. And yes, I know there are people reading this right now who are like, “Oh I feel so sad for your poor children who weren’t graced with a mother who wants to play with them constantly. Why would you even have kids if you don’t want to spend time with them?”

Well, Muffy McPerfectpants, I DID want to spend time with them. Back in March, and May, and even July. But now I have logged like 9 gajillion hours of playing with them let’s just say I have hit a wall. They’re bored, I’m bored, and a padded room with a straight jacket is starting to look like a nice relaxing place.

So I’m scrounging for things to do with them, and low and behold, I came up with an awesome idea. Virtual Disney World Day!!! And yes, I know Disney is still open and people are wearing masks there, and yes I REALLY want to actually go there and support all the employees, but right now that’s just not something our family is doing. I promise as soon as we are vaccinated I will be the first person in line for Thunder Mountain Railroad.

Can you do a spur-of-the-moment Disney World Day? Of course. But if you plan it a few days in advance it will truly be even awesomer. Like before our Disney World Day, I ordered some really cheap Mickey ears from Amazon to help get the kids pumped up (I’m an Amazon Affiliate so I can earn off qualifying purchases). If your kids are younger and like to dress up, it would also be amazing to order them a new Disney costume (you’ll see why). 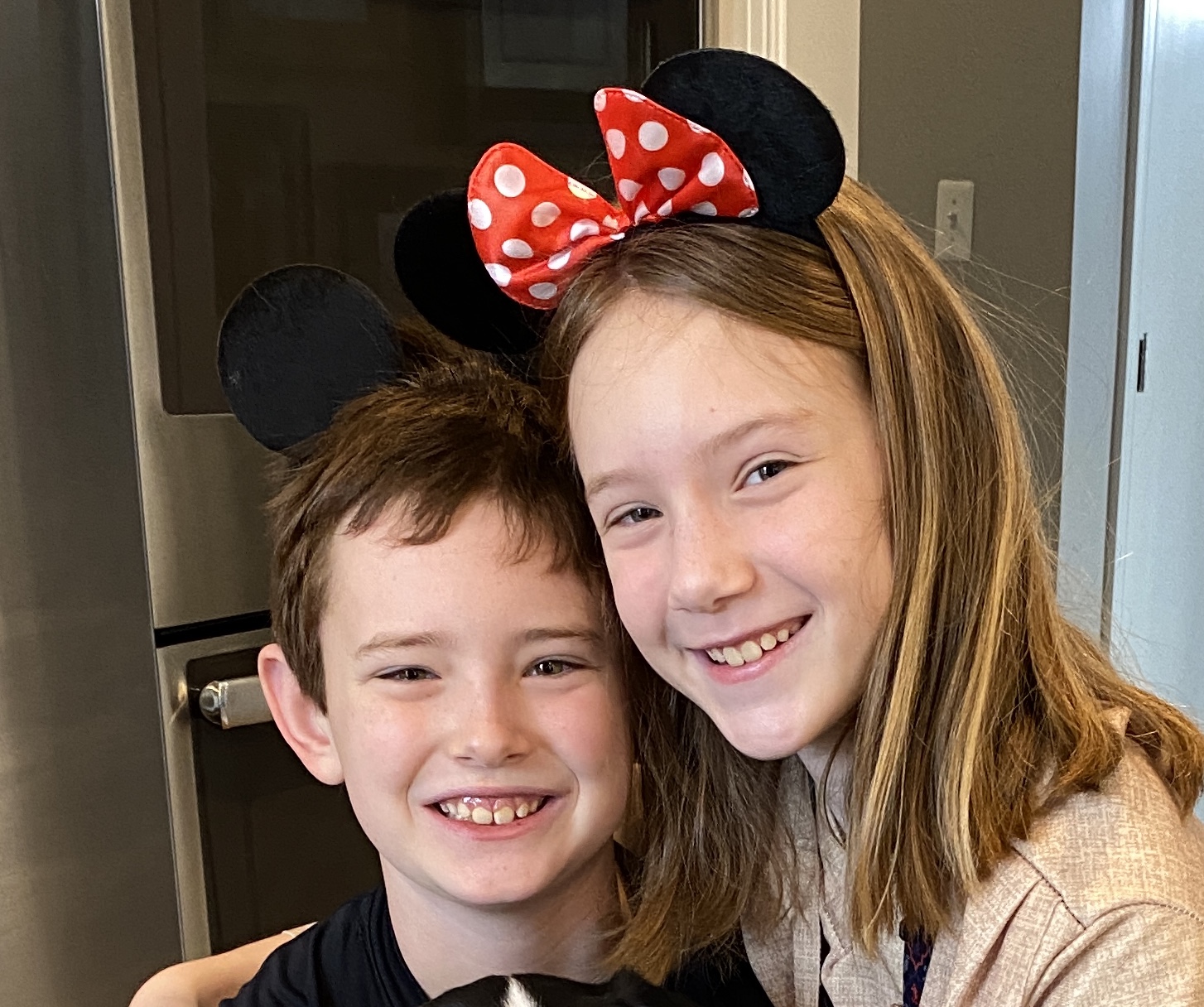 I also ordered some ingredients to make Dole Whips (the recipe is below!!), and some Mickey ice cream bars for Zoey who would rather die than try a Dole Whip because she’s insane. I wish I thought of buying churros too, but I didn’t so I’ll buy churros for our next Disney Day and probably inhale them before the day even happens.

So I went to etsy and bought some quick downloadable tickets that you can customize with names and stuff. They’re $7, but if you want to spend $0, you can easily mock up some lamer ones and the kids won’t think any less of you. Here is a VERY IMPORTANT WARNING!!!!! You have to make it VERY clear to your kids that they are not actually going to Disney! I was worried my kids would see the tickets and freak out with excitement that we were actually going. Do NOT make that mistake or you will scar your children for life and have to spend all of your 529 money on years of therapy. 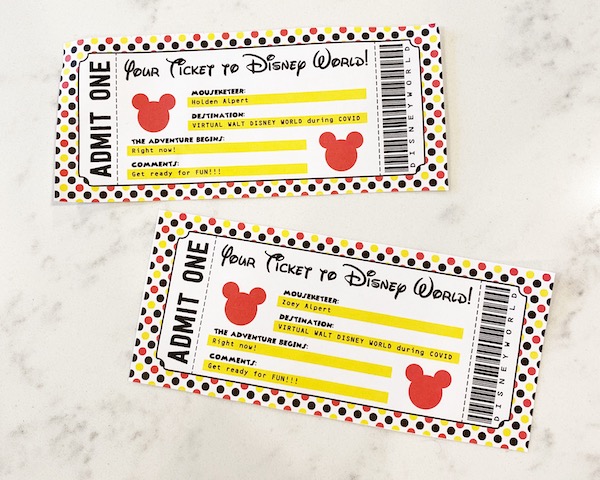 Here is the itinerary I typed up. Feel free to steal it or make your own.

If you click above, I think you can actually download and print mine. Yes, I am literally giving it to you to steal. 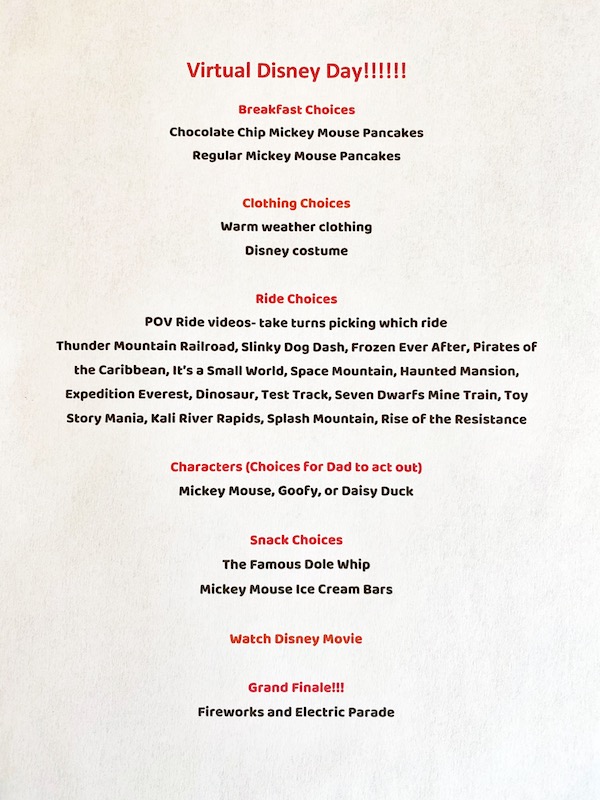 The best part about not actually going to the park is that you don’t have to wake up at the ass-crack of dawn and shovel granola bars into your pie-holes as you run to catch the transportation to the park. I would like to thank Walt Disney for making Mickey Mouse’s head three easy circles so that even slackers like myself can make these pancakes. 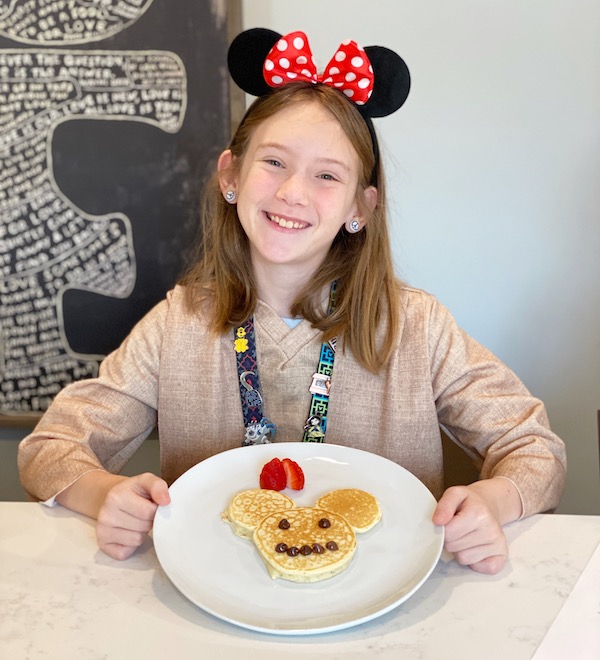 Did you know that there are companies that literally go and film every single Disney experience and put them on YouTube? Excuse me while I quit blogging and go get THAT job. Anyways, all you have to do is type in the name of the ride on YouTube and look for the videos that say POV. Aim for the videos that have a super high number of views because they’re usually shot the best.

Bonus! No lines to wait in, no motion sickness, and your kids can even “ride” the rides they’re too scared to ride in real life. And if your kiddos are still small, you can even put them in a laundry basket and bounce them around while they’re watching the videos.

I’ve put some of our favorite rides in the itinerary, but my kids are 9 and 11. If you’ve got littles, make sure to include rides like Winnie the Pooh, Journey of the Little Mermaid and The Barnstormer! 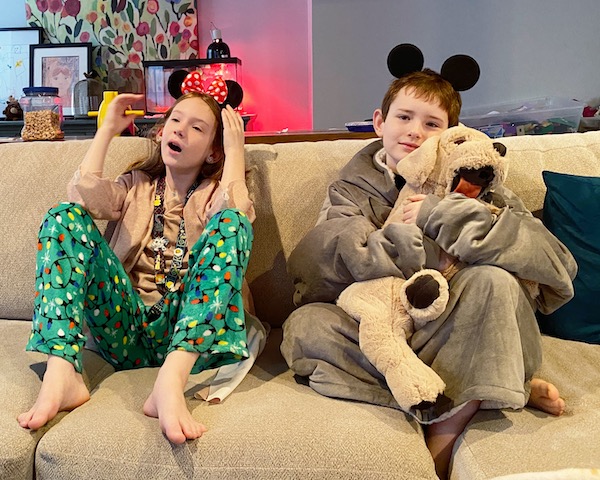 I skipped this one because Holden would have been like no way, but if your kiddos are into costumes, this is an awesome thing to do. Just let your kiddo dress up like a princess or a pirate or a jedi or a jedi princes pirate fairy. Do their hair, add a touch of makeup, sprinkle a little glitter if you’re insane, and tadaaaa, it’s your own (but WAY cheaper) Bibbidi Bobbidi Boutique!! 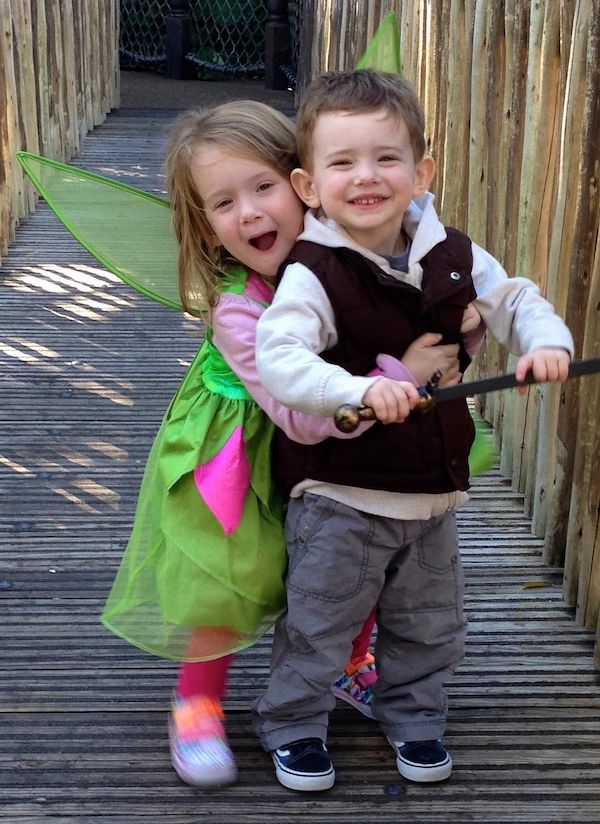 Okay, if you don’t know what a Dole Whip is, you have not lived before. Here is how you make literally the best frozen treat on earth.

Just put them all in the blender and blend the whole thing for like three minutes. You’ll probably have to have to stop it halfway and push the pineapple down with a spoon.

You can either eat it as is (I suggest a beer bong to chug it), or if you want to be fancy, scoop it all into a piping bag with a large star tip. Freeze the bag for 40 minutes. Then squeeze it into cups and prepare yourself for the most delicious taste on earth… and brain freeze! 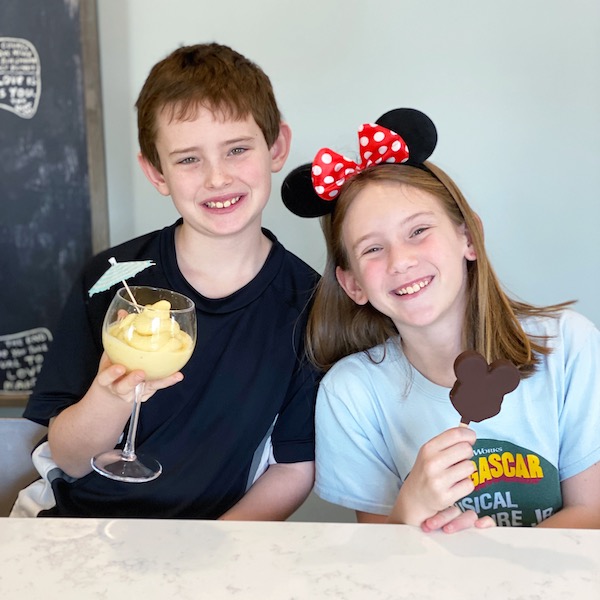 End your perfect Virtual Disney World Day by watching the Disney castle fireworks and/or the Disney Electric parade on YouTube. WARNING: Make sure you have TISSUES!!!! If you’re anything like me, you will tear up at the sound of the Disney music and be slightly mortified. But hey, what’s a trip to Disney without tears of joy?

And this is the hour that your family will get down on their knees and thank you for being the best mom on earth. Bwhahahahaha, just kidding. Even Disney magic isn’t THAT good.  But if you’re lucky, your kiddos will have the most kickass awesome time and remember Virtual Disney World Day as one of their favorite childhood memories.


Tags: Disney during Covid, entertaining kids, I miss Disney, things to do with kids during Covid
There are 5 comments for this article
Subscribe to Baby Sideburns
Follow Baby Sideburns on Instagram
Buy my books!!!