All the kickass stuff we did in Asheville:

1. Ziplining at the Adventure Center of Asheville 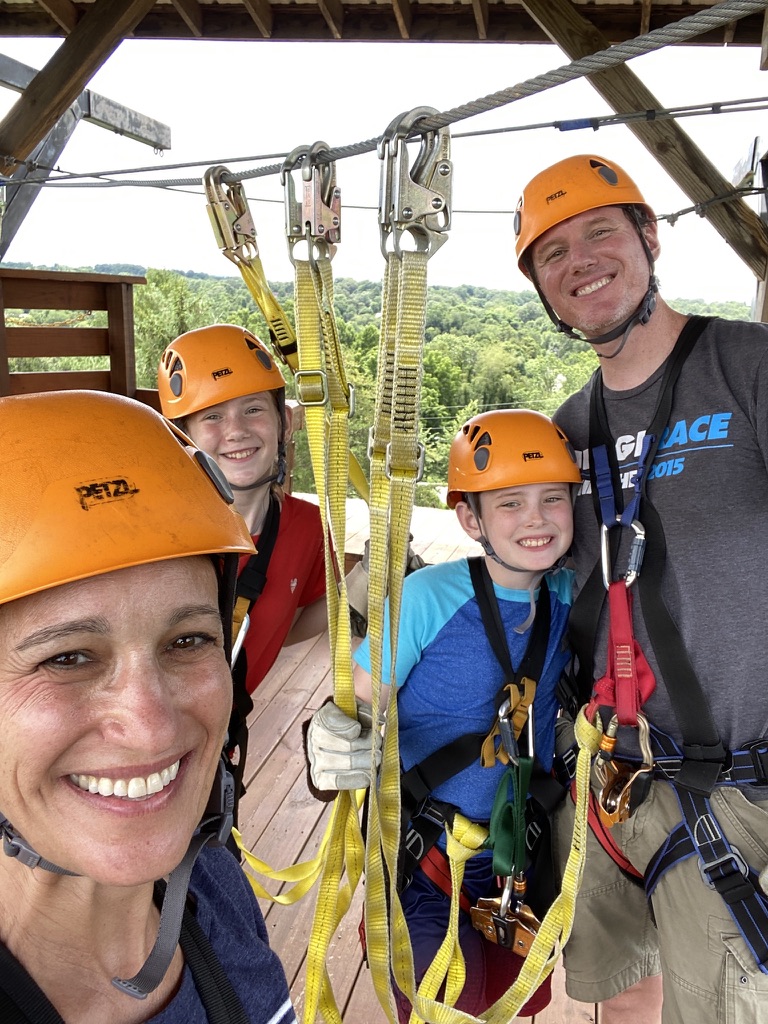 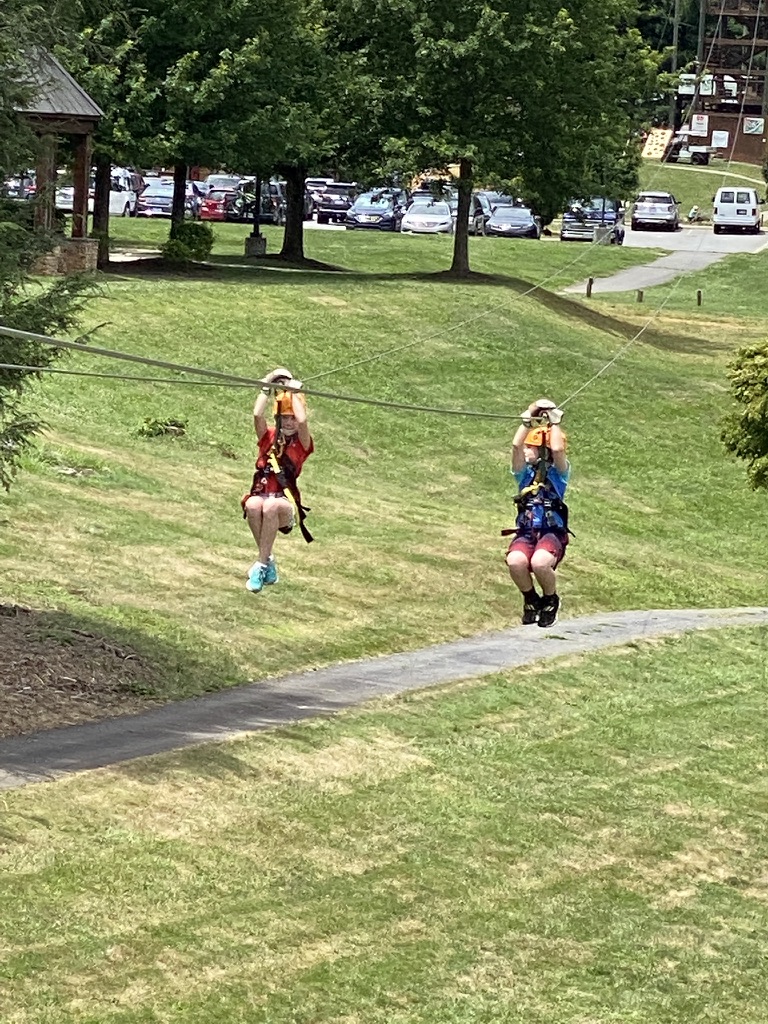 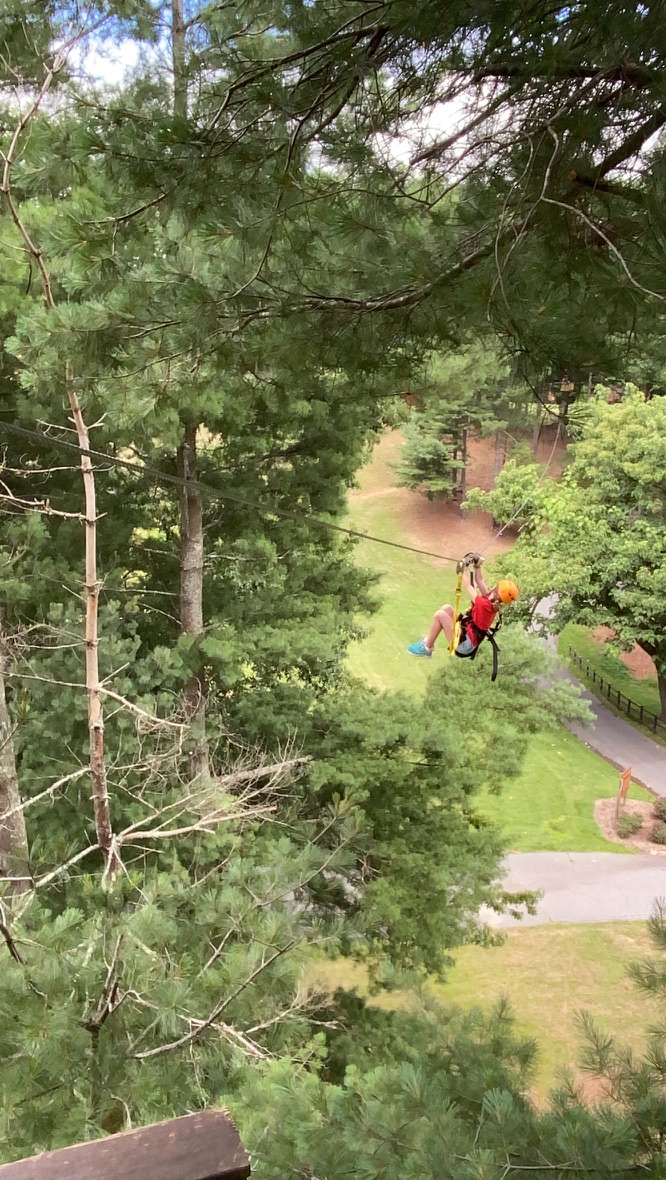 Holy crap! Oh wait, that was the subtitle of my last one, wasn’t it? But seriously, holy crap, again. This crib is the shiznit. 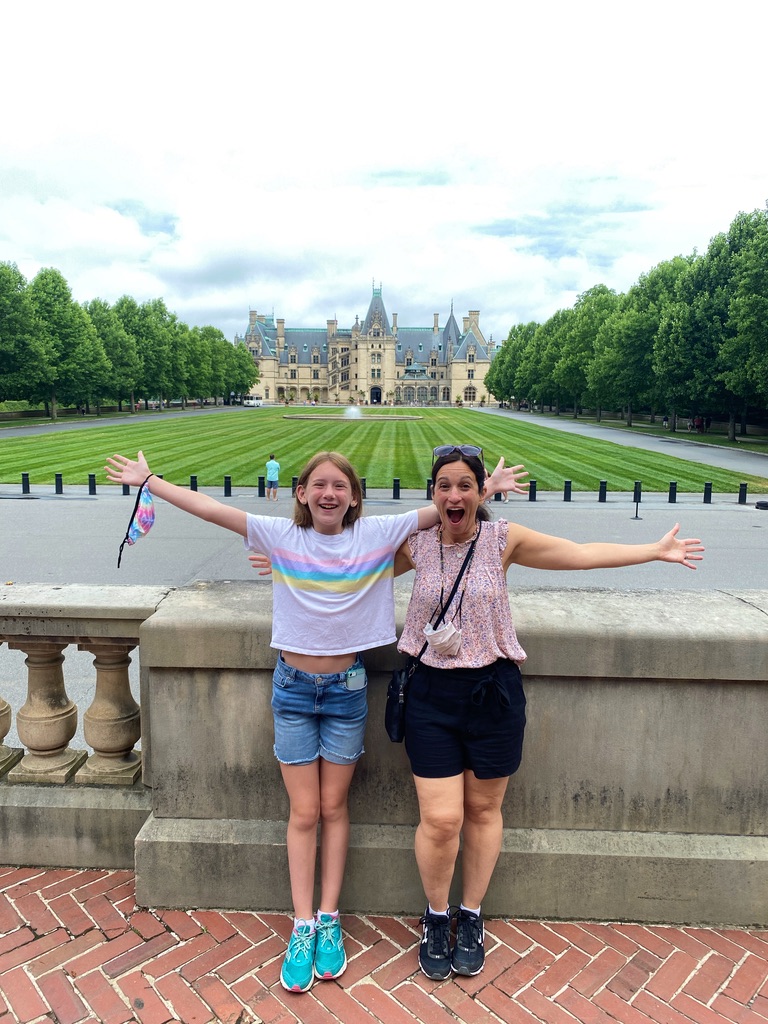 The only downside is that the Biltmore is a small fortune to visit. Seriously, a family of four was $222. That’s a lot of dough to go walk around someone else’s house. But, and this is a big BUT (much like my own), it was very worth it if you ask me. You definitely want to get the self-guided audio tour, and they have a separate one for kids that’s narrated by the Vanderbilt’s dog. So cute!!! 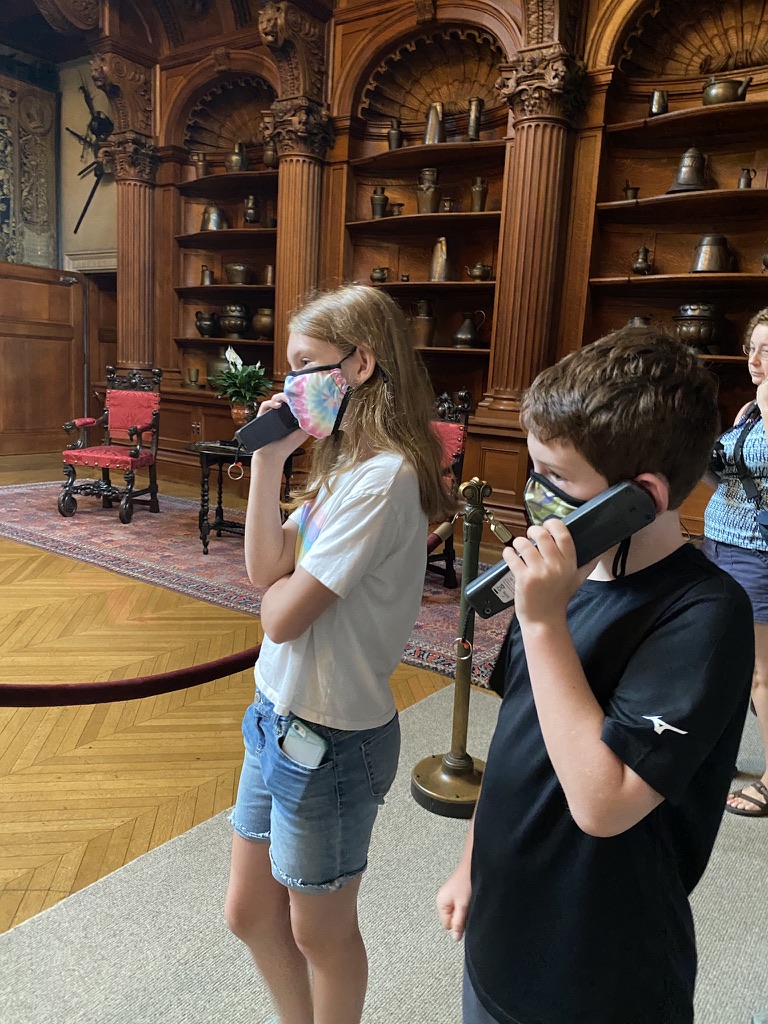 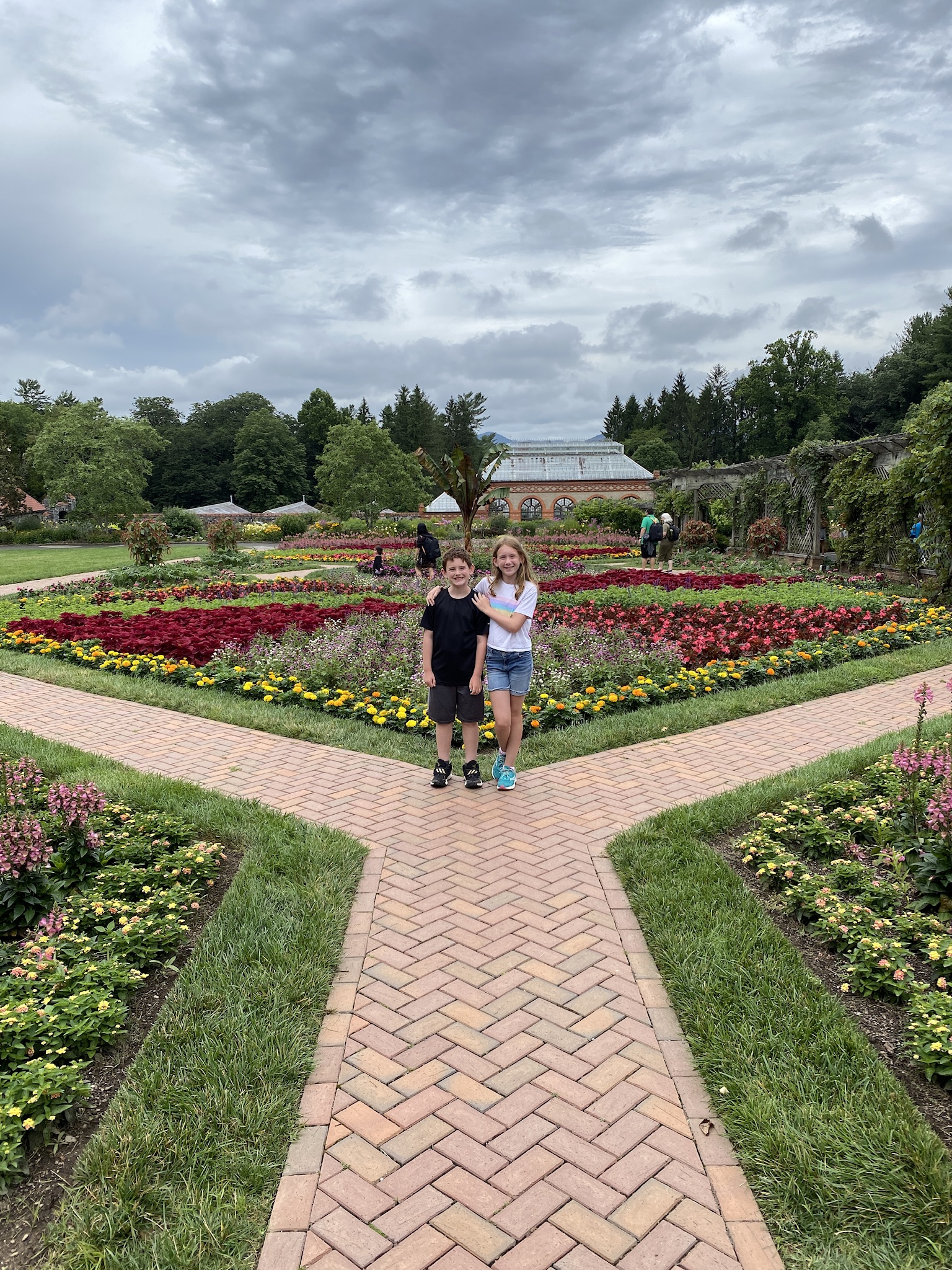 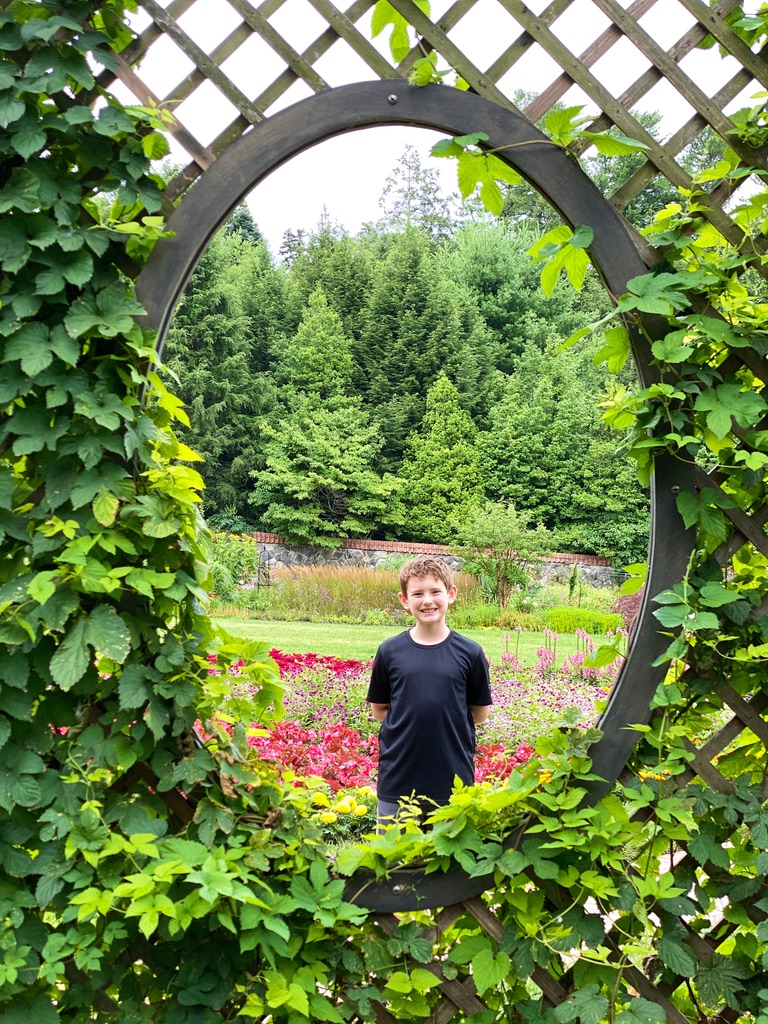 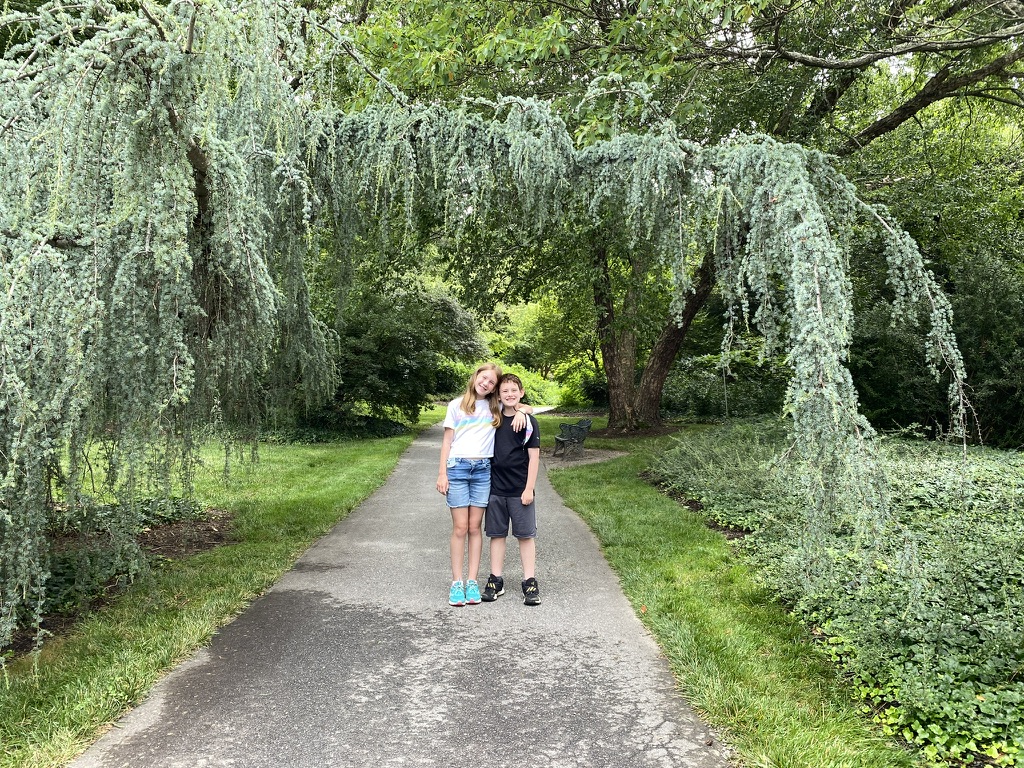 3. Whitewater Rafting down the Nantahala River

This might have been my favorite day of all! I have to admit that I’m scared shitless of whitewater rafting, especially when my kids are with me because I’m constantly picturing them flying out of the boat, but we did it with this company called WildWater and they were awesome. Our guide Robert was quite possibly the biggest badass I’ve ever met.

Since I couldn’t take my phone with me, I don’t have pictures of Robert purposely helping us SPIN down one of the rapids (so fun!), or of the time we had to save a man who fell out of another boat. I shit you not, his family decided to do it without a guide, and he flew out of his raft, and my hubby had to heave this huge guy out of the water and into our boat. Hellllllooo, this is why you get a guide, people.

Anyways, I do have these pictures that someone takes from a deck overlooking the last rapid. It’s a Class 3, and in case you’re wondering, this is what the different classes mean.

Class 2= butterflies in your tummy

Class 3= get ready to crap yourself 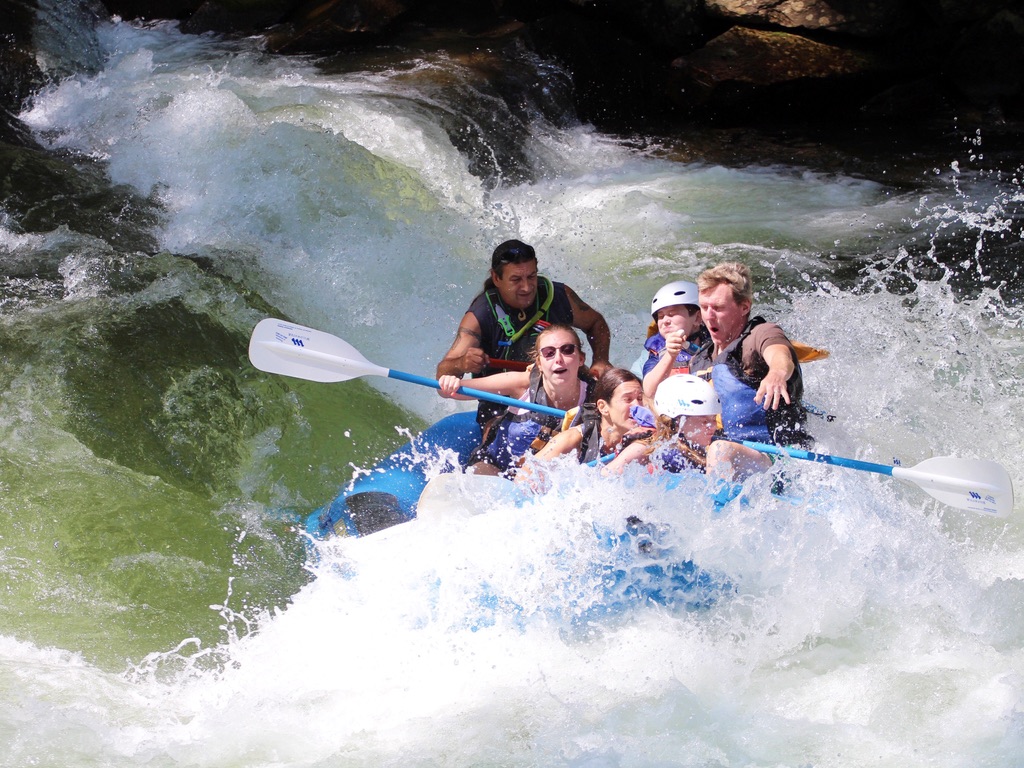 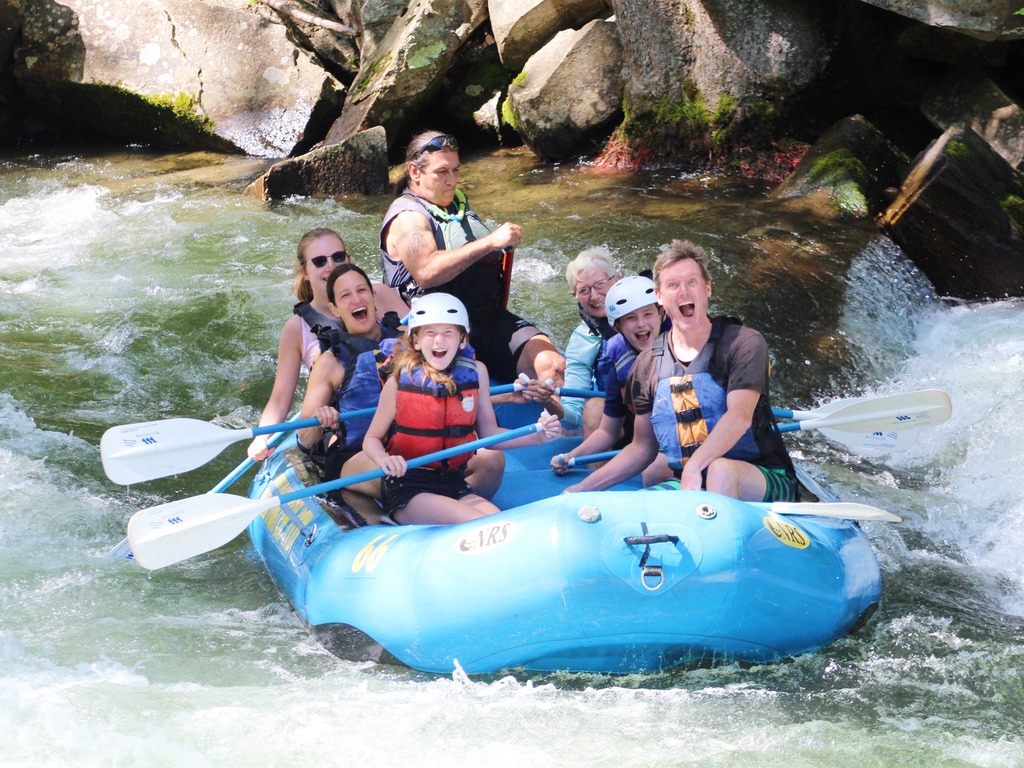 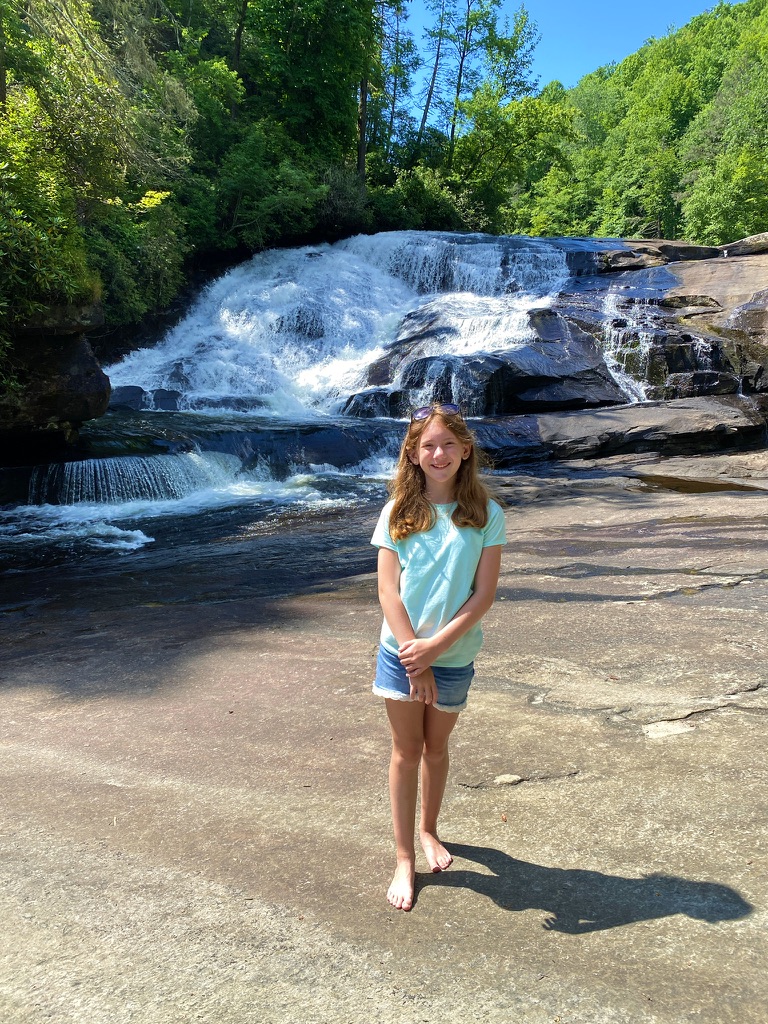 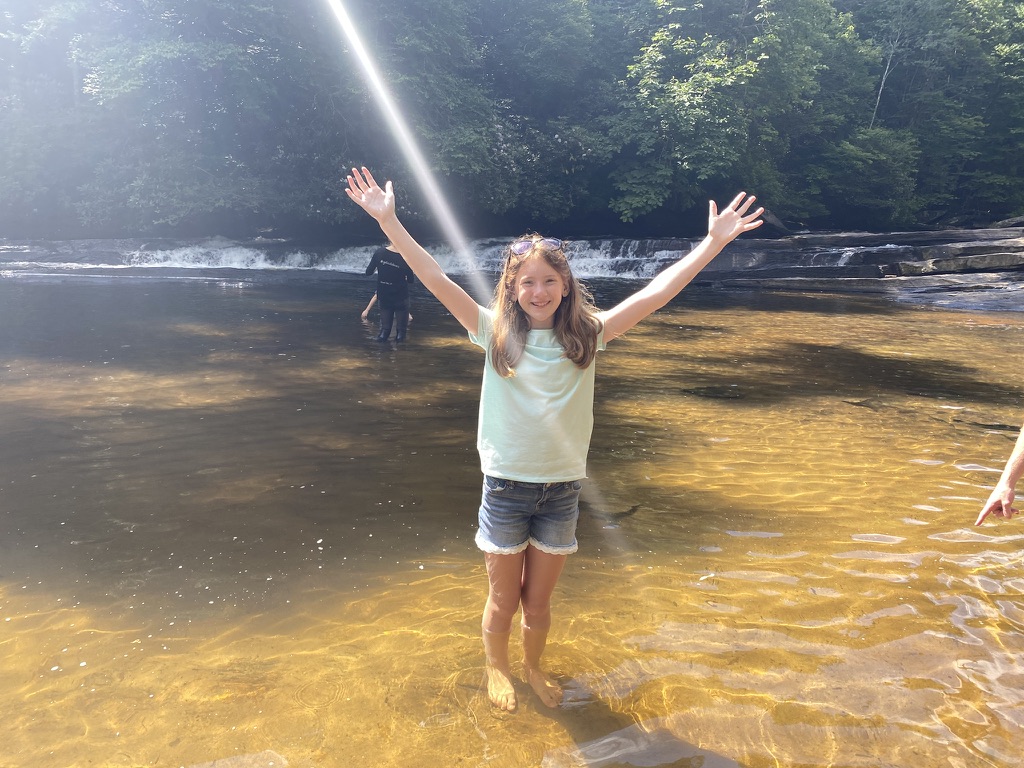 I know what you’re thinking. How come I wasn’t in love with this? Don’t get me wrong, the waterfalls were incredible. The trails were just a little too crowded for me and it was less strenuous than I like. Warning, get there early because the parking lot fills up!!

The second hike we went on was the Mountains to Sea Trail from the Folk Art Center. You could literally hear the highway the entire time, so about 10 minutes in I told my hubby we should cut our losses and drive to a different hike. And he looked at me like I was insane (which I am), but we went with my decision (because duhh). Seriously, do NOT do this hike, it was loud.

So we drove allllll the way to the Mt Pisgah Trail instead (worth it!), where we saw a young bear at the beginning of the hike, so we spent the first half of the hike singing at the top of our lungs. But seriously, this hike was almost perfect!! It was super strenuous with a crapload of stone stairs. 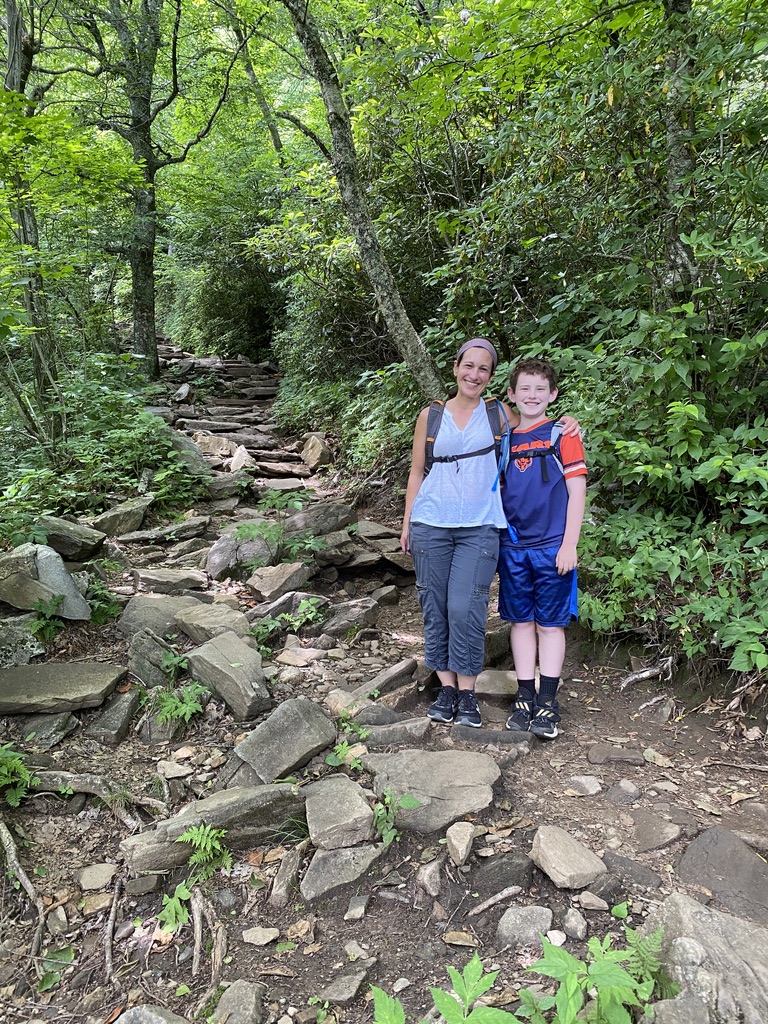 And at the top of it, we got 340-degree views. No, that is not a typo. Part of the view is obstructed by a huge, ugly-ass radio tower, but 340 degrees of the 360 degrees had beautiful mountains. 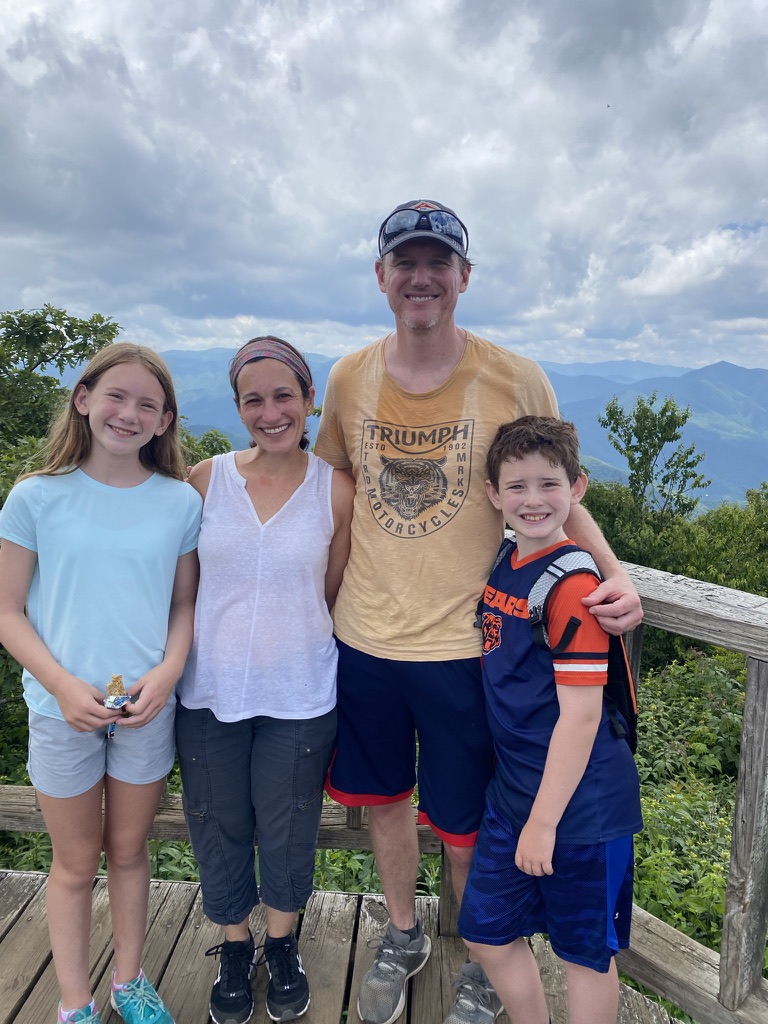 Okay, so people keep asking me where we stayed. We stayed in Black Mountain at an awesome place we found on VRBO. FYI, Black Mountain was beeeautiful and a super cute tiny town. 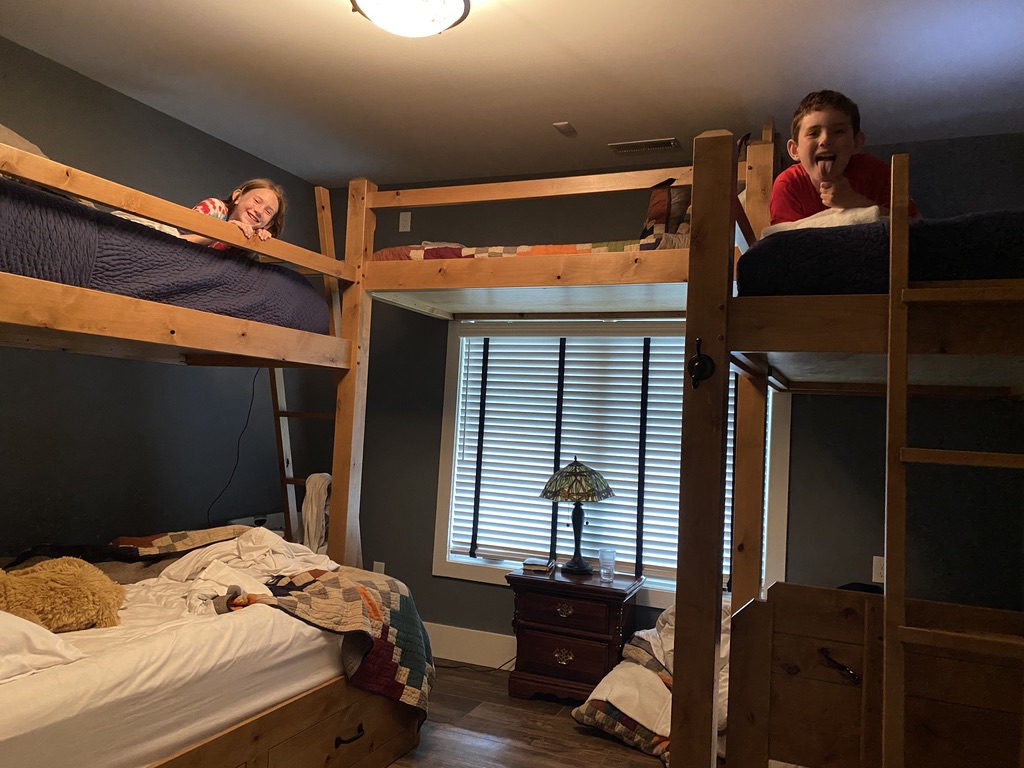 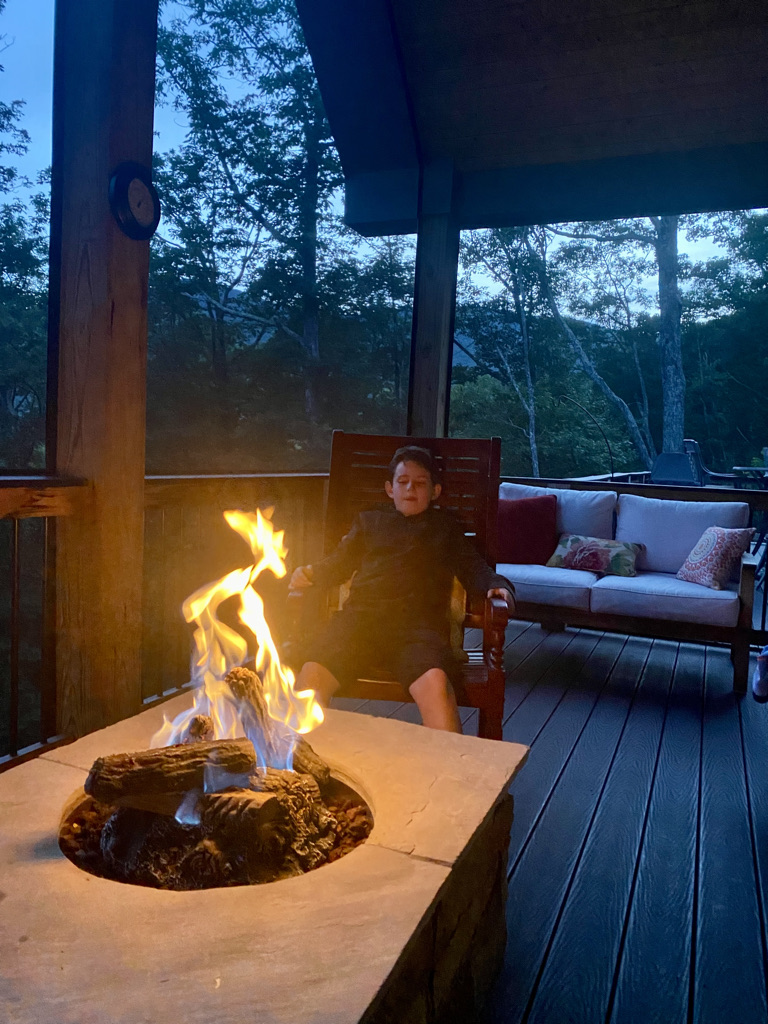 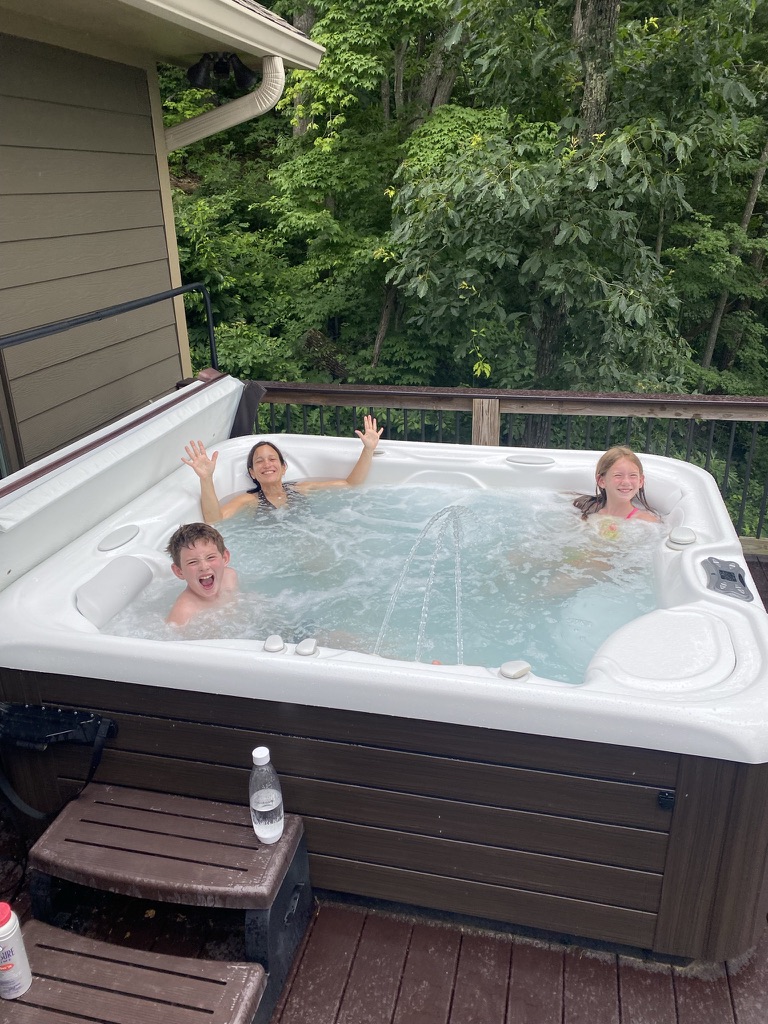 We even had some houseguests!!! More opportunities to crap myself. 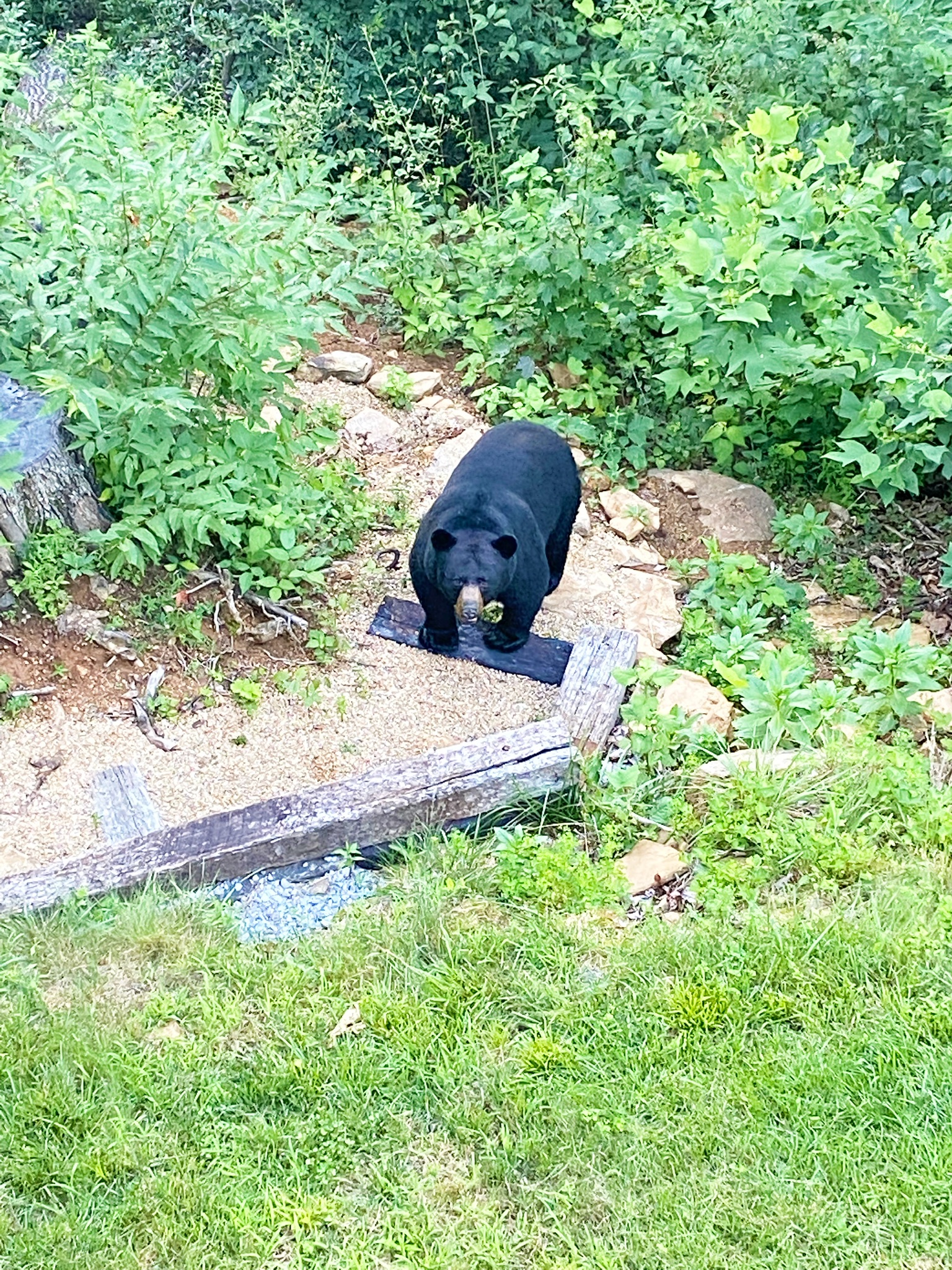 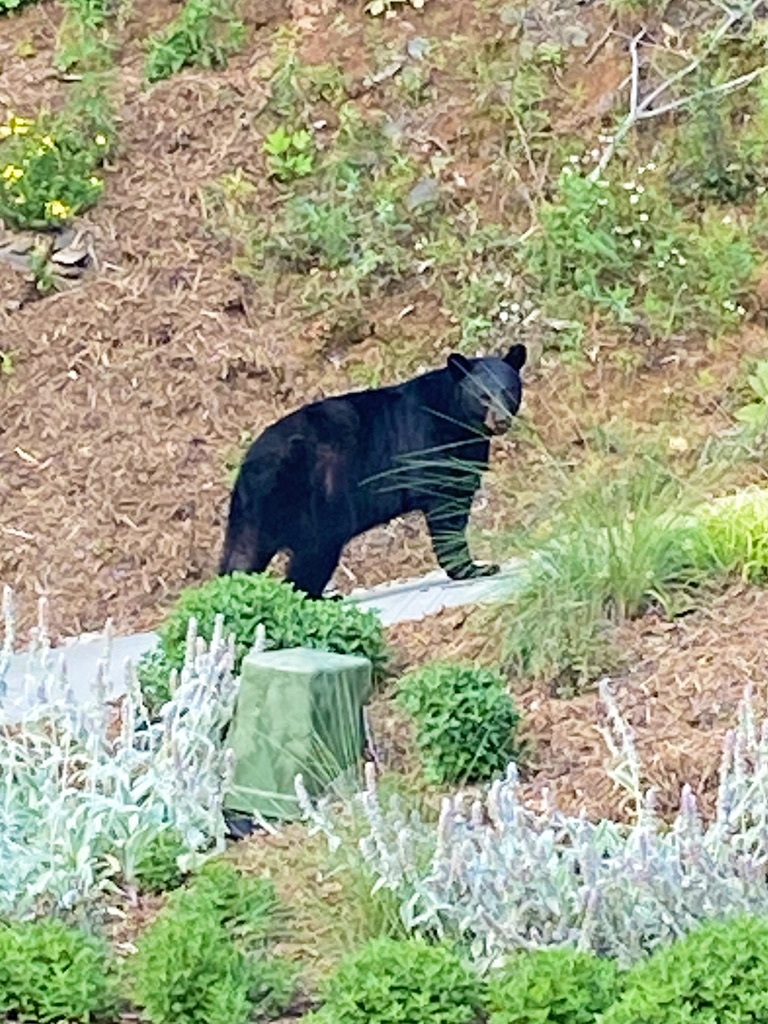 But in all seriousness, we saw 5 different bears while we were in Asheville. FIVE!!!! Absolutely INCREDIBLE! I just wish I’d brought some bear spray (I’m an Amazon Affiliate, so I can earn from qualifying purchases) that I would hopefully never have to use, but just in case.

Asheville was FULL of totally kickass restaurants… that we mostly didn’t eat at because A. my kids aren’t very adventurous eaters and B. We’re only eating outside these days since Holden isn’t vaccinated yet. Here were a few of our favorites.

Biscuit Head served breakfast that was to die for. The location we went to was all outside and you just ordered at a little pop-up tent. 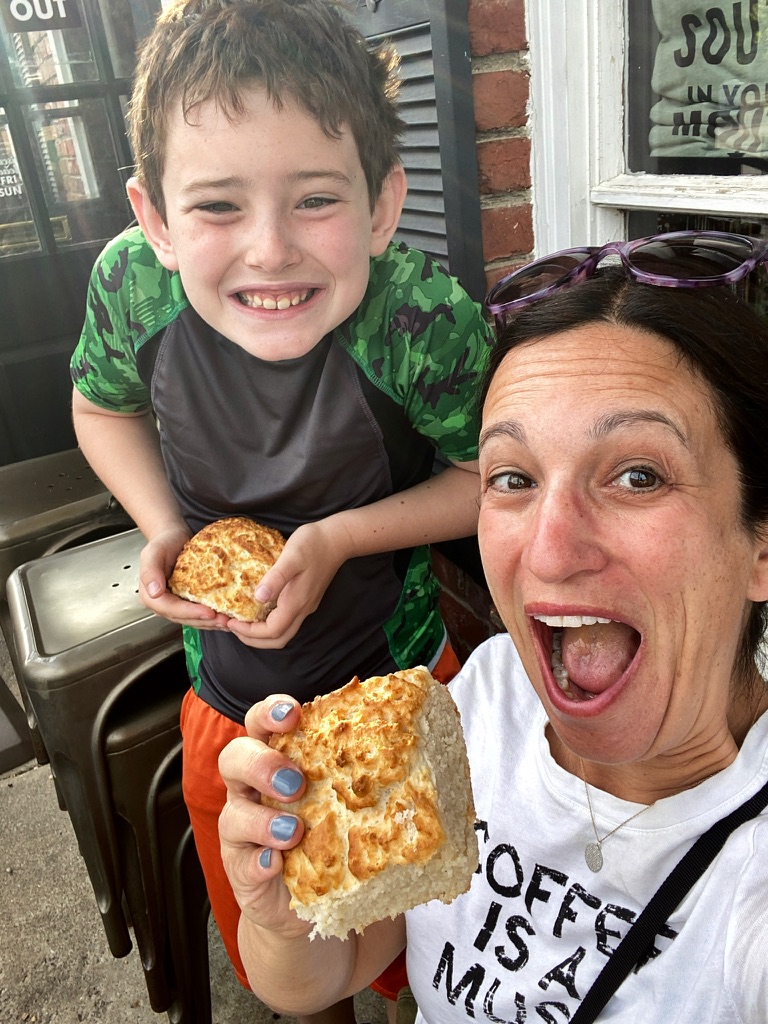 Mellow Mushroom is super fun and right across the street from some cute shops. This was Holden’s favorite because they served pizza. Lots of outdoor seating! 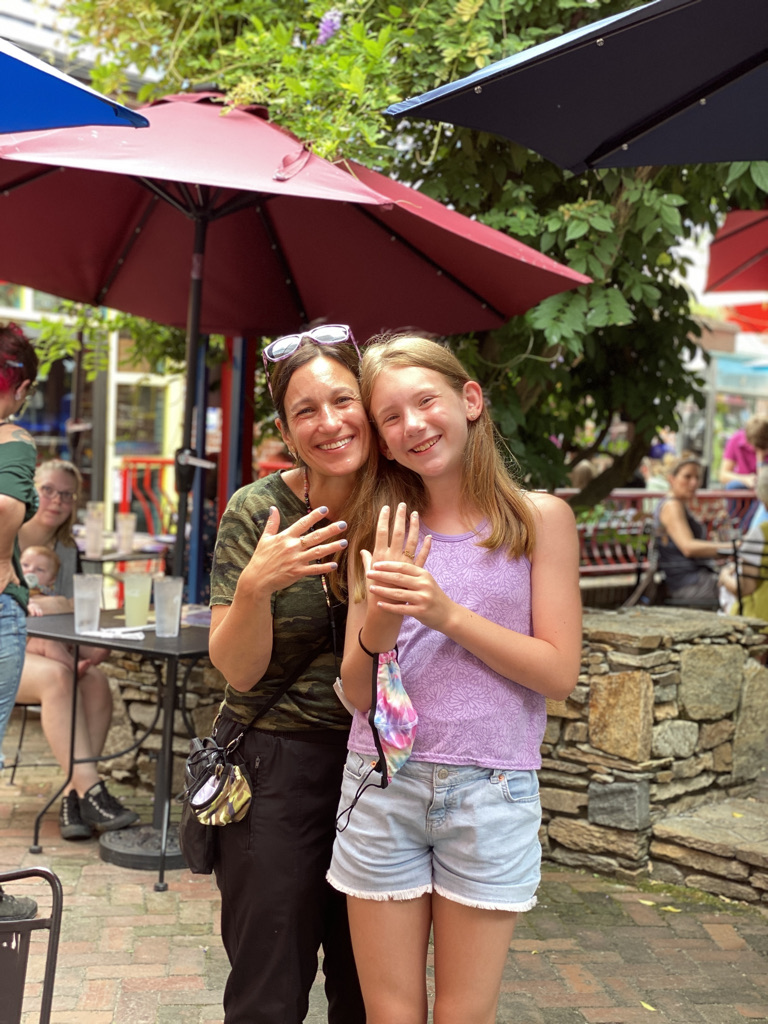 White Duck Taco. We went here twice. I HIGHLY recommend the Bangkok shrimp tacos and the Watermelon sangria. Plus, the outdoor picnic tables make it super casual and fun for kids. 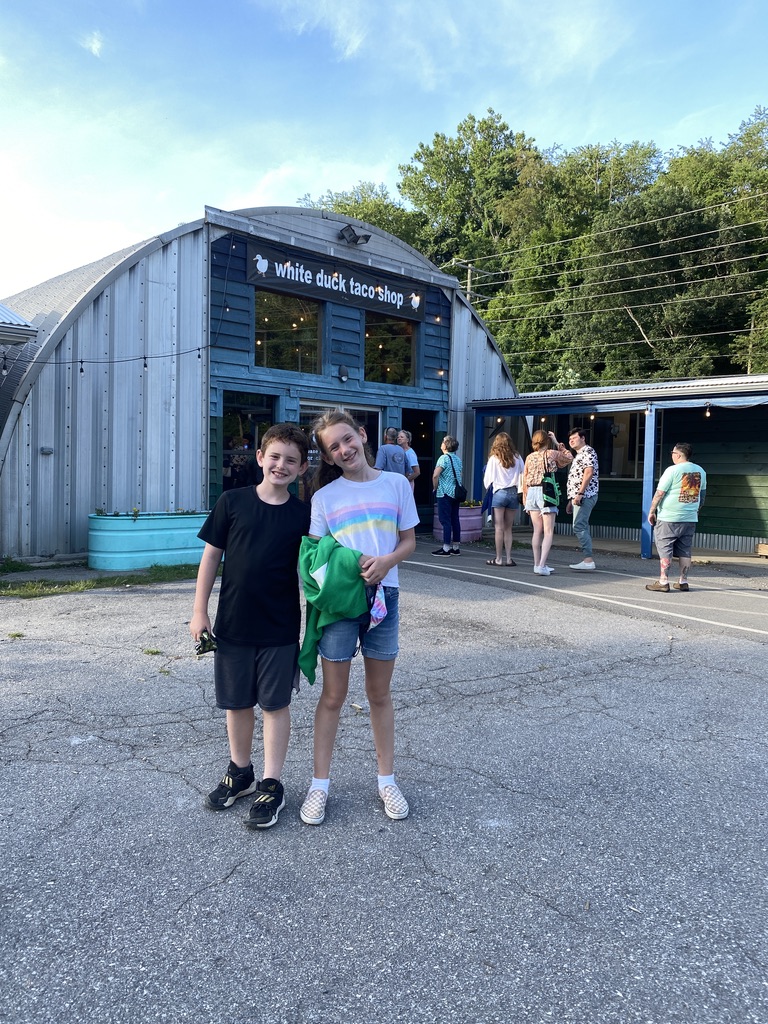 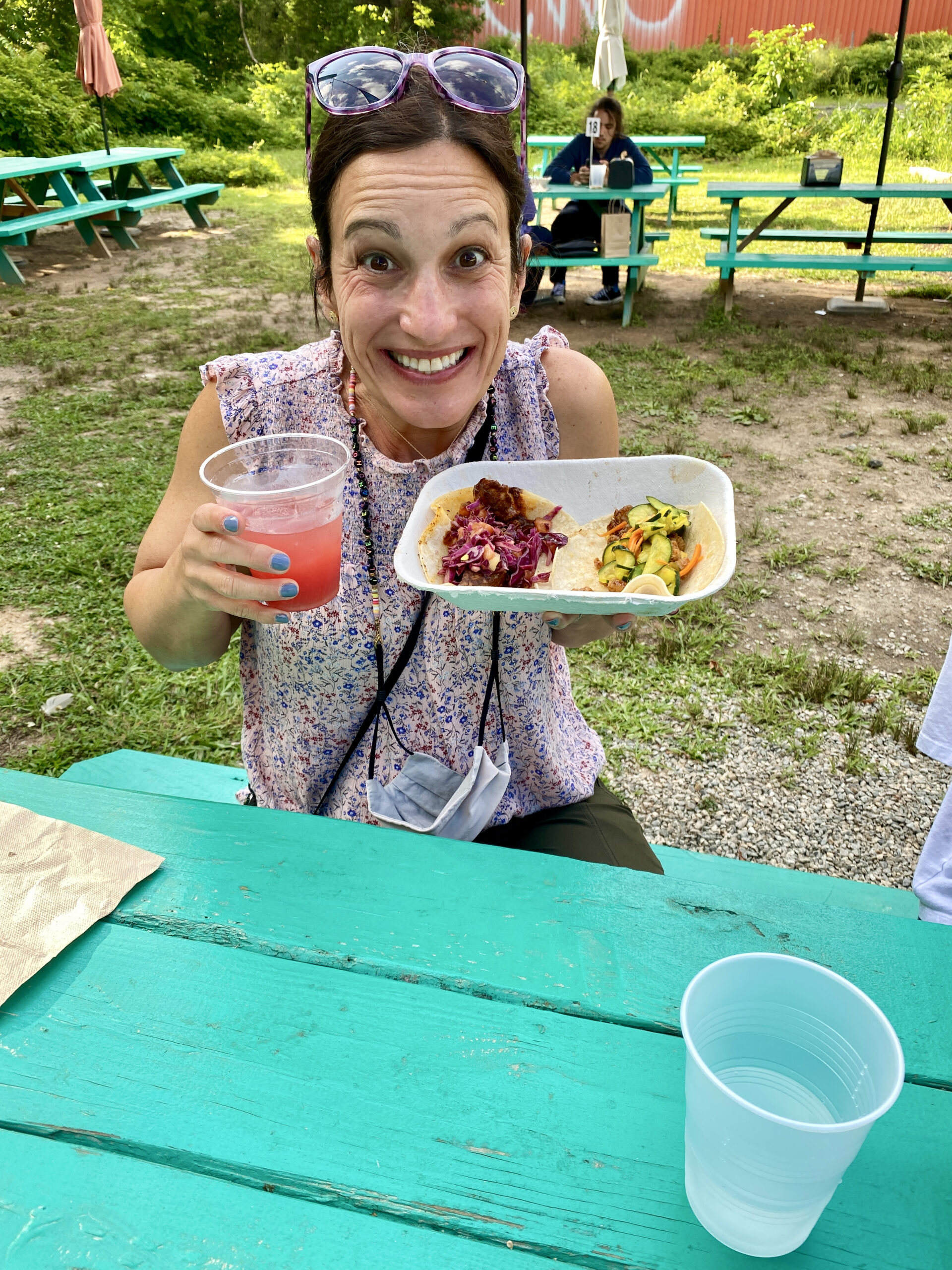 Black Mountain Bistro had a beautiful porch to eat on and an adorable garden. Plus, it had one of those awesome menus that makes it so hard to decide what to get! I went with the turkey dinner and it did NOT disappoint. 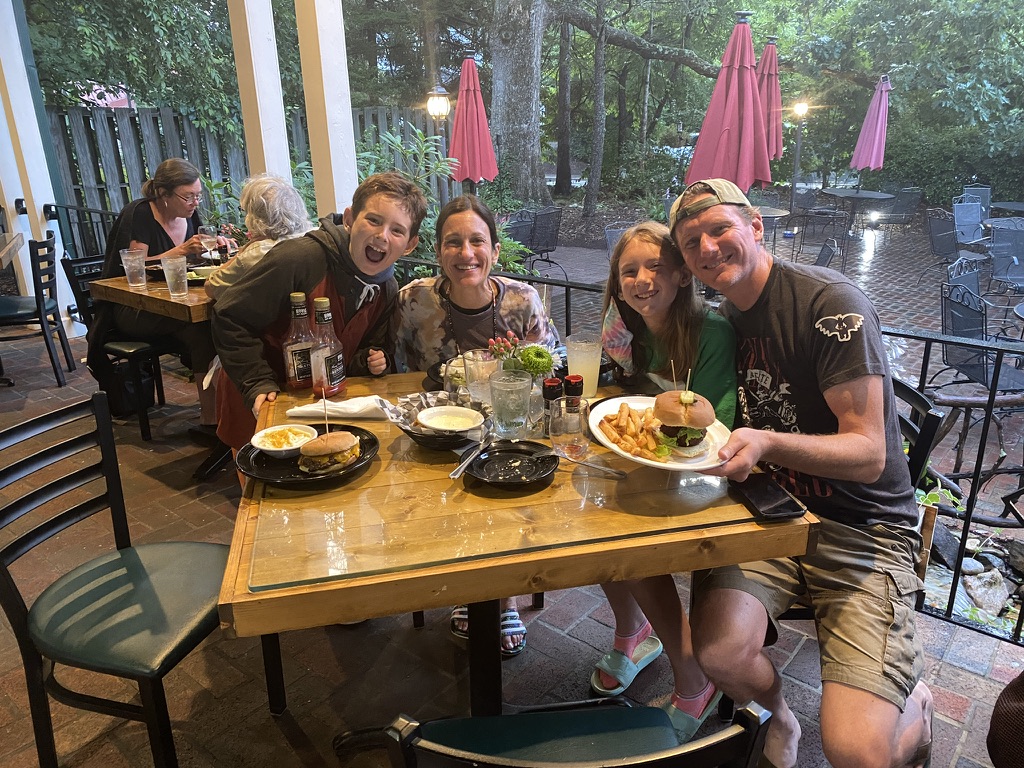 Salsa’s. I am literally drooling on my keyboard as I type this remembering our dinner here. OH. MY. GAWD. The bartender made me one of the most delicious margaritas I have ever had, I had an empanada that was the most delicious empanada I’ve ever had, and my husband says his dish (lobster and shrimp enchilada) was the best dish he’s ever had. F VRBO. Next time we’re not renting a house and we’re just going to camp out at this restaurant. 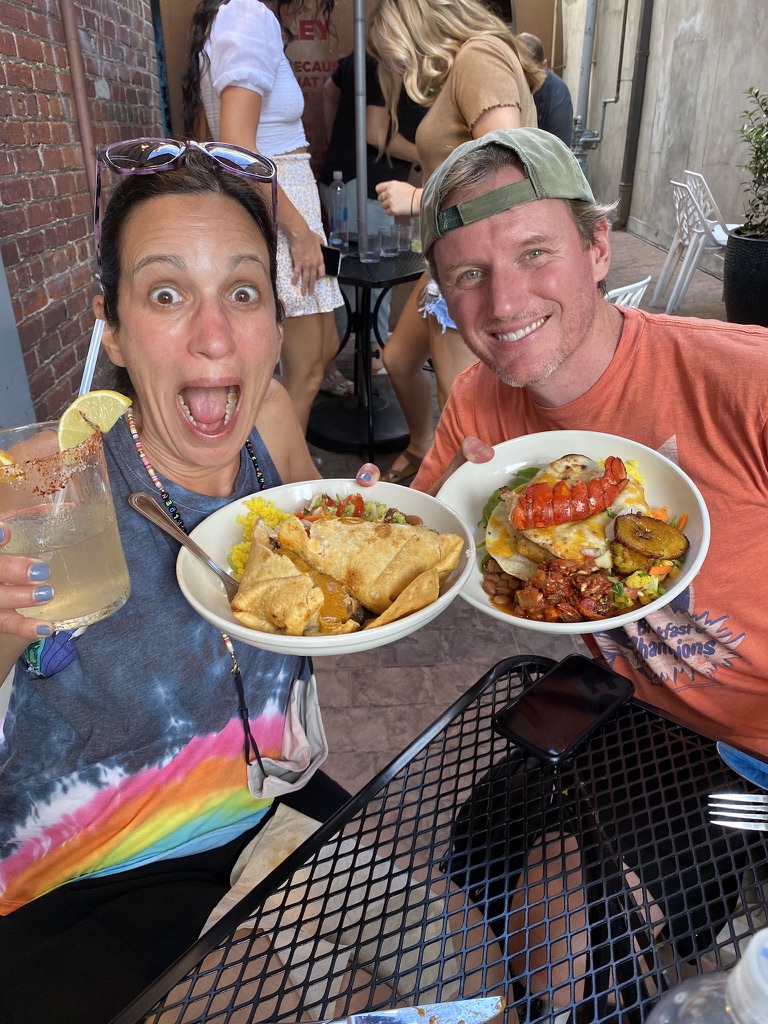 Sadly, there were plenty of places we didn’t get to visit because we ran out of time. Oh well, reasons to go back! Because we will definitely be going back to Asheville someday. And if you’ve been to area, please leave any other suggestions in the comments! And if you haven’t been yet, did this make you want to go?! Hopefully!


Tags: Asheville, family vacation places, traveling with kids
There are 21 comments for this article