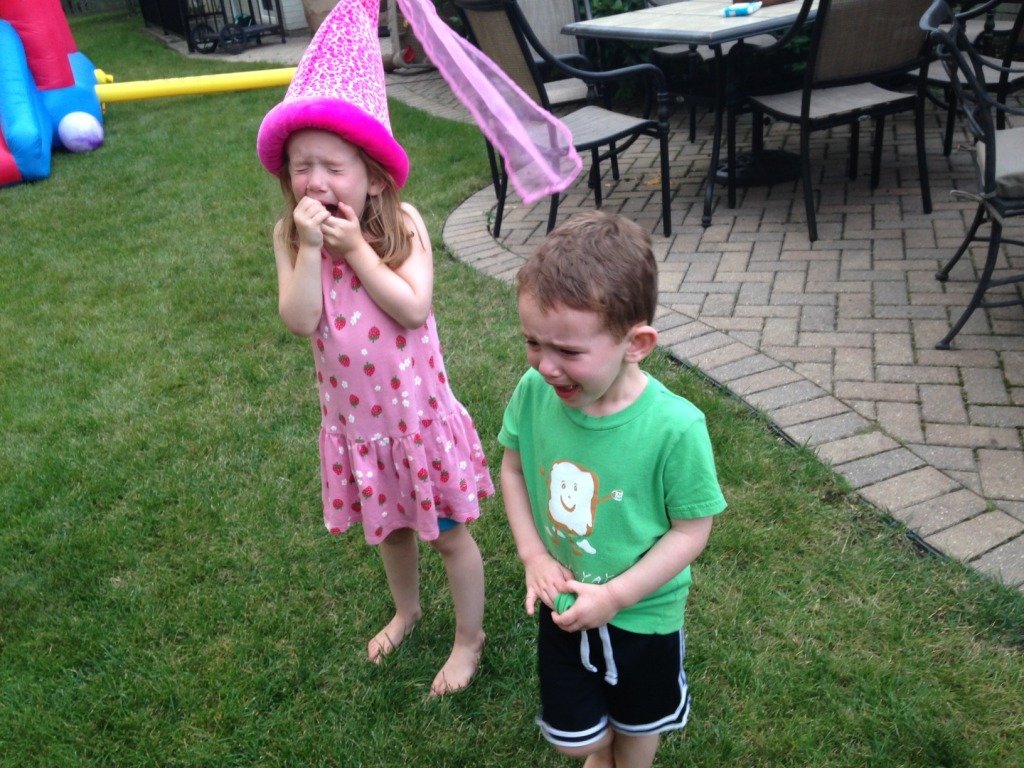 “Oh my God, this is the worst thing that could ever happen. Our lives are over and we will never be able to move on from this. How will we ever go on without that stupid F’ing $1 Spiderman balloon?”

Do you guys remember this picture from earlier this summer? When Holden’s Spiderman balloon floated away? Maybe you do or maybe you’re like me and have brainesia and don’t remember jack squat anymore. Anyways, as you can see it was pretty traumatic. And HILARIOUS. Uhhh, I mean devastating. But seriously, it was just a stupid balloon from the Dollar Tree and Zoey and Holden reacted like the world was on fire. I figured they would forget about it in a week or so and move on. Ennnh, wrong.

Now it’s many months later, and guess what my two kids are STILL talking about. I shit you not. The other night we’re sitting at the dinner table when we heard a really weird noise outside (probably just some stupid bird of something) but the kids were trying to figure out what it was.

ZOEY: Maybe it was a Boxtroll.

HOLDEN: No, no, no, mayyybe it was my Spiderman balloon.

Say WHAT?! You’re still thinking about that mylar piece o’crap? That was like three months ago when it floated away. And then, right there at the dinner table, I came up with an awesome idea. Muhahahahahaha, a brilliant way to trick my kiddos.

ME: Uhhh, guys, I gotta go run an errand.

And I left my hubby with the kids and rushed to the Dollar Tree to see if they still carried the beloved Spiderman balloon. Nine thousand minutes later (because of course the moment I arrived at the Dollar Tree they ran out of helium and had to change the tank), I walked out of there with a new Spiderman balloon and I was off to the park to take some pictures with it.

Okay, so this part takes a little explaining, so bear with me. You don’t want to miss my kids’ reaction to my trick.

So do you guys know what the Blinkbuggy app is? It’s this totally cool app that lets you pop your pictures and quotes and milestones all into one place on your phone. You know for regular moms who are too busy to run and get that stupid fancy baby book every time their kid rolls over for the first time or cuts a tooth. I mean seriously, do people seriously enter every tooth into those baby books? Ohhh look at that, sweetie, your third bicuspid came in on April 27 of 2014!! WTF?

Anyways, the Blinkbuggy app has this new feature that lets you take the pictures on your cell phone and turn them into cool postcards and send them to people with the push of a button. So awesome!! And a HUGE part of my diabolical plan.

So I took a picture of the Spiderman Balloon swinging on the swing set at the park (yes, the other people at the park thought I was a total whackjob) and quickly uploaded it to Blinkbuggy. Then I ordered a postcard of it to be sent to our house. I was like a dog chomping at the bit waiting for the mail to come every day, DYING to see the postcard. And then it came!!! 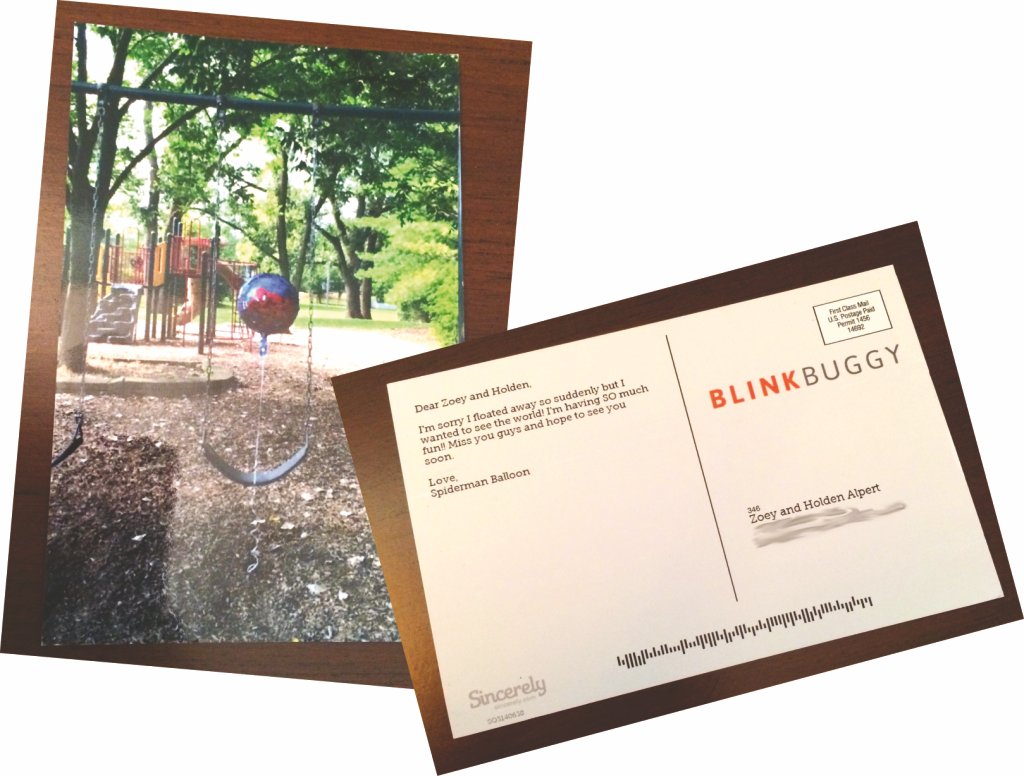 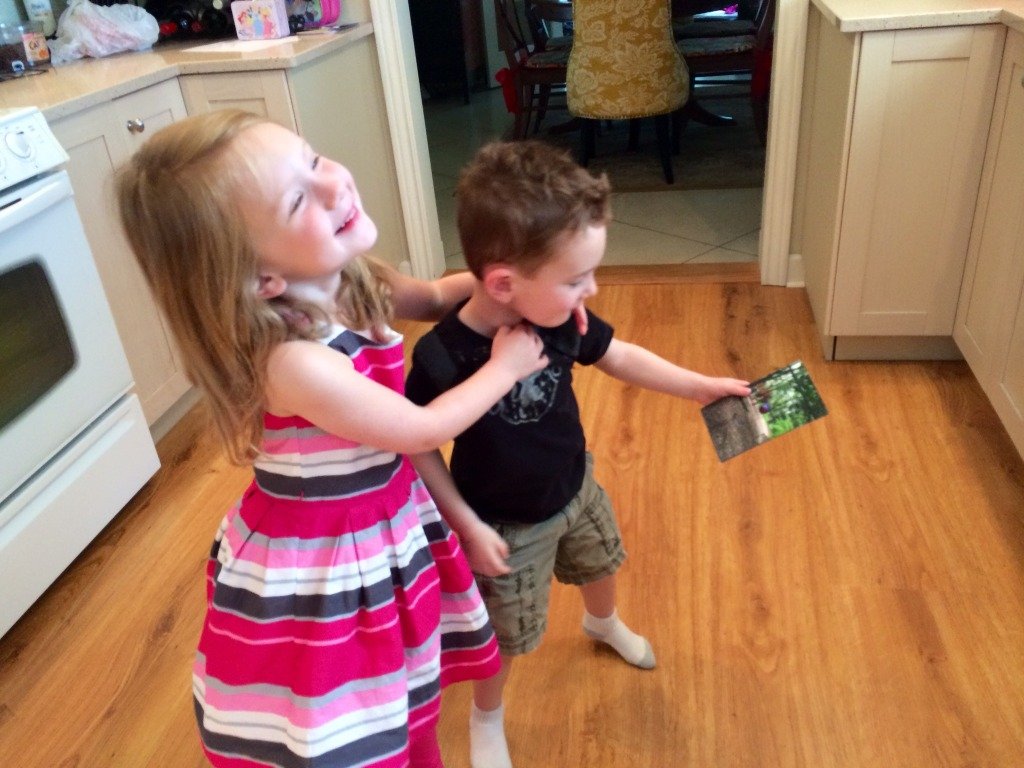 You would have thought they won a million dollar shopping spree at Toys R Us they were SOOOOO excited to hear from their long lost beloved helium friend. They were jumping up and down and shouting and cheering. See? 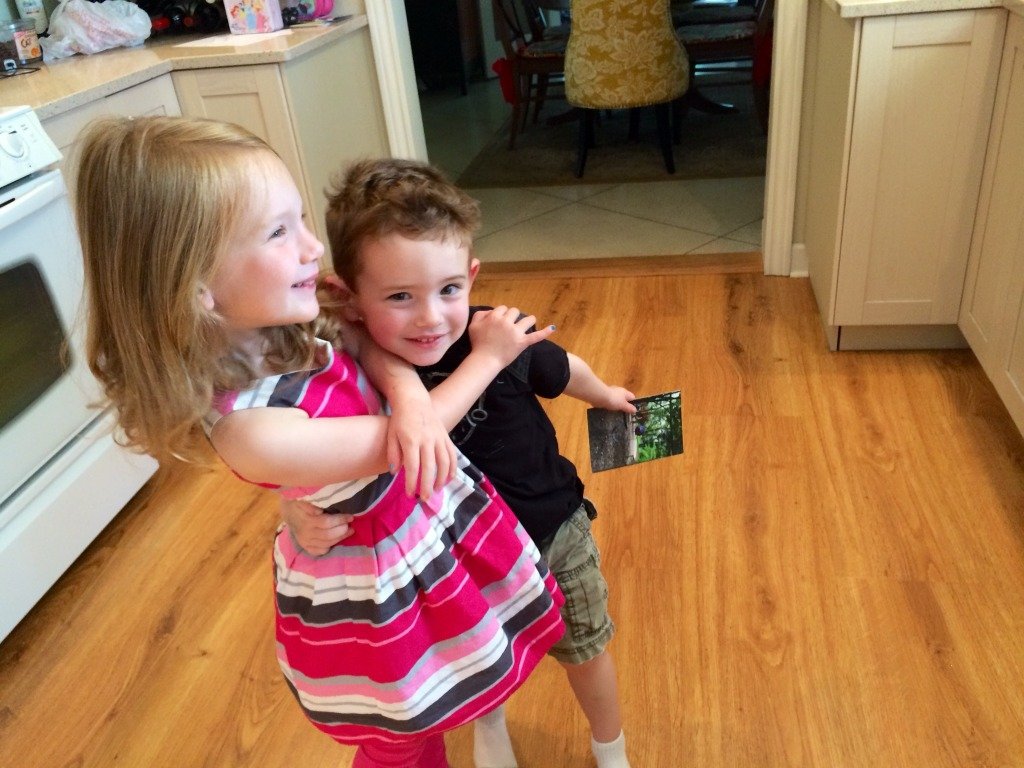 They even forgot they hated each other for a minute and hugged! 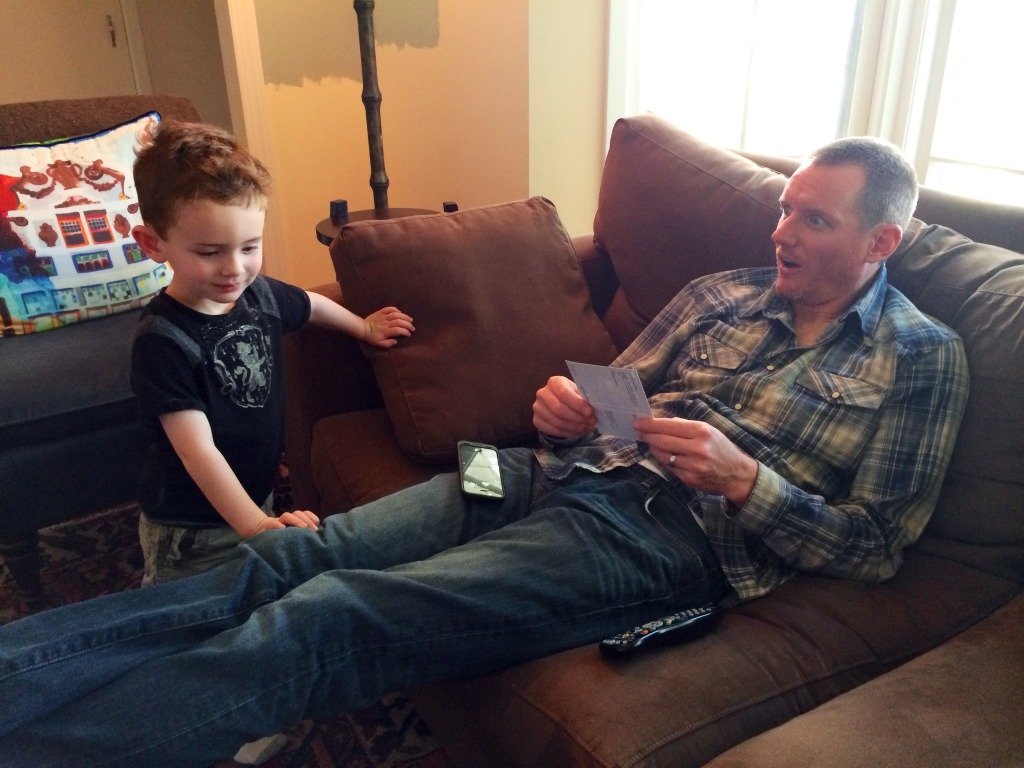 And Holden even rushed into the living room to show the postcard to his dad!!

Anyways, they LOVED getting the postcard from Spiderman Balloon and finding out there was actually a good reason he ruined their lives that summer day.

And I figure I don’t have to use the Blinkbuggy postcard feature for crazy stuff like this all the time either. I can use it for thank you notes (dear so-and-so, look at my kiddo playing with that giant drum set you got him, and yes, that’s me in the background chopping off my ears). Or I can use it to send people pictures from our vacations (having fun at the Eiffel Tower where Holden just dropped a penny over the side and killed a man). Or I can use it to keep my kiddos in line (hi Zoey, it’s Tinkerbell, and I’ll be watching you ALL day tomorrow).

And stay tuned, because I’m sure I’ll be sending lots more awesome postcards from Spiderman Balloon on his amazing adventures. Or whatever balloon they accidentally let go of the next time and totally freak out over. I just hope I’m there to take pictures, uhhh I mean, to hug them and stroke their hair and comfort them.


Tags: Blinkbuggy, Dollar Tree, Spiderman Balloon
There are 19 comments for this article