Okay, so I feel like whenever we go on vacation, there’s always like that one magical moment (of course once you have kids, it’s sandwiched between 10,000 shitty moments). Like when my hubby and I went on our honeymoon, there was this time our sailboat was surrounded by hundreds of spinner dolphins leaping out of the water all around us. Or the time we went to the Dominican Republic and my masseuse full-on massaged my boobs. Seriously, it was a couples massage and I was dying to yell to my hubby who was lying next to me with his eyes closed, “Check this shit out, she’s rubbing my nipples!!!” But I digress. Anyways, last week we went to Florida and we had one of those moments.

It was thousands of flying fish (I have no idea what kind of fish they really were but they looked like they were flying). Over and over again they’d leap out of the water in big groups moving down the shoreline for like ten minutes straight as everyone stood there mesmerized.

And then when it was done we all looked down at our feet and realized that something sucky had also happened. A bunch of those fish had jumped wayyyy too close to the shore and when the waves went out, they were left stranded on the beach dying. 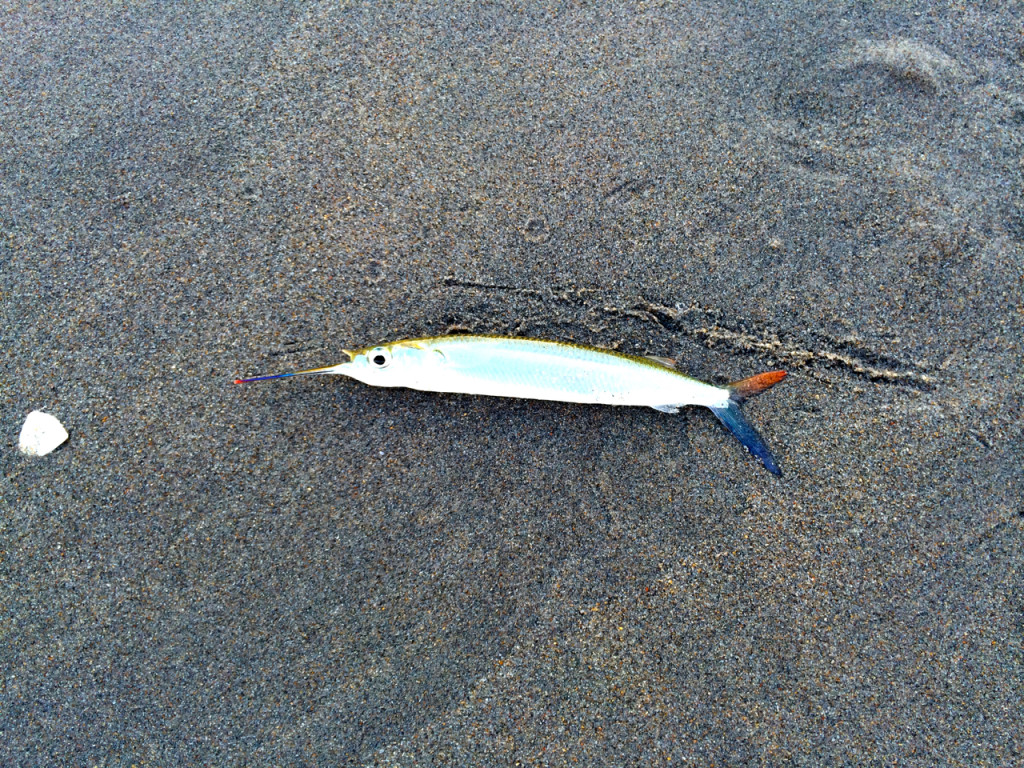 Who’s gonna tell me what kinda fish this is? I’m sure one of you out there must be a brainiac who knows fish shit.

But hey, I’m a big believer in letting nature take its course and survival of the fittest and all that other Darwin crap, so I’m like sucks to be you, fishies. See ya. And I started to walk away.

And that’s when I looked up and saw Zoey’s face. She was devastated.

ZOEY: We have to save them.

Uhhh, yeahhh, you do that. ‘Cause my fingers don’t touch slimy shit from the ocean. Especially when it’s still alive and staring up at me with its little beady eye.

ME: Go ahead. Toss them back in.

And that’s when she looked up at me with tears in her eyes and I don’t think in her entire life have I ever seen her look sooooo sad. She couldn’t bring herself to pick it up.

Well, why would she be able to do it? Here she is watching her mom be a lame-ass chicken shit, so where would she get the courage to do it? If I didn’t touch the fish, I wasn’t just failing as an AROS (Animal Rescue Operation Specialist) (yes, I made that shit up), I was failing as Zoey’s role model. Uggggh.

Deep breath in. Okay, here goes. Ewwwwwww. As I picked up the slimy fish between my two fingers, I prayed it wouldn’t start flopping around in my hand. And then I ran with it as fast as humanly possible and tossed it back into the ocean.

FYI, I didn’t actually say that last part out loud, but if they make this into a Lifetime movie, the actress playing me (Eva Longoria/Kerry Washington/Megan Fox) totally would. But I digress.

You should have seen Zoey’s face. There really is no word that captures the elation she felt at that moment. But there were still tons of fish all stranded along the beach. And she still hadn’t done anything besides watch me.

ME: (I stared straight into her eyes and used my deep James Earl Jones voice) Yes. You. Can.

And at that moment she pulled together as much courage as she could and she slowly leaned down and her fingers touched the fish at her feet. It was fast and there’s no way in hell she would actually pick it up by herself, but she did it. She touched it!!!

And she did. And we rescued like ten more fish together. See? 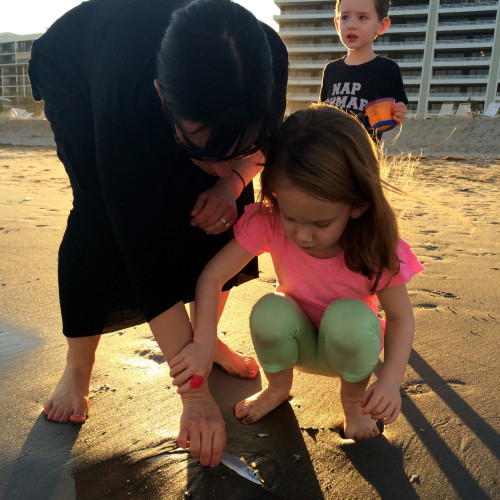 Hold onto my wrist and then you’re saving it too. Kinda sorta. 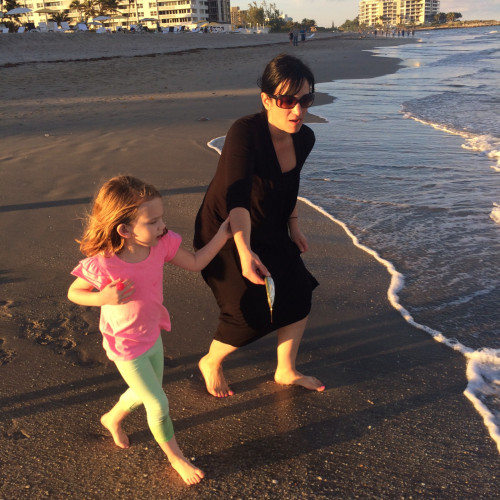 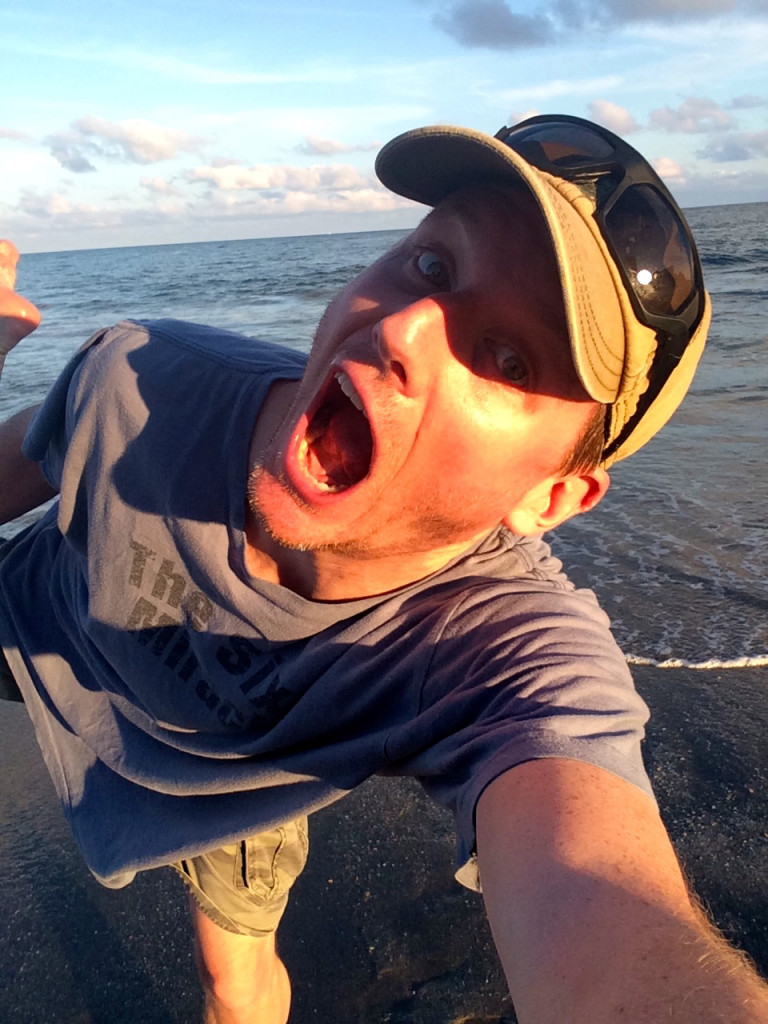 Seriously? Seriously??!!! In the middle of our GIANT rescue operation, my hubby snapped this selfie. WTF? 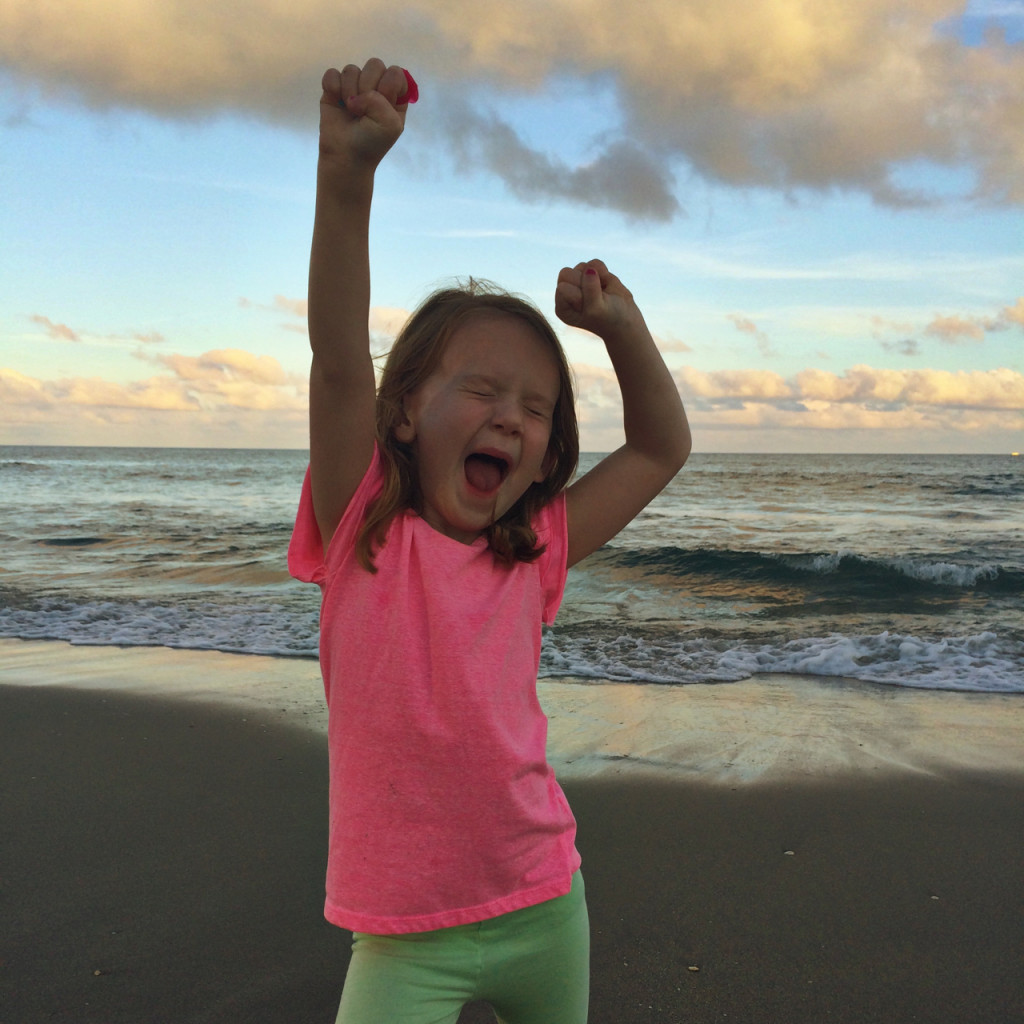 And after it was all over, Zoey celebrated touching a fish!!!