Okay, so every morning when we wake up and get ready, I pretty much always mutter WTF when Zoey picks out her outfit. Like here are a few that stand out in my mind. 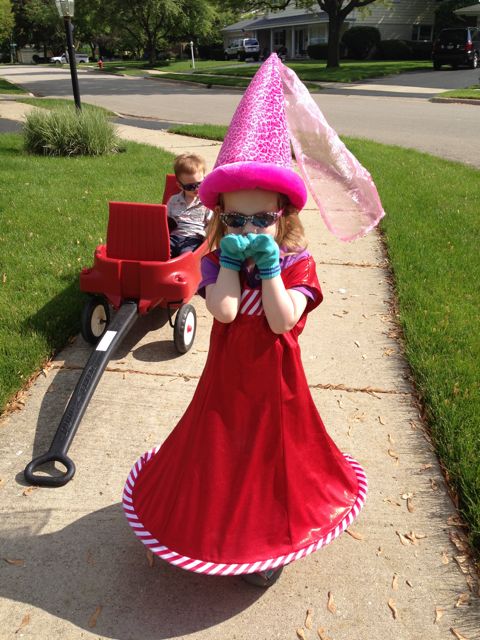 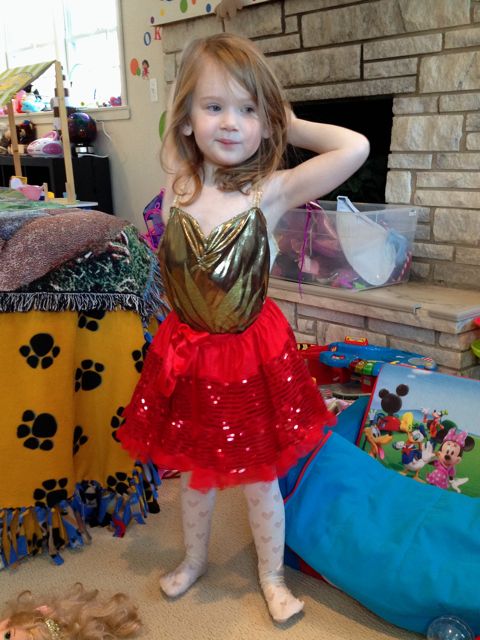 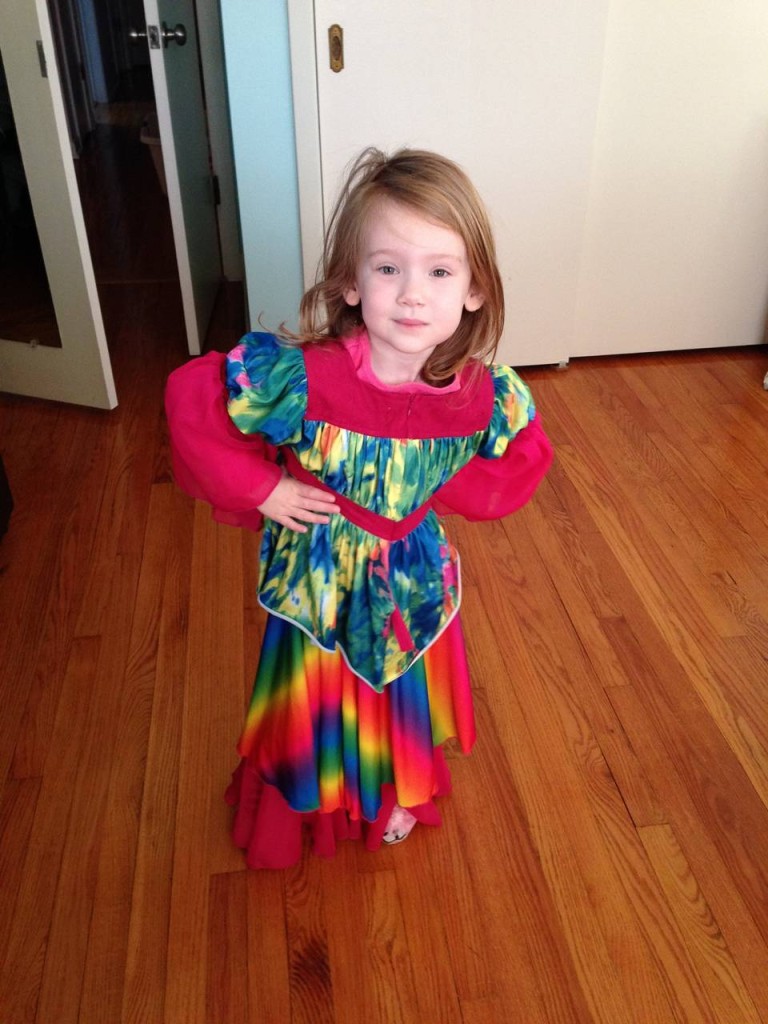 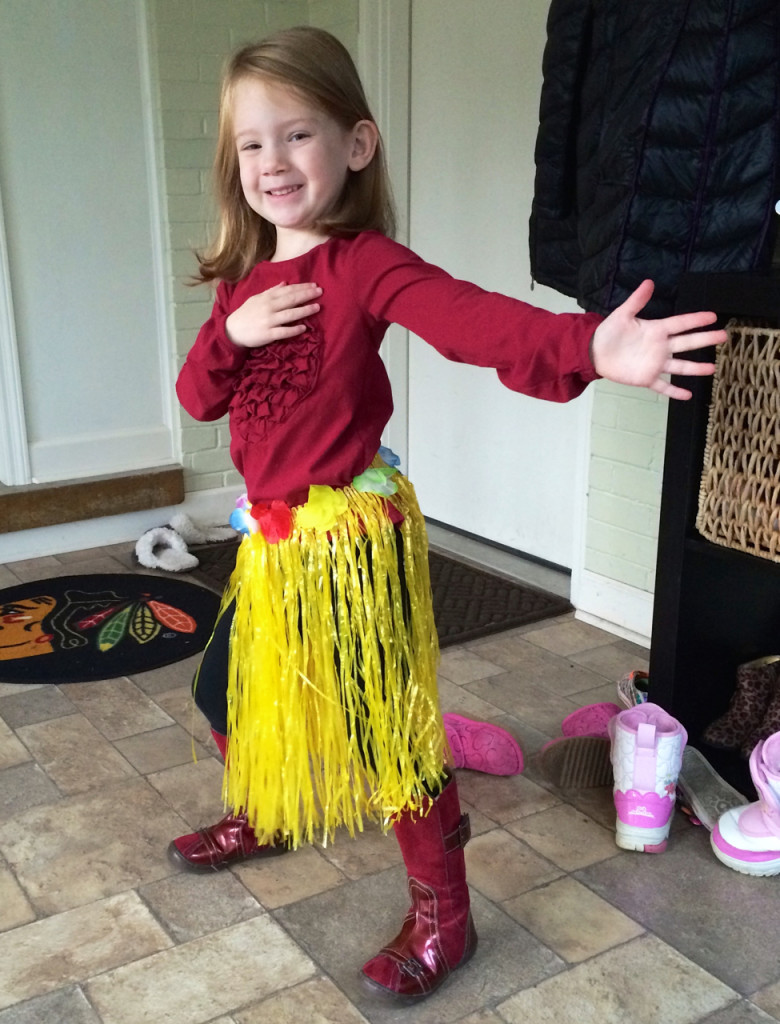 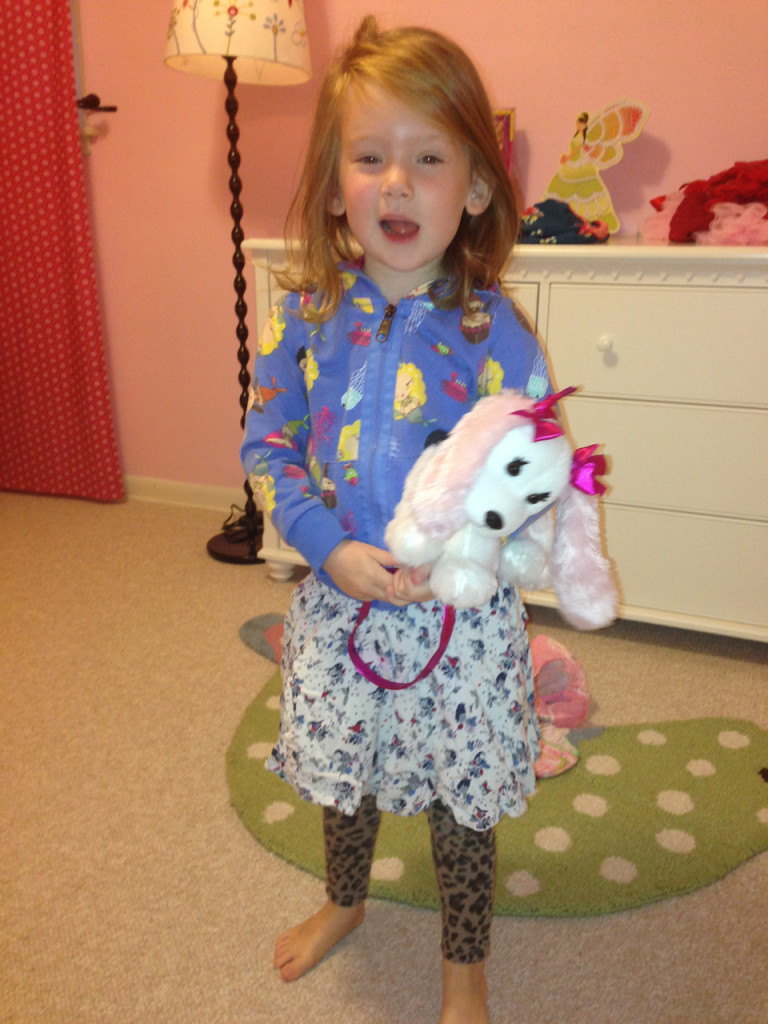 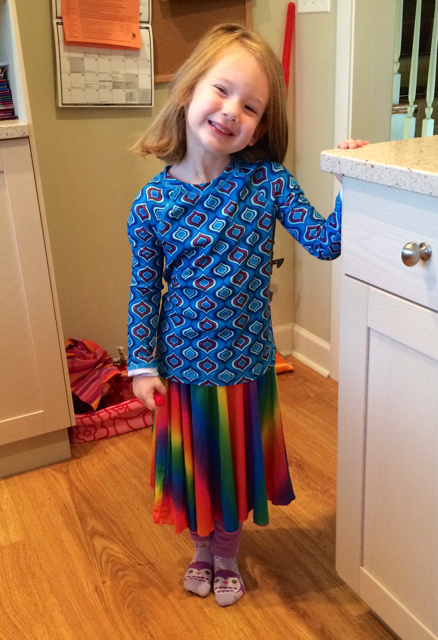 When I drop her off at school I see girls everywhere wearing these super cute matchy-matchy outfits and here I am wishing I brought along my bullhorn so I can make a public service announcement to the world.

ME: I DID NOT DRESS MY CHILD TODAY!!!

But it really wouldn’t matter because I know what a few of the moms are thinking. Not all of them, but a few. They’re thinking How the F can you let your child wear that in public?

So I’ve been racking my brain and giving it some thought to come up with an answer to their question and I think I’ve come up with my answer. I don’t really give a shit what she wears. I mean no, I don’t let her wear ANYTHING she wants, like it can’t show too much skin and it can’t be like a bathing suit in the middle of winter, but if my kiddo thinks she looks awesome, that’s what matters. Yup, kiddo, if you’re holding your head high, then you rock that fugly outfit.

And no wonder she thinks she looks awesome. I mean if kindergarteners designed the runway, it would be pink and purple and sparkly and rainbowy and clashy and gaudy and a lot of other bad “y” words. But that’s the shit they like. So I try to let her express herself.

And then this happened.

A month or so ago we were hanging out at this park when we saw this girl who probably about ten or eleven and she had her hair dipped. Do you know what that is? Basically it looked like someone dipped the last few inches of her blonde ponytail in blue ink. Was it cool? Yeah. But she was older. A lot older. So when Zoey asked, “can I get that,” my answer was an emphatic “we’ll see.”

Cut to a few weeks later.

ZOEY: Mom, when can I get my hair dyed like that girl?

Even though I knew exactly what girl she was talking about. I was stalling.

ZOEY: The one at the park.

ZOEY: I want mine pink.

ME: Of course you do.

And then I thought about it. A lot. She’s only five and a half. Is she too young to get her hair dyed? Will the other moms judge me and think I’m being irresponsible? I mean other girls her age are getting their ears pierced and that’s way more permanent. Hair-dipping only lasts like a month. And who am I to say no? I mean yeah, I’m her mom and I say no to shit allllll the time, but that’s to candy and weapons and other shit that will hurt her. This is totally different. This would be saying no to her creativity. And if wearing something creative builds her self-confidence, then who am I to say no?

So I took her in to get it done.

She’d never had her hair washed like this before and she was verrrrry skeptical. 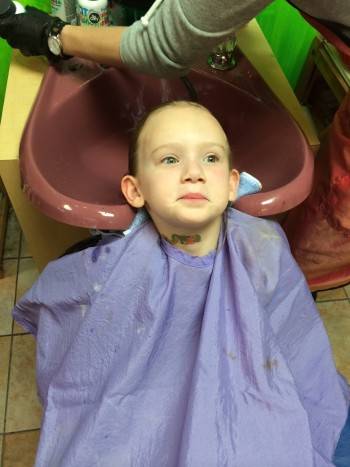 Yes, that’s a dragon tattoo on her neck. She went through a two-day goth phase.

And then the unveiling. Eeeeeeks, you should have seen her face when she looked in the mirror. She was, hmmm, this is gonna sound totally cheesy, but she was tickled pink. 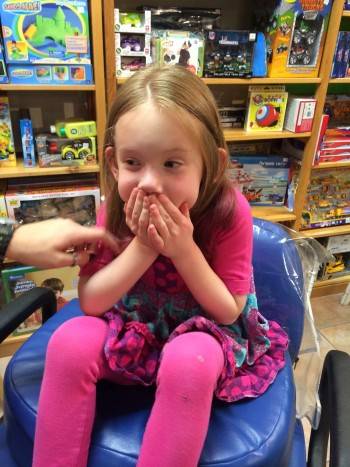 Da da da daaaaaaa. And here it is!! 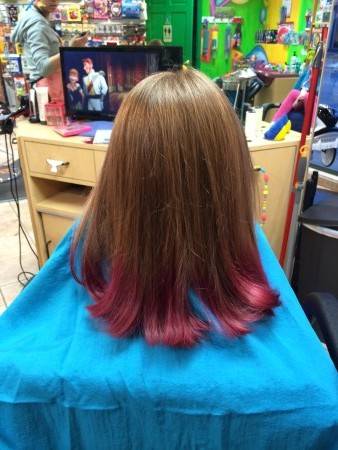 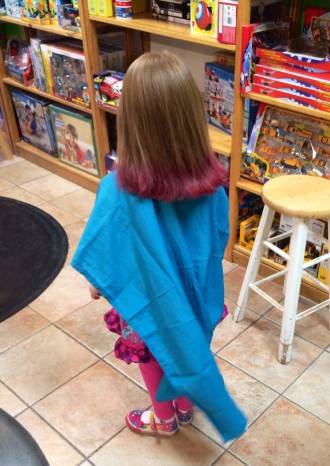 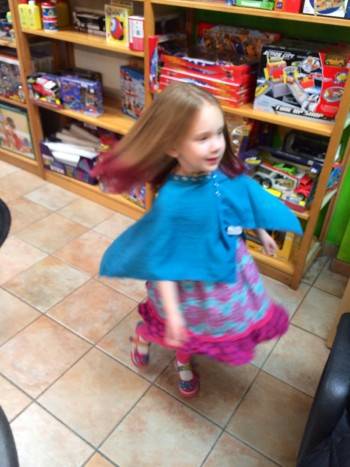 Personally I really like it. Plus we live in the totally boring burbs so I’m kinda psyched that she has a funky side. And I get to call her Pinkalicious now. Well, once I did, until she said Mommmm, and made me swear I’d never do that again.

I mean if she had picked black or green or a mohawk or her whole head or something, I don’t think I’d be loving it so much, but somewhere down the line I’m sure she is gonna pick things I don’t like. And yeah, I’ll probably try to convince her not to do a lot of shit over the years because I don’t like it, but I hope I don’t always succeed.